The model-designation number of the Flip 6 tells us that this popular speaker has been around for quite a while. And this time, it appears that JBL is turning over new models fairly rapidly, as I just reviewed the Flip 5 last August. At first glance, this new version looks much like the previous one, but there are in fact quite a few differences and upgrades. At $129.95 (all prices USD), the Flip 6 is still a bargain, even when you consider that the price of the Flip 5 has been reduced to $109.95. Is the Flip 6 worth the extra $20? I think so, but a lot depends on the needs of the buyer.

Unpacking the flip-top box, you’ll find the Flip 6, a USB-A-to-USB-C charging cable, a quick start guide, and warranty and safety information. Notably absent is the nice carrying case that came with the Flip 5. And unlike the Flip 5, which was available in myriad colors, it seems the Flip 6 is now limited to five in the United States (black, gray, teal, red, and blue), though more are available in other countries. 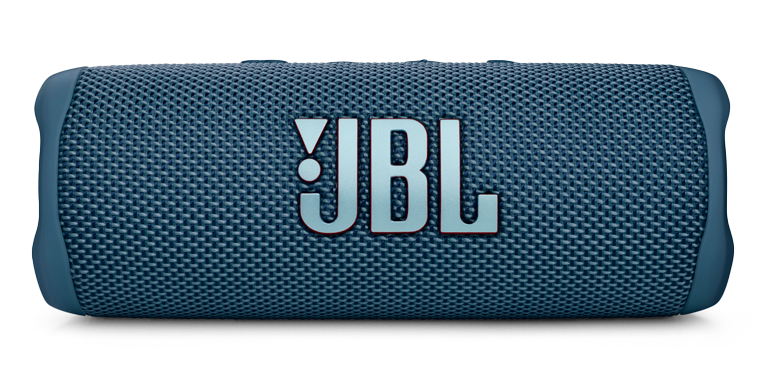 The most obvious visual design changes are that a large logo in raised letters replaces a smaller one, and there is less plastic wrapping around the speaker and more easier-to-handle cloth-like grille material. JBL has also added a little rubberized strip on the bottom to keep the speaker stable when it is rocking out with loud music. Otherwise, the controls are the same. There’s a strip near the bottom with the power and Bluetooth buttons, the battery life indicator, and the USB-C charging port. The speaker comes with a bungee cord loop so you can hang it almost anywhere. The additional controls are still nearly hidden on the back and include play/pause and skip forward/skip back, volume up, volume down, and PartyBoost, which allows you to pair two compatible speakers for stereo sound or a huge number of speakers for powerful mono sound.

The Flip 6 is almost identical to the 5 in terms of its size: 7.2″ high and 2.6″ in diameter. At 1.33 pounds, it weighs a tiny bit more than the Flip 5. Internally, the big difference is that there are now two drivers as opposed to just one in the Flip 5: the Flip 6 has a main driver for low and midrange frequencies and a separate tweeter for high frequencies. Built-in power for the midrange-woofer is 20W RMS, while 10W RMS is available for the tweeter. The passive radiators at either end of the cylinder, each emblazoned with the JBL “!” logo, appear to be the same as those on the 5. 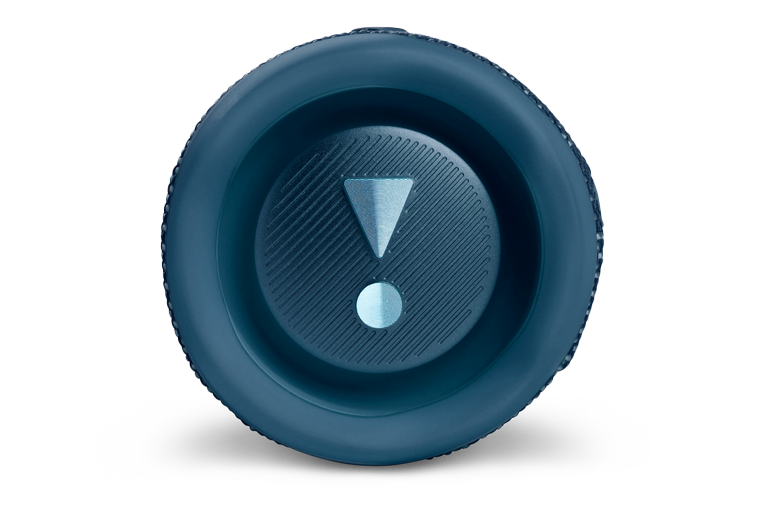 The Bluetooth version is 5.1. Charging time is 2.5 hours, and the maximum playing time is 12 hours, though you can only achieve this if you’re playing at very low volume. The Flip 6 is also waterproof (IPX7) and dustproof.

The Flip 6 proved just as much fun to use and just as simple to control as the Flip 5. It paired instantly with my device and all of its buttons worked perfectly, though perhaps with a slightly softer touch than usual. I still found the buttons on the top hard to locate as they are not backlit, and I’d recommend this be addressed in the inevitable Flip 7.

The free JBL Portable app was easy to install and enabled access to the three-band equalizer. Granted, the equalizer is not terribly sophisticated, just lows, mids, and highs. But it is useful for sculpting a somewhat personalized sound with the unit. JBL appears to have exaggerated the playing time: listening at a not-uncommon 75% volume level, I was only able to get about eight hours of playing time. The unit did, however, charge very quickly, as per JBL’s specifications. 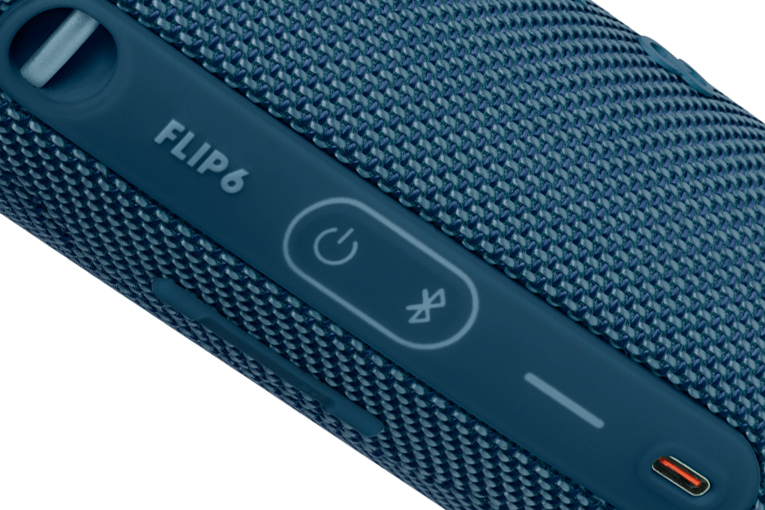 The Bluetooth range was about 22′ in my home; no doubt it would have been greater if I had an unobstructed outdoor view. I took it in the shower and dropped it in a pail of water with no ill effects.

The sound of the Flip 6 was very close to that of the Flip 5. The bass was solid and focused—the little passive radiators banged away producing credible punch. The midrange showed lots of presence, and overall, the Flip 6 played loud enough in every use scenario I found for it. I was unable to push it into audible distortion. The highs, however, were much sparklier and more transparent than those of the 5. Playing around with the equalizer for a while, I found that I liked the sound best when I left the midrange alone, boosted the bass one or two notches, and cut the treble back a notch.

“You Don’t Dream in Cryo,” written by James Horner for the soundtrack of Avatar (16-bit/44.1kHz FLAC, Atlantic/Amazon Music HD), is all about sustained orchestral chords, overlaid with rhythmic drumbeats of various sorts. The effect is quite hypnotic, and the Flip 6 made things absolutely clear—overall clarity being the hallmark of this design. I could have used more bass in absolute terms, but perhaps that would be demanding too much of a speaker so small. 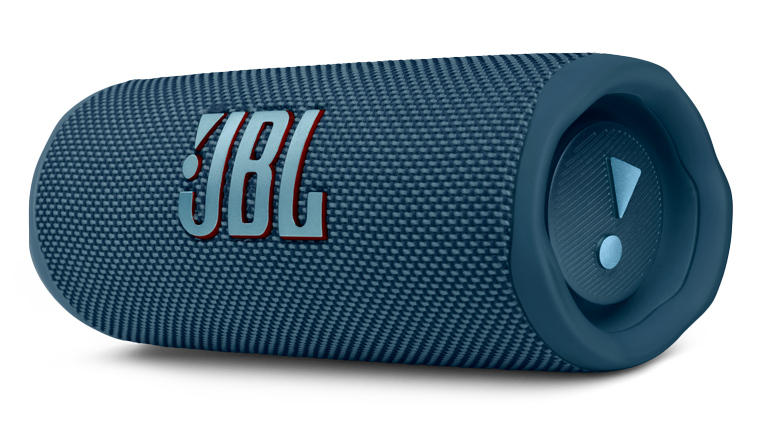 Then I moved on to something completely different: a tune with razor-sharp barroom piano, bubbling bass, incessant drum licks, and insane vocals. “Ob-La-Di, Ob-La-Da” from The Beatles (16/44.1 FLAC, Apple Music/Amazon Music HD), a reggae-tinged hit, is one rollicking experience. And the event was certainly well delineated by the Flip 6. I am sure this would be dandy and downright irresistible with two Flips in stereo. As it was, the single speaker delivered crisp-and-clear highs from that dedicated tweeter.

Something quieter seemed in order next: Norah Jones performing Hank Williams’s “Cold, Cold Heart” on her debut studio album, Come Away with Me (16/44.1 FLAC, Blue Note/Amazon Music HD). The track consists of just piano, drums, and bass underneath the vocals. It was all very transparent, and the new two-driver arrangement of the Flip 6 succeeded with flying colors. I particularly liked the way the Flip 6 portrayed the vocals: there was lots of detail to showcase Jones’s voice, the centerpiece of the music.

JBL’s Flip 6 is an attractive speaker in its price and size range. It’s waterproof, it’s easy to use, and it sounds quite good. It works with a free app and has a graphic equalizer so you can tailor the sound. You can connect two of them for stereo sound, too. If you can find the Flip 5 at a ridiculously low price, you might want to consider it, but with the Flip 6, you’ll get added features and, most importantly, better high-frequency sounds.