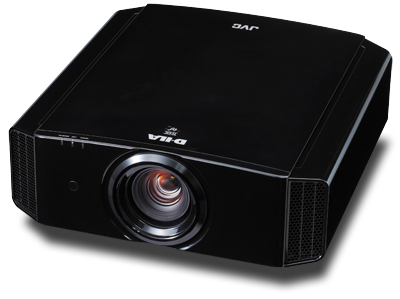 I’m in the market for a new car. While I’d prefer to buy American, I’m open to anything. My father, other than a dalliance with catfish-styled Citroëns, was a devoted and stalwart Chrysler man. That meant no drama when new-car time came around: Just head to the old Chrysler dealer and order up a big car in his favorite color.

I have no brand dedication. Whatever appeals, I buy. Over the years, I’ve owned cars and trucks from Fiat, Volvo, Porsche, VW, Nissan, Ford, Chrysler, Dodge, Mercedes-Benz, Honda, Cadillac, and several more I can’t remember. Some have been money-sucking turkeys (the Mercedes and VW Rabbit, both diesels), and others have been unexpected delights (two VW Karmann Ghias, both of which I sold for more than I’d paid).

But every time I buy a car, I look for a few specific characteristics. (My criteria probably differ from yours, but that’s why they make so many models.) It has to have comfortable seats and a reputation for reliability, and it has to be built for what I need. Sometimes we need a Dodge Ram pickup for duties on our little ranch, sometimes all I need is something to get me from one place to another. A few years ago, I wanted something with a little zoom, but the Porsches cured me of that. Or at least so I thought. Lately, I find the Chrysler Hemi to be kind of interesting. Finally, the car must have room for a subwoofer.

I bring all this up because, when it comes to video projectors, I’m close to becoming just like my father. In my case, the default brand is JVC. It’s not that I wouldn’t default to diversity in a heartbeat if something better came along -- it’s that nothing better ever does.

The DLA-X70R ($7999.95 USD) comes clad in lovely gloss black, in packaging that protected it from the tender ministrations of UPS. The Styrofoam packing for my reviewers’ sample was beginning to break up, but the likelihood of you having to frequently ship your projector is almost zero, so not to worry. Like all JVC projectors, the X70R is a bit bulkier and a good deal heavier than competing DLP projectors, but that doesn’t bother me. When we built this home theater, we had a Runco projector the size and weight of a refrigerator bolted to the ceiling joists -- compared to that, the 30-pound, 18"W x 7"H x 19"D DLA-X70R is compact.

Something over 90% of projector buyers set them up as front projectors, mostly for reasons of convention and the cost of real estate. I’ve always preferred to set mine up as a rear projector. Early on, this was a defensive move. Watching the projected image through a piece of glass is the equivalent of looking straight into the guns -- it yields the highest possible brightness. Projecting an image onto a reflective screen automatically reduces the amount of light reaching the viewer’s eyes. In my opinion, Stewart Filmscreen’s StarGlas 100 screen is better than any flexible material used for front projection, even Stewart’s own StudioTek. Plus, having the projector in another room eliminates problems of noise and heat. Luckily, manufacturers have gotten better at boosting light output while reducing heat and noise, and though I still wouldn’t trade my rear-firing setup, I could easily live with the DLA-X70R used as a front projector in close proximity.

JVC has introduced two features that make a significant difference for certain viewers. The most useful is for folks who have 2.35:1 screens. With the X70R, you can forget all those jury-rigged anamorphic lenses. Instead, all you have to do is zoom the picture until the image fits the screen. JVC has given us three memory slots for the lens that automatically alter the image in every plane: horizontal and vertical lens shift, zoom, and focus. That means the X70R not only adapts to 2.35:1, but even to oddballs like Lawrence of Arabia’s 2.20:1. Or what about The Hobbit: An Unexpected Journey? It’s being released in 1.44:1 (the IMAX 3D version), 1.85:1 (the digital 3D version), and 2.35:1 (theatrical release). Given Peter Jackson’s affinity for multiple releases, being able to see any of them sans horizontal black stripes with just the push of a button is like manna. And getting rid of the silly external anamorphic lens is a blessing because, no matter how good they are, they’re guaranteed to steal light and add distortion.

The other introduction with the new JVC projectors is called 4K e-Shift technology, which allows the projector to output a sort of matrixed 4K (3840x2160) picture. The D-ILA chips are still 1980x1080, but it’s similar to the concept of upsampling audio. You have to have a seriously good setup and near-perfect light control to see the difference with e-Shift, and it’s still slight, but I applaud the effort.

One caveat, and sadly, it’s an industry-wide problem: We have only two HDMI inputs. When the electronics are as good as they are in the DLA-X70R and its sister DLA-X90R, why would we want to run the video signal through something on the way, and run the risk of degrading the signal with more electronics, switches, and cables? When I installed the DLA-X70R (a problem you won’t face -- your dealer will do it for you) I had a significant and persistent black-crush problem that ruined dark scenes. I finally had to ask JVC to help me track it down. The solution provoked a nervous blush on my part.

I can’t tell you how many times I’ve gotten letters from folks who ask about signal chains. I’ve always told them they had to pick which piece of gear would be in charge of the final picture. If I had only remembered my own advice, I would have checked my Onkyo receiver and signal generators to see if I’d shut down their signal processing. I hadn’t. As soon as I did, the black crush disappeared. Still, if I’d had enough HDMI inputs for my DISH, Oppo, PlayStation 3, Roku, et al., the trouble would have been less probable. JVC isn’t alone here. I just wish we could start to see six or eight HDMI inputs on the rear panels of projectors.

Regarding ease of setup, unless you’re a THX- or ISF-certified technician, leave it to the pros. You can get a perfectly functional signal by starting with the factory presets and making a few tweaks. But the depth of the DLA-X70R’s setup menu guarantees the best possible picture in any environment, and trying to muck around in the deep menus ensures a mess. When you’re spending this much money on a piece of gear, getting chintzy with setup is not a good idea. I’m pretty sure most dealers will have installers who know what they’re doing, but check them out first. And if you buy online, you can use your savings to hire the best setup person in your area.

I keep going back to JVC for something inherent in the designs of their projectors. JVC’s D-ILA system simply outguns the rest in terms of black levels. That means that every color in the rainbow is brighter, even grays. And unlike many other systems, JVC’s has no weird pumping auto-iris system.

One of my favorite test discs is the Blu-ray of Citizen Kane -- it’s a stunning transfer of Orson Welles’s black-and-white masterpiece. The shadowing and deep, dark detail are amazingly realistic, drawing me straight into the story. For a more modern film, and a demo piece to impress your friends, try Super 8. Go to the chapter where the boys convince Elle Fanning to try out for the camera, then marvel at her incredible performance -- and, of course, what comes after. Lighting, skin tones, depth of field, and a touch of mayhem all show how the DLA-X70R’s deep black levels help give everything texture and realism.

The DLA-X70R’s 3D performance was superb. Avatar’s little floaties looked as if they were about to land in my lap, and the depth of field was startlingly accurate. Some other publications have been concerned about flickering with the 3D, but I believe that’s caused by a slightly weak infrared signal from the 3D Synchro Emitter. When I positioned the emitter so that it had a straight line of sight to our seating area, the flickering stopped. Still, I can imagine there might be a problem or two if you’re trying to bounce the IR signal off a wall or screen. JVC’s next-generation projector, the DLA-X75R, available in a few months, will transmit the 3D signal via UHF, which should eliminate any such problems. The DLA-X70R will be upgradable to the new emitter, however, and that will be a worthwhile investment.

My vote for the best use of 3D to date is Hugo. I think Martin Scorsese’s most interesting films are those in which he departs from his urban-dystopia mode and tries something new but still close to his heart. I’ll be thrown out of the cloaked brotherhood of les critiques de cinéma for saying so, but my favorite Scorsese film is New York, New York. I think it and Hugo forced him to rethink much of his technique. I like Hugo as an example of 3D for its incredible richness of detail, especially as Hugo crawls around in the innards of Paris’s infrastructure. It provided a perfect test of what the JVC excelled at -- the dark backgrounds help all the details pop off the screen.

JVC has given its projectors high-medium prices. At $7999.95, the DLA-X70R is pushing away from other projectors -- from Sony, Mitsubishi, Epson, Panasonic -- that are claimed to have similar performance. Though the DLA-X70R costs nowhere near the gulp-inducing sums asked for projectors from Runco or Sim2, still, it reminds me of two companies that gave me everything I wanted, if at slightly higher prices. That Porsche 944 was the sweetest driving machine I’ve ever owned. The customer service was great, I could fit my big old torso in it comfortably, and it had a huge space for a JL Audio subwoofer.

The other such company is Oppo. At a time when you can buy a really good Blu-ray player for under $200, Oppo’s BDP-103 ($499) might seem a stretch. It’s one I’m willing to make. They make great BD players, and, as a bonus, they’re turning into core pieces for management of your entire audio/video library, as well as streaming media. Plus, a phone call to Oppo for help energizes a whole team intent on finding and fixing your problem. None of that "It’s the other company’s fault."

Yes, the DLA-X70R is a little more expensive. But its picture is gorgeous, and the D-ILA technology has a contrast ratio that’s virtually infinite. I have a distinct distrust of auto-iris projectors. Maybe I’m imagining it, but I always feel I’m experiencing some kind of pumping, and I find that distracting. JVC is able to accomplish their incredible contrast ratios without using auto-iris technology.

Then there’s the DLA-X70R’s ability to maintain the height of your screen, regardless of aspect ratio. That is both incredibly convenient and precludes the use of an external anamorphic lens. The frosting: It looks good, and JVC’s customer service makes you feel as if you’re part of the family.

The DLA-X70R is another in a very long line of winners from JVC. Highly recommended.