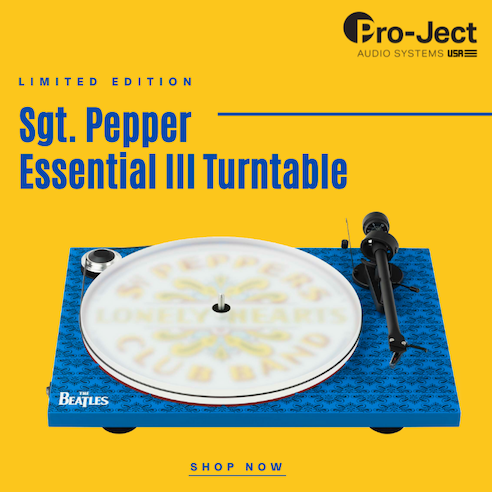 Roku 2 and Hulu Plus: Time to Finally Cut the Cable? 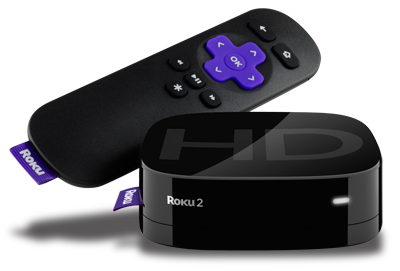 Hulu, Vudu, Roku -- they all sound alike. That damn u at the end is not helpful but obfuscational. How are we supposed to remember which does what? For those who need to know, here are the differences.

Roku’s new second-generation miniature players are called “streaming players” and include the LT ($49.99 USD), HD ($59.99), XD ($79.99), and XS ($99.99). The LT and HD can do only 720p. The XD moves to 1080p. And the XS adds a remote control that can be used for gaming, a full copy of the video game Angry Birds, and USB and Ethernet ports (the other three models are wireless). Each Roku 2 model measures about 3”W x 1”H x 3”D and weighs a mere 3 ounces. I connected the Roku 2 XD using a Silver Serpent HDMI cable, which was stiff enough to suspend the Roku in mid-air. I anchored it to the shelf by placing atop it an artsy piece of stone.

The big channels for Roku are: Netflix’s streaming service (assuming they haven’t put themselves out of business with massive managerial incompetence); Amazon’s Instant Video, which offers free rental and purchase options; and the quite useful HBO Go channel, which offers immediate access to everything HBO has ever made. Want to see The Sopranos again? Check. In Treatment from the beginning? No problem. Unfortunately, the Roku doesn’t allow you to completely sever your cable: To get HBO Go, you have to subscribe to HBO through your cable or satellite. 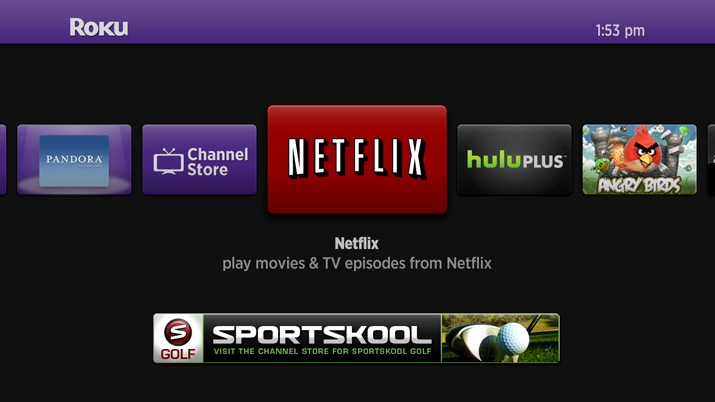 By the way, is anyone else dissatisfied with the garbage that makes up Netflix’s streaming portfolio? The signal-to-noise ratio is silly. Yes, they do have some nice documentaries, and a few -- a very few -- classic films. But if you want to watch a new release, forget it. Amazon’s Instant Video makes a nice selection of TV shows and a few good films available for free with their Prime membership ($79 annually), which includes free two-day shipping on items from Amazon. But again, almost nothing new. On the other hand, if you’re willing to pay the rental or purchase, Amazon has virtually everything.

Hulu Plus ($7.99/month) operates through the Roku 2 seamlessly. Moving from the free version of Hulu (computers only, unless you have something like the Logitech Revue, which places an Internet homepage on your TV) to Hulu Plus gives you easy access for your TV, tablet, smart phone, or game set. It also grants access to current and past seasons from such networks as Fox, NBC, ABC, Comedy Central, SyFy, and others.

And Hulu Plus adds a most interesting bonus. I’m happy to give them $7.99 each month because they’ve made most of the Criterion Collection available for streaming. For those of you who may not have run across this spectacular company, they focus on the most interesting films by the world’s greatest directors: Antonioni, Bergman, Chaplin, Fellini, Godard, Kurosawa, Malle, Mizoguchi, Rossellini, Truffaut, etc. And for those like me with stranger tastes they have works by Jarmusch and my all-time favorite American-indie hero, John Cassavetes. They even have all the Zatoichi samurai flicks. I didn’t count, but more than 600 Criterion Collection titles seem to be offered -- a lifetime’s study of the best of historic cinema. And though the Criterion library has some very sexy films (such as I am Curious (Yellow) and Premiers Désirs), there ain’t no hairy bobbin’ man-asses.

The Criterion Collection includes many of the films that would be on my own list of the top 20: Stagecoach, City Lights, Rashomon, Walkabout, The Wages of Fear, The Ruling Class, To Be or Not to Be, and more. Of all those films, where did we start?

It was Guillermo del Toro’s first movie, Cronos (1994), the only one he’s made that my wife and I had never seen. Fans of Pan’s Labyrinth or the Hellboy films will be amazed to see del Toro’s vision already fully formed. After starting as a casting director at age 21, he worked his way up through the ranks until, at 29, he directed Cronos. Ron Perlman, who would later be Hellboy, is both vicious and funny as the inept villain. The standout actor is Federico Luppi, who is also featured in two of del Toro’s later films. This veteran actor, with over 100 titles in his filmography, has no presence in English-language cinema. What a shame.

As we watched, we both commented on how beautiful the picture was -- testament to del Toro’s filmmaking, but also proof that the Roku-Hulu combo was doing its job. But we also thought how sad it was that we would be missing all the glorious extras and the scholarly booklets that always accompany Criterion discs. Well, there’s nothing to be done about the booklets, but when we got to the end of Cronos, lo and behold, there were all the extras. We watched a new one, of del Toro giving a tour of his own personal house of horrors -- a prime example of the careful work the producers at the Criterion Collection lavish on all their films.

Hulu also came to the rescue with Terra Nova, a new TV show I’m trying to like. We’d recorded the most recent episode and sat down to watch, only to find that a late-running baseball game had decimated the entire show. No problem -- just switch over to Hulu and watch the episode there. You can’t cruise through the commercials, but at least they limit them to two per break. Again, we were amazed at how good the picture was. The first iteration of Roku wasn’t even in the same league as this. Owners of original Rokus, toss them in the trash. That’s how much better the Roku 2 XD is.

Back to Hulu Plus. It works with a number of platforms: Xbox, PlayStation 3, Roku, Apple and Android devices, and TiVo. It also works with Blu-ray players, and with certain TVs made by LG, Panasonic, Samsung, Sony, and Vizio. So you may not need a Roku player just for Hulu Plus. Nor do you need a Roku for Netflix, Amazon Instant Video, or HBO Go. But unless all of those are resident on your current system, the Roku offers a competent, simple, inexpensive solution.

Plus, Roku offers more channels. You can subscribe to soccer, hockey, or ultimate fighting. For those who like to get their news from crazy people, there’s the Glenn Beck channel. They also have CNET, Chow, and AOL HD. Crackle is another of their touted channels. It has about 300 films, mostly action movies or sex comedies, and about 100 TV shows, mostly animé and older series. Roku also offers Epix, which you probably already have via your cable or satellite service. The difference is, here you can choose when you want to see something. They also offer Pandora, and if you haven’t found a way to get it to your home theater or, even better, a whole-house distribution system, it works very nicely. Just log in and you’ll find all your playlists. You can even set the Like/Dislike feature using the Roku 2’s remote.

By the way, that remote control has been well thought out: you just scroll to the station and select it. It’s easy to use -- entirely intuitive -- and will work from a decent distance. Unfortunately, it’s a line-of-sight remote, so you might consider doing what I did: buy a cheap app for your smart phone or tablet. As long as it is connected to the same network as the remote, it can operate the Roku 2 XD from anywhere. I chose Roku Remote ($1.99) because you can type with it, which makes searches much faster. No matter which remote, part of what makes the Roku 2 XD a delight to use is its elegant GUI. It’s simple and responsive, and gets you where you want to go with a minimum of key-pushes.

I do wish they had a typable search engine that would cross all of the XD’s channels. Say I wanted to work out a John Ford fixation -- it would pop up a list of all the films or documentaries by or about Ford offered by all channels. That should be a simple piece of programming that they could drop down the line as an update.

Can you cut the cable yet? Local TV offers a few good shows and the live sporting events. Add a Roku 2 and you would have plenty of entertainment. But I’m too addicted to my DISH. Where would I get NBA without TNT and ESPN? Some of the series on AMC and Showtime (Penn and Teller rule!) are too fun to miss. And I couldn’t live without the ability to time-shift what I watch. Still, if your tastes run to classic films and documentaries, or if most of your favorite shows are on Hulu’s channels, you might just be able to pull it off. In any case, the Roku 2 XD is a hell of a bargain at $79.99, and they offer free shipping and a 30-day return policy. It’s a no-brainer for any home-theater aficionado.