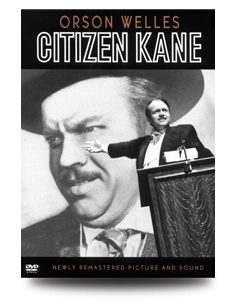 Citizen Kane opens with three minutes of the most haunting and influential imagery ever committed to celluloid. A man dies, alone, in the dark, whispering the word "rosebud." We then switch to a newsreel about the death of wealthy publisher, Charles Foster Kane. Clearly a man of magnificent wealth and phenomenal egotism, we learn about his life from a reporter’s view. But one of the documentary directors wants to get more; he wants to get into the person and find out what made him tick. He sends reporters out to find the whole story from various individuals close to Kane.

We flash back to Kane’s mother, who strikes it rich with a gold mine. She wants to separate the boy from his ne’er-do-well father and the hard life on the Colorado frontier, so she puts most of the money in a trust and sends her boy away to boarding school with the sons of the rich and powerful. He is to come into his inheritance at age 25 (not so coincidentally, the age of Welles when he made Citizen Kane). By this time, through the work of his trustee, Kane has become the sixth richest man on earth, and a person more interested in pursuing pleasure than commerce. After being thrown out of Harvard, Yale, Princeton, and Cornell, he decides that one little piece of his business empire interests him -- a little run-down newspaper in New York. Citizen Kane follows his life from pride to isolation.

What makes it great?

Citizen Kane was nominated for nine Academy Awards, but only won for its script. Unfortunately, it was up against a juggernaut in John Ford’s How Green Was My Valley, which won both Best Picture and Best Director. Over time, Citizen Kane gained in stature -- to the point that in 1998, the American Film Institute picked Citizen Kane as the best film ever made. For those of you that may not know the film, let me try to explain why.

First, a little history. When the RKO film studio approached Welles, they offered him something unprecedented in the sound era: total control. He could write the script, choose the cast, direct it, produce it, star in it, and have the final cut. They did it because Welles was a wunderkind, a star in radio and theater, someone who could lend credibility and eminence to their studio. Both he and RKO wanted to show the world what was possible when you juxtapose art with commerce. 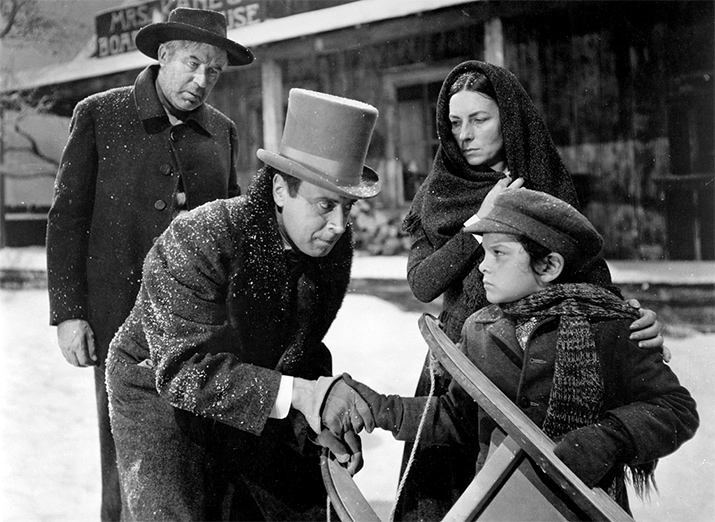 Even the most rabid anti-auteur theorists would have to admit that Welles was the creator, instigator, and dynamic force behind Citizen Kane. He was a faultless director, writer, producer, and actor. Wearing his mantel of "kid-genius" with absolutely no modesty, Welles reminds of nothing so much as that Tiger Woods ad where he bounces his golf ball in the air while doing some acrobatics and then slams it into eternity from midair. The guy is the best, knows it, and wants to show it. Part of the fun of Citizen Kane is watching the subtext. Outwardly a massively depressing film, the actors (mostly members of Welles’ Mercury Theater in New York) seem to be having so much fun, they have to work to sadden us. This stems from Welles. It’s hard to miss the "kid-in-a-candy-store" undertones, like a great stage actor who drops his persona for just a second to let you know that he knows he’s giving a wonderful performance. Welles’ youthful exuberance always leaves you feeling that he’s winking at us, whispering it’s only make-believe. Watch the relish he takes in chewing up the scenery during the scene where he wrecks his wife’s room (chapter 28). Notice the absolute whiz-kid brilliance in the way he shows the slow dissolution of a marriage in just two minutes (chapter 14). Most of all, remember that this is the director that threw in one of the greatest red herrings in film history with the famous word "rosebud." (Pauline Kael called it a gimmick, a device that simply allowed the story to unfold.)

But one person alone, even if it's Orson Welles, doesn’t bear total responsibility for the success or failure of a film. Luckily for us, he surrounded himself with the finest Hollywood had to offer. Most importantly, he brought in cinematographer Gregg Toland (Wuthering Heights, The Grapes of Wrath, The Long Voyage Home,The Best Years of Our Lives). Those of you who read this column regularly will start to see some names over and over: directors like William Wyler and John Ford (Welles watched Ford’s Stagecoach over 40 times while he was filming Citizen Kane). Part of what made them great was their crews. Both Wyler and Ford used Toland whenever they could. He was also Welles’ first choice, and it turned out to be a brilliant one. Watch his use of light in chapter 3 as the writers discuss how to get a more human angle on Kane. Has there ever been a better cinematographer when it comes to composing a frame? Look again at the opening few minutes and the focus from the glass globe to the lips. His style was unorthodox, weird, even in its own day. His use of lenses and deep-focus techniques raised controversy. Today, Toland is taught in film schools, another measure of his importance. Check the ending credits. Directors are notorious for their egos. They want to see their name up in lights, all by itself. But when the final card for Citizen Kane comes up, Welles shares it with Toland, paying homage to the role his cinematography played in the success of the film. Welles later told biographer Peter Bogdanovich, "Up till then, cameramen were listed with about eight other names. Nobody those days -- only the stars, the director, the producer -- got separate cards. Gregg deserved it, didn't he?" 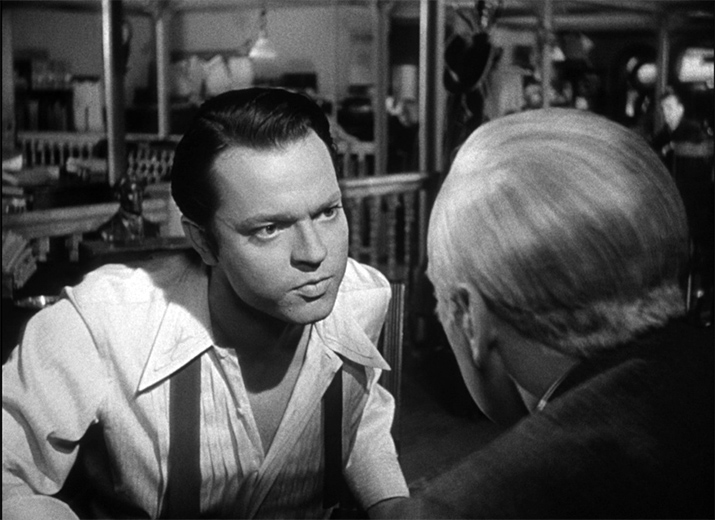 There is that nagging question, though. Is Citizen Kane the best film ever made? I think the film community loves the bodacious attitude, the artistic intent, and the way Welles got away with tweaking the nose of William Randolph Hearst, putative model for Charles Foster Kane. Most of all, I think they like the transparent way that knowledgeable film lovers can see through the proceedings, aspects that the normal viewer misses. It’s sort of like being a member of a secret club. So is it the best film ever made? I don’t know. Let’s just say that no serious film collection is complete without it.

So how about the DVD?

The picture and sound are as perfect as you’ll get for a film whose original nitrate negatives are lost. Shame on Hollywood. Either way, kudos to whoever did the remastering. Gregg Toland’s artful photography is stunningly gorgeous. By the way, don’t be put off by the grainy texture of the opening pseudo-documentary. Film editor Robert Wise (later director of West Side Story, The Sound of Music, and Star Trek: The Motion Picture) dragged the negatives over concrete to give them that "old-timey" look. The remastered sound is also just right.

You can literally spend eight-plus hours going through the extras, including some hidden ones available only on your computer. And none of it is fluff. Roger Ebert provides the best classic film commentary I have heard, brimming with facts, astute observations and arcana (favorite piece -- William Randolph Hearst called a part of his mistress’s genitalia "rosebud"). Peter Bogdanovich provides another commentary track. He knew Welles and was his biographer and a director in his own right (Targets, The Last Picture Show). While his comments are drier and more academic than Ebert’s, he is about as close as we can get to a primary source 60 years after the fact.

We are also grateful for the inclusion of PBS’s "The American Experience" episode entitled The Battle Over Citizen Kane, a 113-minute peer into the entrails of a fight between two massive egos. Nominated for the Best Documentary Oscar in 1995, it is a splendid accompaniment to Citizen Kane. Besides that, we get scenes from the world premiere, storyboards, call sheets (details of what was to be accomplished each day of production), a still gallery, deleted scenes, interviews with Robert Wise and Ruth Warrick, and lots of trivia. To date, Citizen Kane is Warner Brothers Home Video’s masterpiece.