The true geniuses of contemporary music—Charlie Parker, John Coltrane, Jimi Hendrix, to name just three—have had a tendency to flame out like supernovas. Like the massive astronomical objects that become supernovas, these musicians have also tended, at their peak, to obscure anyone else in their immediate orbit. From bassist Tommy Potter—at Parker’s side for his finest recordings—to bassist Noel Redding—one of Hendrix’s two closest collaborators—those who play alongside the biggest stars have struggled to establish their own musical identities.

Pianist McCoy Tyner, who was only 26 when he left Coltrane’s band in 1965, did far better than most. By the late ’70s, he had secured his place as one of the leading jazz pianists of his generation.

But his post-Coltrane transition wasn’t easy.

Despite having revolutionized jazz piano voicings with his use of block chords and harmonies derived from gospel music, he found the years immediately after his departure from Coltrane’s band difficult. With the growing interest in electric instruments, jazz was changing, leaving acoustic players like Tyner on the outside. Returning to his R&B roots, he even found work as a sideman with the Ike & Tina Turner Revue.

Although his work in those years didn’t restore the pianist to the profile—and types of gigs—he had enjoyed with Coltrane’s quartet, he was making some extremely interesting music. Recorded in August 1968, but not released until June 1970, Expansions is the prime example—making it the ideal focus for the Tone Poet treatment by Blue Note curator Joe Harley and vinyl engineer Kevin Gray. Expansions joined the growing list of Tone Poet reissues in early August. Digital enthusiasts can also download a 24-bit/192kHz FLAC version.

Produced by Duke Pearson and engineered by Rudy Van Gelder, Expansions was Tyner’s fourth Blue Note album and it found him exploring some novel textures and percussive elements through the addition of Ron Carter on cello. The other personnel included the expressive young trumpeter Woody Shaw, saxophonists Wayne Shorter and Gary Bartz, bassist Herbie Lewis, and drummer Freddie Waits.

In 1968, the cello was far from being a common instrument in jazz combos. Fred Katz had been featured in drummer Chico Hamilton’s band in the ’50s, and Ray Brown had released a 1960 album called Jazz Cello, but it would be years before cellists like Akua Dixon, Erik Friedlander, and Abdul Wadud became integral parts of improvised music. Tyner’s decision to employ the instrument is just one indication that he was thinking well beyond the prevailing themes in jazz at the time—likely a reflection of his six years with Coltrane, who delved deeply into non-Western music and theology. Another sign that Tyner was tapping unusual sources is his composition “Song of Happiness,” which draws on his travels to Japan for inspiration. While his use of some Asian scales, expressed by Bartz on wooden flute and Shorter on clarinet, seems a bit simplistic from today’s vantage point (particularly when underscored by Thornton Smith’s original liner notes, which refer to “Oriental flavor”), it went beyond the more brazen use of so-called “exotic” sonic flourishes in other music of the time—showing a genuine interest in blending folkloric elements with his bedrock of blues and gospel. 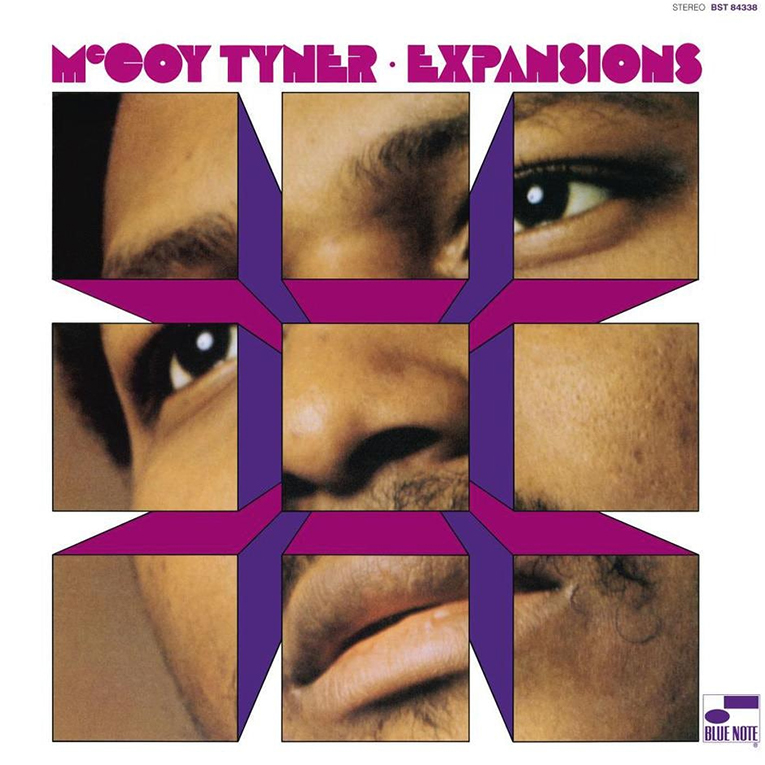 Overall, it’s clear that Tyner was looking to showcase the breadth of his compositional approach, although he did include one piece written by Calvin Massey, his Philadelphia mentor. Massey was a mentor to many of the young Philly players, including Coltrane.

It’s on the Massey tune, “I Thought I’d Let You Know”—which closes the album—that Tyner makes the most use of the cello, giving Carter space to play three arco sections, duet acerbically with Bartz on the theme, and finally to solo over the bass and piano. For his own solo, Tyner shows a side of his playing seldom heard during his years with Coltrane; in place of his usual bluesy block-chord style, here he reaches back to an earlier approach to blues-based soloing.

The cello also takes a prominent role on the opening piece, Tyner’s “Vision,” which begins with a stabbing piano figure and grows in intensity, especially during Shorter’s solo. If a listener craves the Tyner approach to the keyboard that underpinned so many fiery Trane solos, this is where to listen. He takes a rollicking solo after a rapid-fire chase chorus, and then chords powerfully behind a cello/bass duet. Throughout the piece, he illustrates his multifaceted compositional skill, creating opportunities for energetic exchanges in a variety of combinations and using Carter to add palpable texture, both in his arco and pizzicato playing. Shaw, only 23, but already well recorded, demonstrates his growing confidence as a soloist in a quartet setting as “Vision” races to a close.

“Smitty’s Place” is the other up-tempo performance in this mixed bag, featuring a head played by Tyner that sounds like an off-kilter ragtime theme. Taken at a very fast pace, the song includes four sets of duets—tenor/piano, trumpet/alto, drums/piano, and a cello/bass combination that makes interesting use of the contrast between the instruments’ ranges.

“Peresina” is one of Tyner’s best-loved compositions, and the version here is an excellent stage for Shorter’s idiosyncratic improvisational skills. His solo is at once tender and probing over the Latin-tinged rhythm, and his note choices are unlike anyone else’s.

It’s tempting to say that Expansions never got the love it deserved, but some critics—notably Scott Yanow—have called it out as one of the essential recordings in Tyner’s vast catalog. It’s probably more accurate to note that it has been overshadowed by the pianist’s recordings on Milestone and Concord, which frequently made reference to Coltrane’s influence. Regardless of how far he went in his own career, it was never entirely possible for Tyner to escape the saxophonist’s gargantuan legacy.

Finally, a note about quality control: Given the price point of these Tone Poet LPs and the care with which Harley has approached the series, I was disappointed to encounter as much surface noise as I did on the quiet Massey song. In an era when digital sources are so accessible, the presence of ticks and pops is a tempting reminder of why many of us moved away from the LP during the rise of the CD.