Indigenous culture of all forms is gaining prominence, particularly in Canada—a country that is in the midst of a process of “truth and reconciliation” with its Indigenous Peoples. In the past, Indigenous musicians from the continent many call Turtle Island, like Link Wray and the members of Redbone, were rare; today, young artists like The Halluci Nation, DJ Shub, and others are receiving widespread exposure.

Although some mixed-race jazz artists with Indigenous heritage, such as Oscar Pettiford and Don Cherry, achieved fame while identifying as Black Americans, Indigenous jazz musicians never enjoyed the same level of attention as rockers like Wray and Redbone, let alone the heights reached by guitarist Robbie Robertson or singer Buffy Sainte-Marie.

Judging by the scope and intensity displayed on Sweet Tooth, the debut recording by Abenaki bassist, singer, and composer Mali Obomsawin, that may be about to change.

Born on the Odanak reserve in the southern part of the Canadian province of Quebec, Obomsawin—who identifies as “they”—is also a journalist, community activist, and teacher.

If comparisons to Esperanza Spalding are rising in your mind, you’re not alone. Like Spalding, Obomsawin seems too talented to be true.

With a running time of 37 minutes, Sweet Tooth is more suite than album, but what it sacrifices in length is more than compensated for by its focus and intensity. 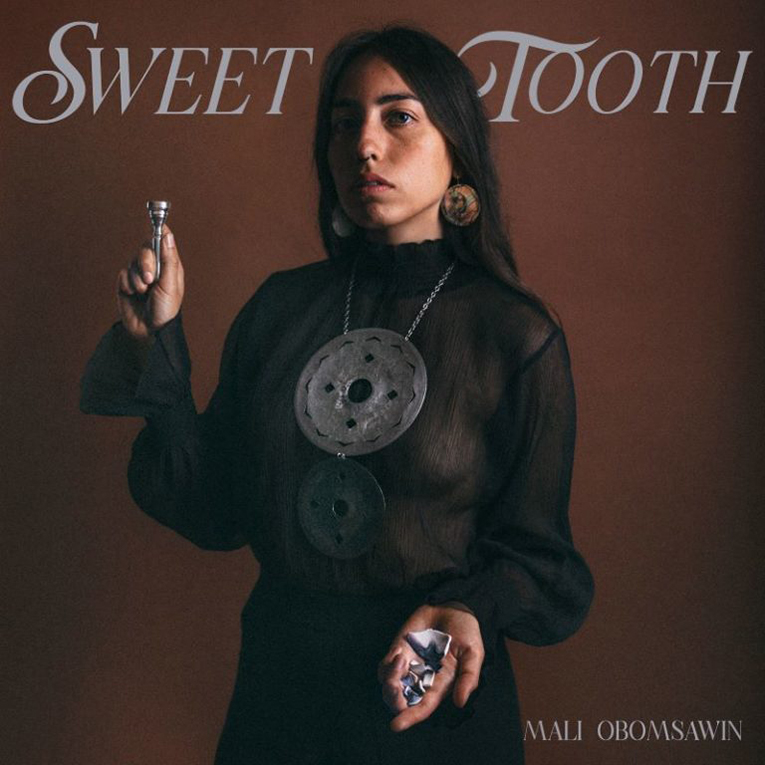 Since entering Berklee College of Music a decade ago, Obomsawin has gone from strength to strength: contributing to the folk trio Lula Wiles, working in another trio with string player Jake Blount and singer Lizzie No, and playing bass with Bill Cole’s Untempered Ensemble.

Featuring her former teacher, Taylor Ho Bynum, on cornet and flugelhorn, saxophonists Allison Burik and Noah Campbell, guitarist Miriam Elhajli, and drummer Savannah Harris, Sweet Tooth is an ambitious record, despite its truncated form. It encompasses spoken word, powerful improvisation, and an open-minded feel that is reminiscent of some of the sweeping recordings of the 1980s, when burgeoning leaders like David Murray and Henry Threadgill created powerful music from disparate sources.

On the opening piece, “Odana,” Obomsawin combines gorgeous, plaintive singing with blended horns, cymbal splashes, and tight drum rolls. The track seems to hover between Eastern European tonality and a kind of defiant stoicism that runs through the work of many of the emerging Indigenous artists in North America. This opening piece slips smoothly into “Lineage,” which begins with a lyrical trio passage on trumpet, bass, and drums before adding the other horns and morphing into a free-blowing combination of voice and wind instruments.

Obomsawin’s approach to the intense, multilayered “Wawasint8da” is reminiscent in form and spirit of bassist Charlie Haden’s classic 1969 epic, “Circus ’68 ’69,” which juxtaposed two instrumentals to recreate the chaos of the 1968 Democratic National Convention in Chicago. Married to a fantasia of interconnecting instruments and jarring, percussive crosscurrents, the vocals blur the lines between mournful and rhapsodic emotions, and pull influences from both Indigenous and Southeast Asian traditions. 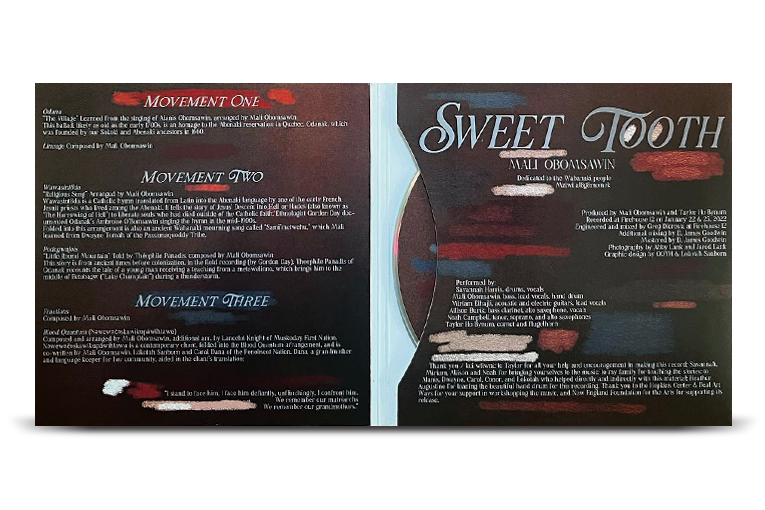 “Pedegwajois” mixes a relative’s spoken narrative with Obomsawin’s bass before adding gentle guitar by Elhajli and some sweet, blended horns. It makes for a gorgeous piece, but the poor mix undercuts the overall effectiveness of the performance.

Much stronger is the melding of plaintive, low horns—Burik’s bass clarinet and Campbell’s tenor saxophone—and a gorgeous, lyrical lead by Ho Bynum on “Fractions.” Creating such a spare-yet-rhapsodic soundstage is one of the toughest challenges in improvised music, but coproducers Obomsawin and Ho Bynum pull it off beautifully.

That minimalist approach carries over into the closing “Blood Quantum,” which opens with a 105-second drum solo and moves into a combination of funk guitar and a spiky horn line, with Obomsawin’s bass churning effectively underneath. The free, funky movement gives way to charged saxophone solos over a swirling backdrop. Again, Obomsawin sounds like they’re channeling some of the most exciting musical stews of the early ’80s.

It has been some time since I’ve heard a new voice in improvised music that has held so much promise on a debut recording. As much as I look forward to hearing more great music from Obomsawin, there’s a part of me that wants to see what else they can accomplish in all the other areas they’re exploring.