By rights, tenor saxophonist Jon Irabagon should be as well known to jazz fans as peers Chris Potter, Mark Turner, or Joshua Redman. A 44-year-old Chicagoan who moved to New York City at the turn of this century, Irabagon won the Thelonious Monk Jazz Competition in 2008, played alongside guitarist Mary Halvorson—one of the most-lauded jazz performers of the past decade—and has been a member of trumpeter Dave Douglas’s high-profile quintet for a number of years. Irabagon has a highly recognizable sound, impressive technique, and a broad scope of musical expression, as demonstrated on 13 albums under his own leadership. Yet, he continues to stay just under the radar of many listeners.

I attribute this to Irabagon’s tenure in the quartet Mostly Other People Do the Killing. Formed by bassist Moppa Elliott in the early 2000s, MOPDtK, as it is commonly known, confounded the jazz community with its blend of blistering technical display and quirky irony. The band plays compositions named after communities in Elliott’s native Pennsylvania, and has a penchant for twisted takes on jazz history; for example, a 2014 recording of a note-for-note interpretation of Miles Davis’s legendary album, Kind of Blue. But, while it might seem that MOPDtK is jazz’s version of Sha Na Na, the quartet came out blazing every time I saw them play. Each original member—Irabagon, Elliott, drummer Kevin Shea, and particularly trumpeter Peter Evans—had virtuosic technique, which they flaunted outrageously.

Did Irabagon’s time in the band (he left about five years ago) somehow cast a shadow over his other work? Was MOPDtK just too weird? Was the band’s presentation alienating?

The answers are uncertain, but if there’s any justice in jazz, Rising Sun will bring the saxophonist the kind of widespread appreciation he deserves. 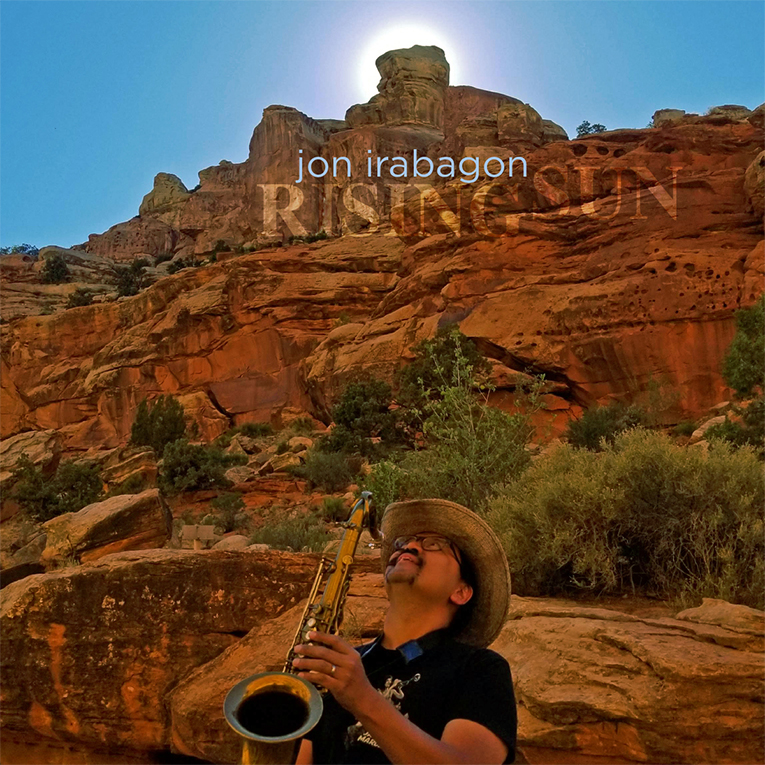 Inspired by a mid-pandemic road trip Irabagon’s family took across the US west, Rising Sun marks the debut of a new band performing Irabagon’s compositions, as well as a contemporary take on Dizzy Gillespie’s “Bebop.” The band features pianist Matt Mitchell, bassist Chris Lightcap, and drummer Dan Weiss, with contributions by trumpeter Adam O’Farrill and guitarist Miles Okazaki on four of the album’s seven pieces.

In addition to some of the brain-clearing moments Irabagon experienced along the way in Utah, Montana, Wyoming, and other parts of the country, he took inspiration from a deep dive into the recordings of John McLaughlin’s Mahavishnu Orchestra, Chick Corea’s Return to Forever, and Weather Report. If you interpret that to mean that Rising Sun features lots of slalom-run instrumental lines and rapid-fire exchanges, you’re right.

The presence of the Gillespie composition—a model of ski-race intensity if there ever was one—signals that Irabagon is taking inspiration from fast, harmonically knotty group play from the roots up.

The first track, “Sundance,” flashes its bebop-era credentials right from Irabagon’s opening rubato saxophone line, executed over Weiss’s driving rhythm. Impossibly tight unison work between Irabagon and Mitchell alternates with the saxophonist’s varied melodic cells: Irabagon frequently worries a repetitive phrase as if trying to evolve it into something grander. Then, in a hairpin compositional turn, Irabagon shifts the band into near-pastoral territory, with Lightcap playing some muted double stops and the leader shifting to a plaintive tone with a slight Caribbean vibe—echoes of Sonny Rollins.

As a composer, that type of rhythmic downshifting and unexpected tonal variation are two of Irabagon’s signatures, born of a level of technique that enables him to play it all seamlessly. In that regard, Weiss is his ideal partner. A 45-year-old native of New Jersey, the drummer has consistently stood out on the contemporary improvisation scene by his light touch and deep interest in classical Indian music. Lithe and energetic, his playing is tremendously varied throughout Rising Sun, ranging from the tensile scrappiness of “Needles” to the abstract counter-rhythm of “Alliance.” On “Bebop,” the variety and looseness of his playing moves the 1963 composition into the 21st century while still showing the heat any percussionist needs to do justice to Gillespie’s legacy. 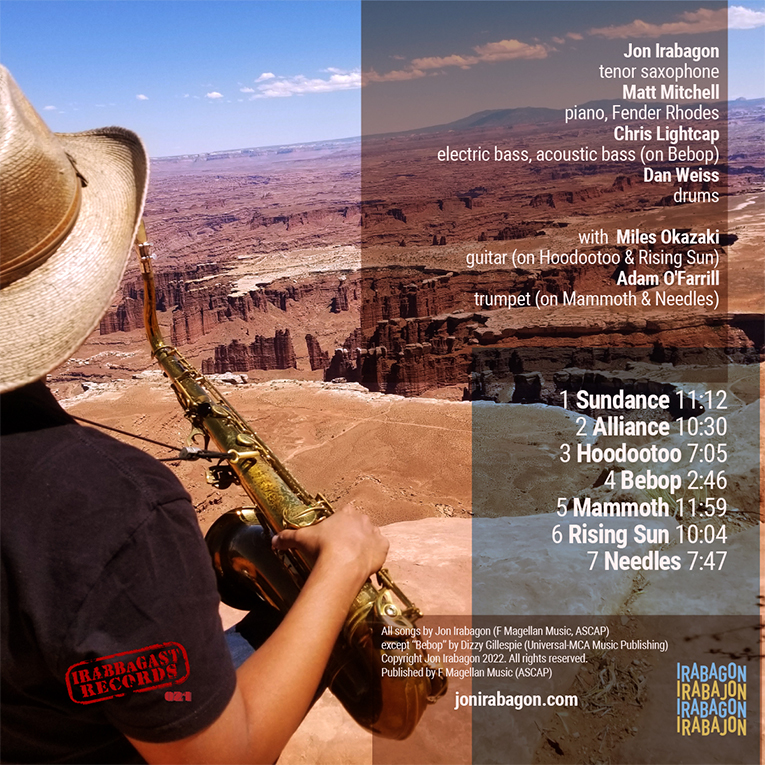 Another trumpeter who came of age playing bebop—Miles Davis—influences Irabagon’s compositional approach to “Alliance” and “Needles,” although the dominant bass ostinatos and use of the spectral tonal palette of the Fender Rhodes keyboard displayed on those performances come from Davis’s music of the late 1960s.

A more avant-garde side of Irabagon comes to the foreground when Okazaki joins the group for “Hoodootoo” and the title track.

On the former, the guitarist has a highly abstract approach, and sets the tone for the second half of the performance by making effective use of volume swells during his solo. On “Rising Sun,” Okazaki engages with Lightcap over a cooking rhythm before giving way to the saxophonist’s opening statement. The guitarist and bassist combine again to establish an undulating eight-note riff that moors the composition before Irabagon rejoins and takes the piece into much freer territory.

Although the textural complexity of Irabagon’s compositions and the extreme dexterity of the playing on Rising Sun might seem to move the recording into intellectual “jazz snob” territory—music to think to, if you will—there’s always a subtle aura of whimsy in Irabagon’s music. It’s there in that sly reference to Rollins, and there in spades when he leads his band through multiple iterations of rhythm and melody on the epic “Alliance.” Jon Irabagon’s sense of humor keeps the album sounding fresh and engaging, regardless of how intense the playing becomes.