For an artist with a wholly individual technique and a career that spanned only 25 years, guitarist Django Reinhardt’s posthumous influence on popular music is challenged only by that of Jimi Hendrix and Charlie Parker. Sixty-five years after his death, at the age of 43, Reinhardt’s melodic fluency, harmonic sophistication, and rhythmic flow not only set the bar for jazz guitarists but gave birth to an informal school of followers that flourishes worldwide.

French guitarist Stephane Wrembel is among Reinhardt’s leading acolytes, bringing to the master’s music both a broader, contemporary background and a degree of authentic, immersive study that few non-Roma musicians have pursued.

A New York-area resident since 2003, Wrembel was a classical piano prodigy before falling in love with Pink Floyd and becoming obsessed with learning to play like guitarist David Gilmour. When his passion turned to Reinhardt, he pursued it headlong, traveling to Roma encampments to absorb the culture that shaped his newfound hero.

But while Reinhardt was something of a savant -- overcoming horrendous burns to his fretting fingers through sheer determination and practice -- Wrembel is very much the modern polymath. After attending the American School of Modern Music in Paris, he won a scholarship to the Berklee College of Music in Boston and released his debut album, Introducing Stephane Wrembel, to enthusiastic reviews in 2002. The follow-up recording, 2005’s Gypsy Rumble, spread his reputation further, but nothing compared to what happened when director Woody Allen selected a song from it, “Big Brother,” for his film Vicky Cristina Barcelona. Then, in 2011, Wrembel composed “Bistro Fada” for Allen’s film Midnight in Paris, which pushed his profile well beyond jazz circles when the film’s soundtrack won a 2012 Grammy Award.

For the past 11 years, the focus of Wrembel’s work has been New York’s annual Django A Gogo (scheduled for May 5 at The Town Hall this year) and the Django Experiment, an ongoing series of Reinhardt-related recordings released on Wrembel’s Water Is Life label. 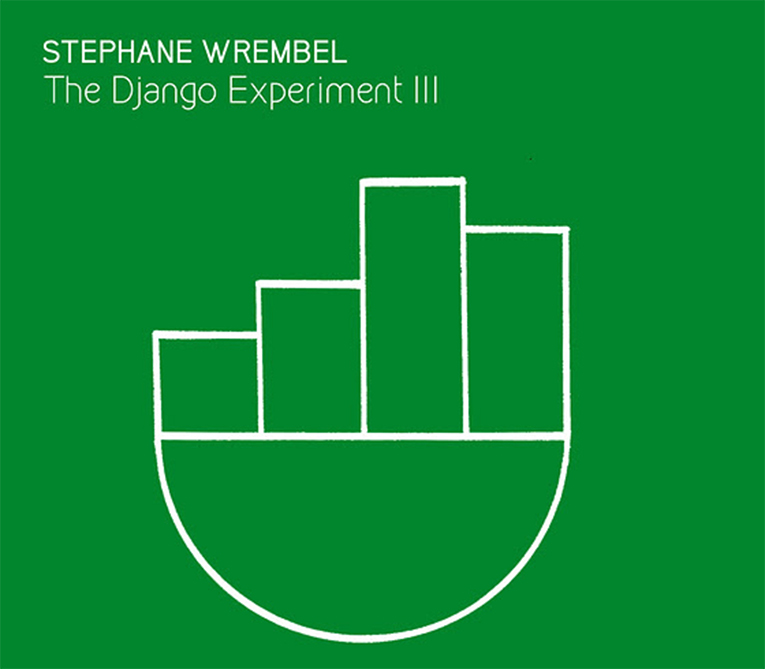 The third in the series features Wrembel’s long-time collaborators Thor Jensen on guitar, Ari Folman Cohen on bass, and Nick Anderson on drums, as well as Nick Driscoll on saxophone and clarinet. In addition to three Reinhardt compositions, The Django Experiment III includes compositions by Django’s brother Joseph, Titi Winterstein, Georges Ulmer, Tony Murena, and a pair of traditional songs.

The album begins with Middle Eastern drone and scale -- a subtle reminder that the Roma have their roots in Northern India. Anderson’s lithe brushwork, underpinned by Cohen’s contemporary bass harmony, moves the opening section directly into the modern world, as if drawing a map of the Roma diaspora -- from the Gypsy caravans of Reinhardt’s youth in the 1920s to Wrembel’s base in New York. Intended or not, it’s an immediate notice that this is music that continues to live and grow, not merely a museum piece from an earlier century. Others may play Reinhardt’s music as if it were classical pieces; Wrembel approaches compositions like Django’s “Nuages” like the jazz pieces they are. In this case, Driscoll plays the theme on clarinet (shades of Allen’s alter ego), and Wrembel solos in an upper register that complements the piquant tone of Driscoll’s horn.

On Reinhardt’s “Flèche d’or” Wrembel and company bring the heat you expect on the joyous romps that made the Quintette du Hot Club de France so popular before and during World War II. But again, while the composition may be 65 years old, the approach sounds much more modern, with Driscoll playing a solo rooted firmly in contemporary players like Don Byron.

As manic as “Flèche d’or” sounds, the showstopper for guitar fans is the pairing of the traditional “Swing Gitan” with Wrembel’s “Apocalypse.” With solos by both Wrembel and Jensen, the medley presents a masterful display of mixed techniques and illustrates Wrembel’s extraordinarily clean articulation during some complex phrasing.

The popularity, and almost kitsch nature of some of the Reinhardt tributes (step forward, Gypsy Kings), has led us to expect well-played versions of this type of music. What is often missing with artists like the aforementioned Kings is the passion that suffused everything Reinhardt and other Roma masters of his era played. Wrembel has passion in spades -- more than enough to match his exemplary technique.

Eric Ritter recorded and mixed the album at his boutique studio, and the organic sound and wide separation between instruments shows great attention to detail.