While jazz has no shortage of solo performances, stemming from the European classical tradition of the virtuoso recital, it is primarily a collective music. Improvisation gains currency when one player takes inspiration from another, adding to what has already been played, while ensemble work is at the very core of what gives the music its power -- both in small groups and, most particularly, big bands.

By definition, the music any one player makes changes with the makeup of the unit. Personalities, techniques, and tonal quality affect everyone playing any particular composition, and the presence of a certain instrument can alter both the sound of a band and the way individuals will shape their own sound.

Guitarist Pat Metheny is a primary example. While possessing one of the most distinctive voices on his instrument, he is moved to attack the strings and adjust his volume, tone, and color in certain ways, depending on whom he is playing with.

Saxophonists have had a profound impact on him, although there are only a few recorded examples. 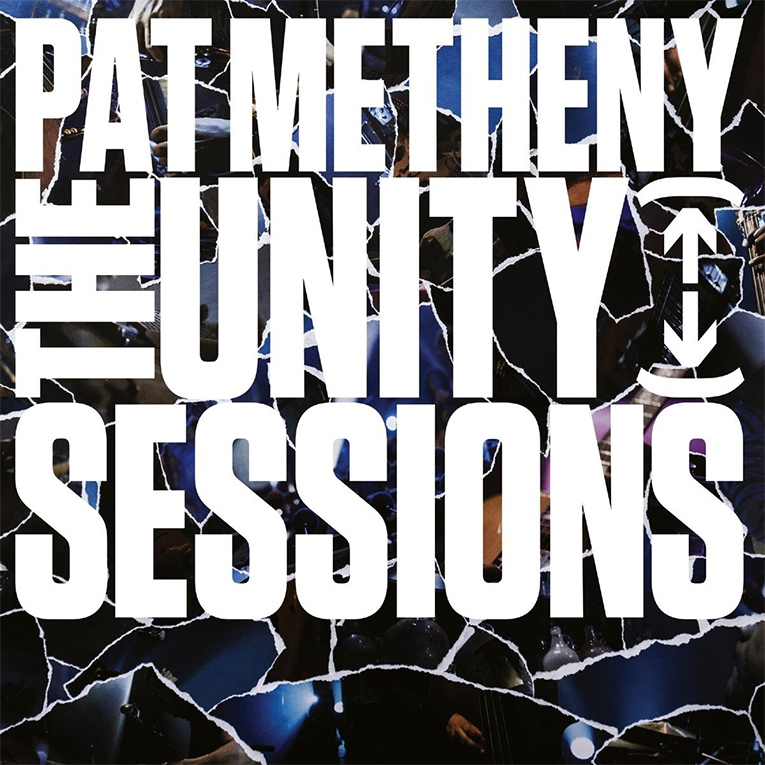 In 1980, Metheny made a radical shift from his previous recordings and released 80/81, a thorny two-LP package of performances by an all-star quintet that included two saxophonists: Dewey Redman and Michael Brecker. Five years later, the guitarist confounded expectations again by joining alto saxophonist Ornette Coleman for Song X, a collection of eight songs that featured Coleman’s son, Denardo, as well as Charlie Haden and Jack DeJohnette (both of whom had also been on 80/81). Although Metheny has recorded and performed with a handful of other reed players -- including Dave Liebman, Joshua Redman, Gary Thomas, and Kenny Garrett -- he did not lead another full-time band with a saxophonist until 2012, when he formed the Unity Band with Chris Potter, bassist Ben Williams, and drummer Antonio Sanchez.

The Unity Band -- named for a community near Metheny’s Missouri birthplace -- toured extensively in 2012 and then morphed into the Pat Metheny Unity Group in 2013 with the addition of multi-instrumentalist Giulio Carmassi and the leader’s orchestrion. The group won a Grammy Award for its album KIN (←→) and played in 150 cities before recording The Unity Sessions in New York City. Released as a DVD in 2015, the performances are now out as a two-CD set. 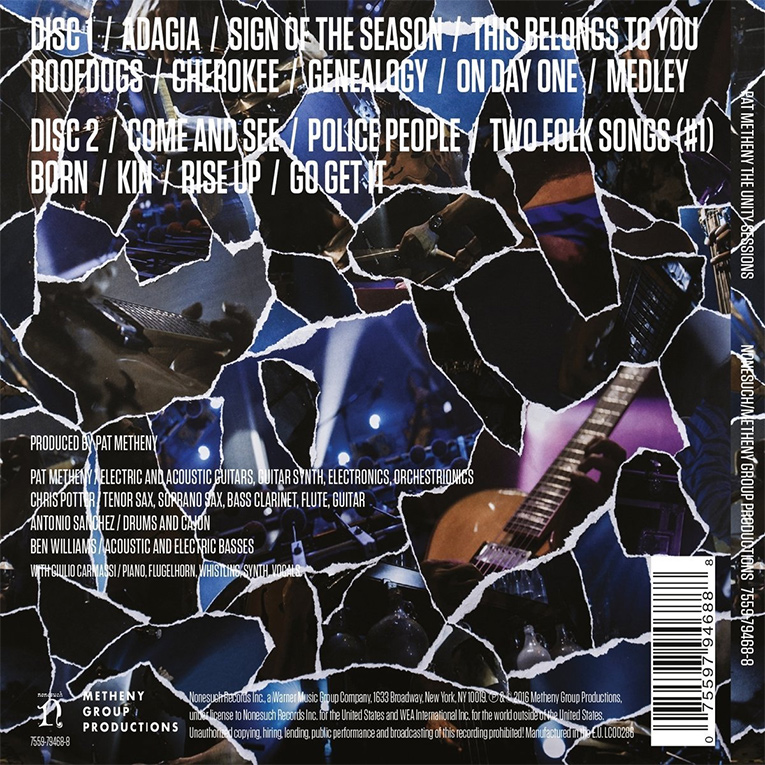 Adding a reed instrument seems to open Metheny up to a broader spectrum of melodic and tonal ideas, moving him into an area he does not venture when playing with longtime foil, pianist Lyle Mays; trumpeter Cuong Vu; or any of his other frequent partners. On the long, suite-like “Come and See” Metheny slowly creates a spectral curtain of Asian-tinged tones -- a gauzy backdrop for Potter’s dark, resonant bass clarinet and, eventually, Sanchez’s highly detailed drum work. Having another strong lead instrument onboard also gives the guitarist the opportunity to step out of the spotlight more than he usually does. For example, “On Day One” highlights his power as a comping accompanist behind Potter, as well as his ability to create textural contrast to the saxophonist’s gruff tone on tenor.

Throughout the impressive breadth of The Unity Sessions Metheny takes advantage of Potter’s full -- and extraordinarily expansive -- range, from grainy, emotive washes of color to a breathless run through the bop classic “Cherokee,” which acknowledges Potter’s early days with bop pioneer Red Rodney. On “Two Folk Songs,” one of the cornerstones of 80/81, Potter plays the parts originally created by Redman and Brecker -- a nice tribute to two icons of the generation preceding Potter’s.

Produced by Metheny and his longtime bassist Steve Rodby, and recorded by Pete Karam and David Oakes, The Unity Sessions features a deep soundstage and a nicely reverberant live sound with an excellent amount of separation between the instruments. Sanchez’s drums sound particularly well balanced, with resonant punch to his bass drum and a clean ring to his numerous cymbals.