Charles Lloyd & the Marvels: "I Long to See You"

Veteran jazz saxophonist Charles Lloyd, who turns 78 on March 15, views himself as someone who stands at the crossroads of America’s folk musics: country, blues, R&B, and jazz. As quoted in California-based journalist Joe Woodard’s 2015 book, Charles Lloyd: A Wild, Blatant Truth, Lloyd believes that growing up in Memphis on the Mississippi River in the 1940s was “the right place, at the right time. There were great masters there.” Among those masters Lloyd played with were B.B. King, Howlin’ Wolf, Johnny Ace, and contemporaries Phineas Newborn and Booker Little.

Lloyd has always considered the boundaries between musical genres to be artificial constructs -- a belief that was reinforced by his own crossover success in the ’60s. Only three years away from scuffling between regular gigs in New York City, his quartet was suddenly headlining at concert halls around the world and selling a million copies of the album Forest Flower: At Monterey. It was a commercial breakthrough comparable to that of fellow tenor saxophonist Stan Getz, who popularized bossa nova music at approximately the same time.

Lloyd’s popularity and exposure to audiences at the Fillmore West and other high-profile rock venues in the ’60s were amplified by his appearance on albums by the Doors, the Byrds, and others. After retreating from the limelight in the ’70s, Lloyd continued to make music with the Beach Boys and Celebration, a band that included Beach Boys members Mike Love and Al Jardine.

Those years of hobnobbing with pop stars and seeing his recordings land on the album charts are long behind Lloyd, but he has not lost his interest in breaking down musical barriers. His latest genre-crossing adventure finds him teaming up with guitarist Bill Frisell -- a fellow crossover king -- and inviting Willie Nelson and Norah Jones into the studio to lend their voices to familiar songs. From Bob Dylan’s “Masters of War” to Billy Preston’s “You Are So Beautiful,” the program focuses on well-worn compositions with resonant meaning and broad harmonic possibility. 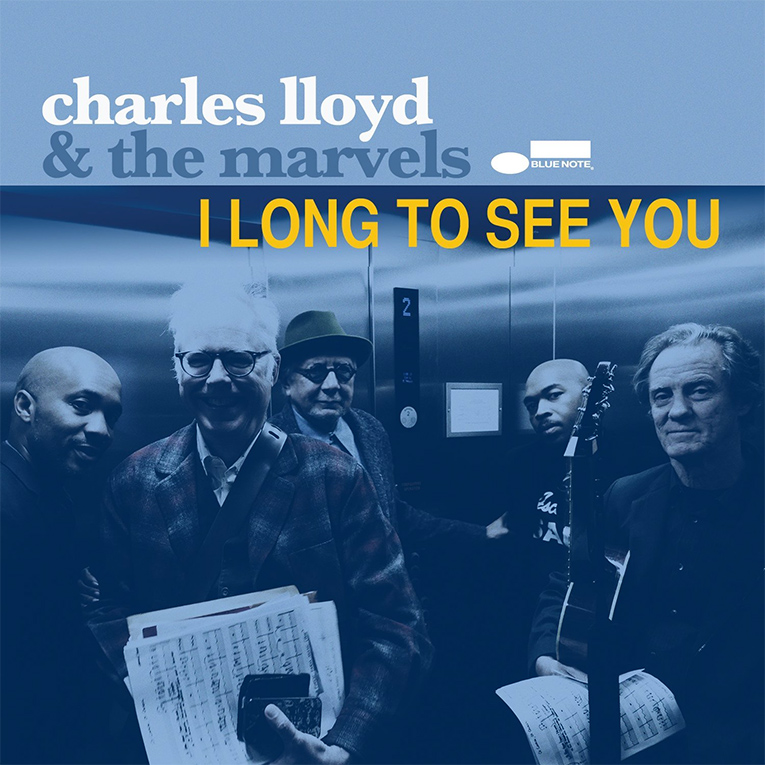 For Frisell, of course, this type of programming is familiar ground. He is a past master at applying his tart tone and electronics to Dylan’s early work, more traditional American folksongs and hymns. Consequently, he sounds completely at ease -- perhaps too comfortable. This is so much in his wheelhouse now that he seems to have stopped looking for new ways to wring meaning from deep compositions like “Shenendoah” and “All My Trials.” When he summons the ghostly echo on the fade of “Masters of War,” it seems like a foregone conclusion; he has done it that often. That may seem a minor nit to pick when the result sounds this good, but one longs to be as surprised by Frisell as was possible in the early ’90s, when he first recorded Dylan’s “Just Like a Woman” on the album Have a Little Faith. His most interesting work here comes on “Sombrero Sam,” a reworking of one of Lloyd’s popular compositions from the era when Keith Jarrett, Jack DeJohnette, and Cecil McBee were his sidemen. Dueting with pedal steel player Greg Leisz -- a frequent collaborator -- Frisell plays a very dry-sounding lead line in the left channel while Leisz plays heavily processed counterpoint more quietly in the right.

Lloyd sounds somewhat more restrained than on his recent string of quartet recordings for ECM Records, focusing on the strong melodies of songs like Ed McCurdy’s “Last Night I Had the Strangest Dream,” which Nelson sings as a gentle waltz. The longstanding criticism of Lloyd, which remains remarkably virulent into his eighth decade, is that he is little more than a Coltrane manqué with a small handful of riffs at his disposal. While it’s true that Lloyd did not innovate in terms of his tone or technique, he is a solid technician and -- as his widespread success in the ’60s, ’80s, and the past decade illustrate -- never less than an appealing tenor player. He is not as compelling as a flutist, particularly when measured against musicians such as Henry Threadgill, Jane Bunnett, or Nicole Mitchell, and his extensive use of flute on “Of Course, Of Course” -- another retread of a ’60s hit -- and “Sombrero Sam” make his contributions more pleasant than enthralling. He is much more effective employing his light-yet-rough tenor sound, particularly in contrast to Frisell’s chiming guitar or Jones’s velvet-soft croon on “You are so Beautiful.”

Anchoring this journey are two stalwarts from Lloyd’s regular quartet -- bassist Reuben Rogers and the brilliant drummer Eric Harland -- and they bring the ability to play propulsive, energetic rhythm that is both subtle and supple. On “Masters of War,” the feel Harland creates is of a heavily accented march, courtesy of his steady bass drum stomp, yet the top layer of swirling cymbals and snare accents is more akin to Mitch Mitchell’s kaleidoscopic drumming on Jimi Hendrix’s “Manic Depression.” On “Barche Lamsel,” the atmospheric 16-minute closing track, they maintain effective tension while suspending time behind Frisell’s electronics and Lloyd’s flute.

While Lloyd’s recent move to Blue Note has arguably given him a more powerful marketing machine -- and opened him up to Don Was-engineered collaborations with people like Nelson and Jones -- I miss hearing him with the benefit of ECM’s studios and engineers. Possibly because of the multi-tracking and processing of Frisell’s guitars, I Long to See You has a somewhat sterile sound without much depth or resonance.