Independent filmmaker and screenwriter (and novelist) John Sayles has been interested in depicting social injustice in most of his films, and in none so prominently as Matewan (1987), based on a massacre that took place on May 19, 1920, in Matewan, West Virginia. On that date, coal miners organized by the United Mine Workers of America (UMWA) confronted 12 agents from the Baldwin-Felts Detective Agency, who were working for the mine owners. The mayor, two citizens, and seven agency men were killed, and others were wounded.

No one recorded precisely what happened in the weeks leading up to the shoot-out, and Sayles carefully blends fact with fiction. He invents a character named Joe Kenehan (Chris Cooper, in his first film role), who arrives in Matewan to unite West Virginia coal miners with African-American scabs and immigrant Italians. The miners were underpaid, charged for the company shovels and picks they used to extract the coal, and were treated as little more than slaves. Big coal also owned most of the houses the miners lived in, and evictions were common. Miners were forced to buy their supplies at the coal company’s store; if they bought anything elsewhere, they were fired if they didn’t return it and buy a replacement at the company store, to which they were in constant debt -- other withholdings from their salaries ensured that they took home little cash. Kenehan has little trouble convincing them to join the union. 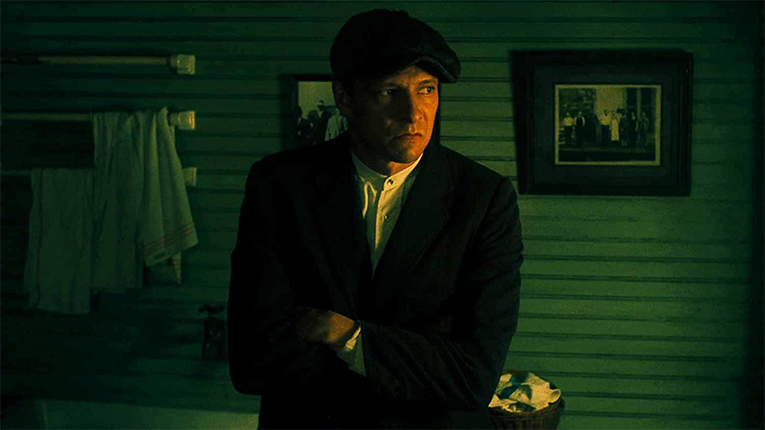 Sayles has us cheer for the miners -- most of the villains are so demonstrably bad that you wouldn’t want to carry on a conversation with them. The chief agent is played by Kevin Tighe, one of the scariest heavies in all of moviedom -- he smiles as he destroys people. Cooper plays Kenehan as affable and sensitive, a man who definitely prefers negotiation to gunplay. Mary McDonnell, in her first major screen role, shines as Elma Radnor, a woman in her late 30s whose husband died in a mining accident. Her son is played by Will Oldham, who went on to gain fame as a rock-Americana-folk-country music icon. He turns in an astounding performance as Danny, a boy preacher who enthusiastically presides at church meetings. Oldham captures his rhythms of speech with uncanny accuracy -- all the more remarkable when you learn that he was only 16 at the time. Other performers include James Earl Jones as laborer Few Clothes (based on a historical character), and David Strathairn as stoic Sheriff Sid Hatfield, a defiant lawman who’s not in the company’s pocket. Hatfield, too, is based on a real person, as is C.E. Lively (Bob Gunton), a spy for Baldwin-Felts.

Sayles found 1987 Matewan too modernized, so most of the film was shot in Thurmond, West Virginia, whose population was less than 300. Matewan was a low-budget film for its day ($3 million), but the producers found that they had to reface only a few of the downtown buildings to make Thurmond look like those of 1920 Matewan. All of the costumes look lived-in, as do the interior sets and dressings. The authenticity is carried down to the Italian miners’ shack, wallpapered with newspaper. 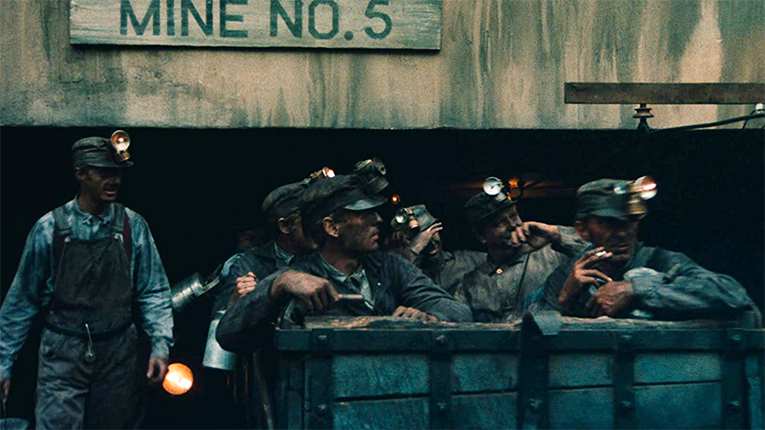 The renowned cinematographer Haskell Wexler’s subtle use of filters gives the film a slightly gauzy look, and Criterion’s transfer of the original 1.85:1 film preserves the images perfectly. Contrasts in the mine and interior scenes, though dimly lit for authenticity’s sake, are ideal. The overall feeling is muted and very real. The soundtrack, which features Mason Daring’s subtle music for mandolin, violin, guitar, Dobro, and harmonica, is clean as a whistle. Music was a way that West Virginians, Alabama blacks, and Italian immigrants could communicate with each other, as Sayles clearly conveys onscreen and on the soundtrack. The keening voice of Hazel Dickens is icing on the cake.

There are some dandy extras. First is a commentary track by Sayles and Wexler recorded in 2013, a year before the cinematographer’s death at age 93. Pretty much a perfect commentary, always pertinent to what’s happening onscreen while working in other information, it will definitely enhance your movie experience. New documentaries feature members of the cast and crew, an enlightening interview with composer Daring, and the important role Matewan played in inspiring West Virginia filmmakers. There’s also a comprehensive and informative essay by film critic A.S. Hamrah. 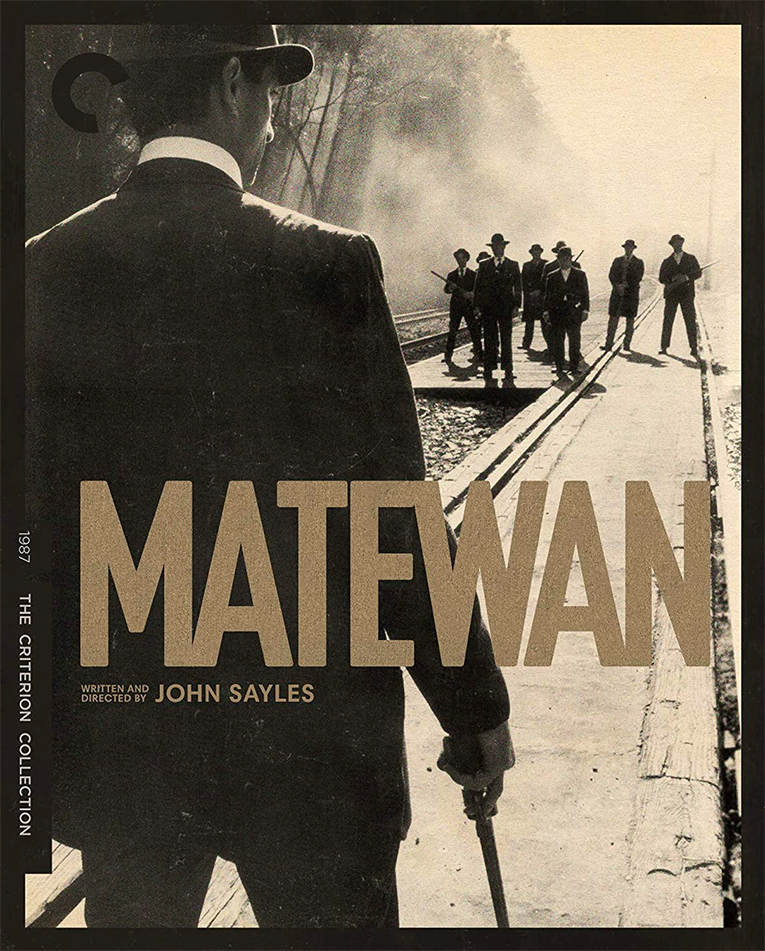 Even as it explores the pros and cons of union membership, Matewan is an entertaining film that’s much like a Western: A good guy comes to town to organize the citizens, the bad guys try to stop him, tension mounts, and it all climaxes in a big gunfight. It’s also one of Criterion’s best color transfers. This edition has my highest recommendation.

Be sure to watch for: The scenes of the authentic steam engine are priceless to this railroad buff, especially the shot in which the camera is buried between the train tracks, so the locomotive is seen crashing overhead.