“Squirrels to the Nuts” -- Cluny Brown Arrives on Blu-ray

A skewering of the British class system, and a paean to the joys of finding one’s place in life, Margery Sharp’s best-selling novel from 1944 seemed to cry out for a movie version, and in 1946 it got The Lubitsch Touch -- it was Ernst Lubitsch’s final completed film. Book and film are set in 1938 London, at the time of Hitler’s invasion of the Sudetenland. Although Sharp, writing at the height of WWII, obviously knew of the later consequences of this action, here Hitler is something of a joke, and the invasion an only potentially horrible event that takes second place to her main characters’ preservation of social decorum.

Cluny Brown, played by a vibrant Jennifer Jones, arrives at the home of Hilary Ames (Reginald Gardiner) just after the arrival of a Czech refugee, Adam Belinski (Charles Boyer). A case of double misidentification is quickly worked out, and when it is, we discover that Belinski is an author looking for an old friend (and, he hopes, a handout), and that Cluny is a plumber’s daughter who’s ready and willing to take on Ames’s clogged drain. It’s immediately apparent to the viewer that Belinski and Cluny are rebels who are uncomfortable with Britain’s class structure. Belinski believes that “squirrels to the nuts” is quite acceptable as the more often stated “nuts to the squirrels.” Cluny believes she can do a man’s job as well as or better than a man can.

Various plot devices keep the two from romantic entanglement until the very end. When Cluny is sent to be trained as a maid to Lord and Lady Carmel (Reginald Owen and Margaret Bannerman), by fortuitous circumstance Belinski is soon a guest at the Carmel estate. Desperately trying to find her place, Cluny nearly becomes engaged to the stuffy, nasal Mr. Wilson (Richard Haydn), a middle-class pharmacist. The potential liaison ends in disaster when Cluny’s plumbing predilections take over and she fixes a sink at a party Wilson gives for his mother (Una O’Connor), who is always clearing her throat to speak but never quite does. 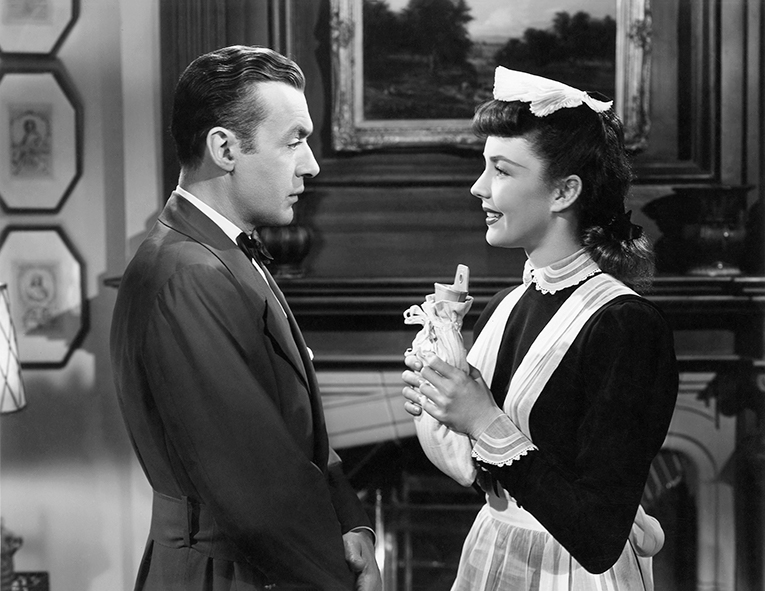 The acting is universally excellent. Playing against type, Jones and Boyer display impeccable comic timing, and seem to relish their roles and each other. The rest of the cast, too, is perfect. Lubitsch’s style here depends largely on reaction shots, much as in today’s sitcoms. A character says something, and the reaction of another character confirms what we already knew -- it’s funny.

I’ve often said that Criterion is the master of digital transfers of black-and-white films, and Cluny Brown is no exception. Contrasts are sharp -- the whites very white, the blacks very black. They’ve also done wonders with the original optical soundtrack. Every word is crisp and clear, and Cyril Mockridge’s pithy, high-society score sounds very good.

I was a bit disappointed with the extras: A brief, bubbly conversation between film critics Molly Haskell and Farran Smith Nehme is somewhat informative; there’s an overview of Lubitsch’s life by film scholar Bernard Eisenschitz; and in an interview, film scholar Kristin Thompson discusses the importance of the film’s reaction shots. But an audio-only adaptation of Sharp’s novel from the American radio series Screen Directors Playhouse -- again with Boyer, but with Dorothy McGuire in the title role -- falls pretty flat. There’s just no way radio can convey those all-important reaction shots -- or the film’s final scene, which has no dialogue. I would have liked more about Boyer and Jones, and perhaps a commentary track. 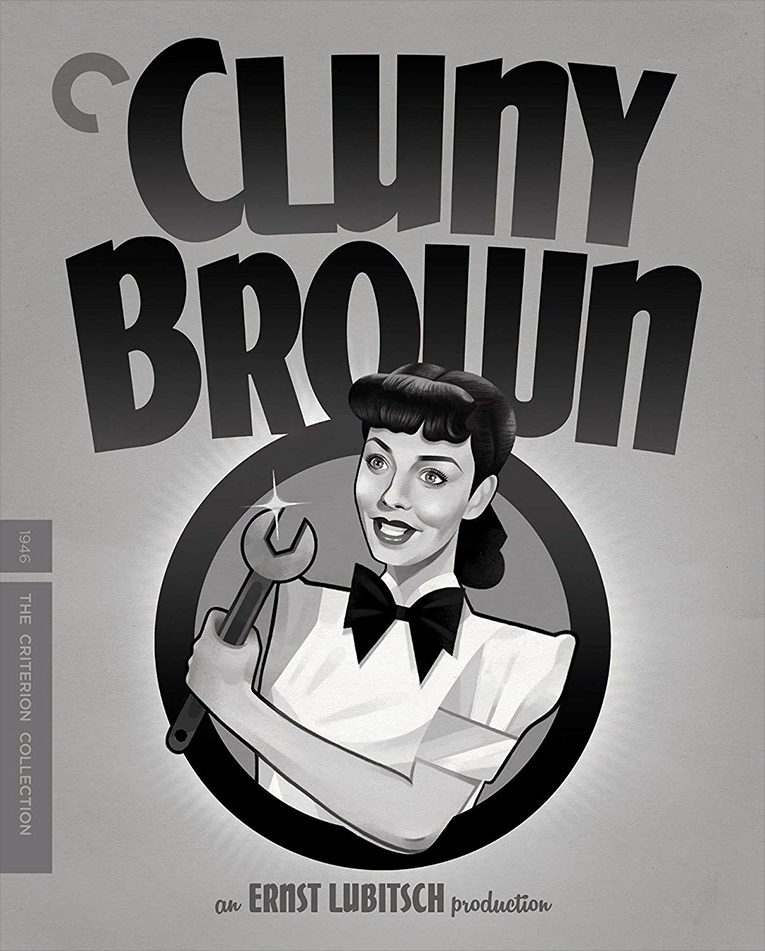 But Cluny Brown is a delight from beginning to end. It’s a perfect comedy -- it provokes plenty of laughs, while asking the viewer to care about and root for the main characters. Criterion’s wonderful transfer preserves every bit of its mirth and mayhem. To the Lubitsch Touch has been added the Criterion Touch, and the result is superlative entertainment.

Be sure to watch for: The final scene conveys a wealth of material and information without a single word of dialog -- all you hear is Mockridge’s breezy score.