The script, based on the novel by William Makepeace Thackeray, tells the story of a poor young Irishman of humble birth (Ryan O’Neal) who, after some adventures with the military and gambling, assumes the name Barry Lyndon by marrying into money, then loses it all to become a pauper, his only friend his mother.

The novel is set in the late 18th century in Ireland, England, and Prussia, and Kubrick does his best to transport the viewer into that time and those places. Costumes, wigs, buildings, firearms -- all are authentic. The music by various composers -- J.S. Bach, Mozart, Paisiello, Schubert, Vivaldi, Frederick the Great, and especially Handel -- masterfully adapted by Leonard Rosenman, comes from the period or very close to it. No swooping, neo-Romantic violins here -- it’s all music that these characters might actually have heard. 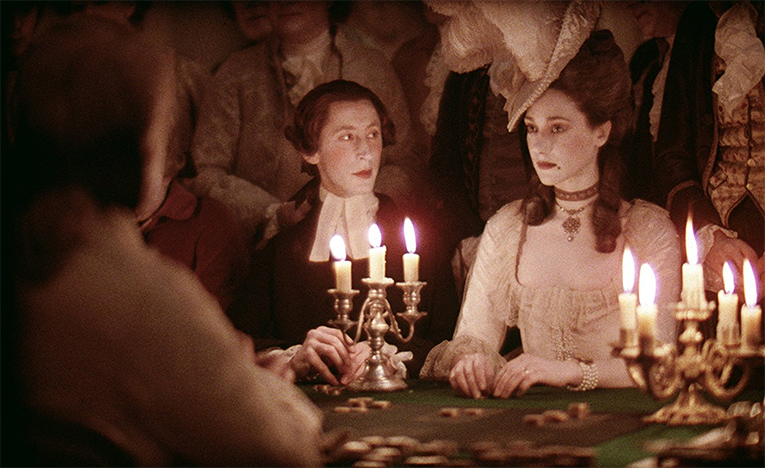 But Kubrick, ever the innovator, didn’t stop there. He wanted to shoot nighttime interiors by candlelight, to present a completely authentic look. To do so, he used special, superfast still-photography lenses adapted to his motion-picture cameras. Over the years there has been much discussion of these nighttime scenes, which do give one a feeling of glowing authenticity, but there are other cinematic marvels here. Several of the actual mansions used for filming have gigantic floor-to-ceiling windows, and Kubrick used that available light to film daytime interiors. He also used a unique sort of zoom, beginning with a close-up of characters in the scene, then dollying back to reveal a vast canvas revealing the characters to be only a tiny part of Nature’s vast expanse. These zooms can be paused at any point to reveal a perfectly framed image. 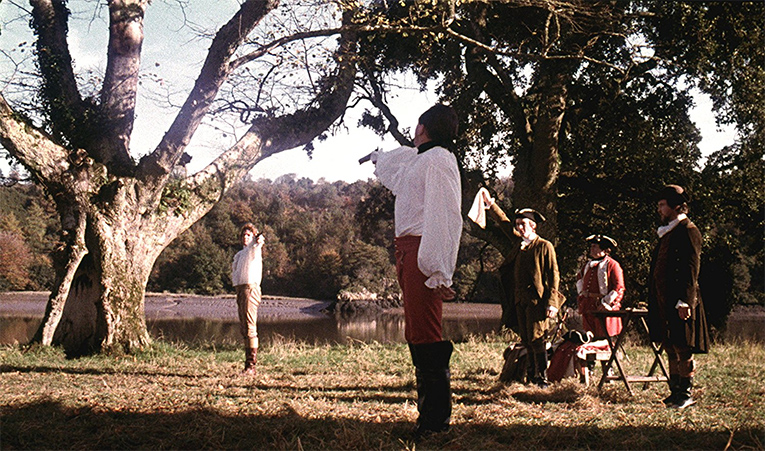 Criterion’s transfer is marvelous. Detail and texture are outstanding in both outdoor and indoor scenes. No detail of wig, tapestry, firearm, leaf, or flower escapes meticulous accuracy. Colors are vibrant -- those redcoat soldiers against fields of green grass are eye-popping. But the entire film is like that, as Kubrick seems to bring to life paintings of the period. The original mono soundtrack is presented by Criterion as uncompressed PCM. But there’s also a DTS surround mix, which actor Leon Vitali (Lord Bullingdon) discusses in one of the many supplements, and I rather like it -- it adds luster to the soundtrack to match the exquisite visuals.

The many extras fill an entire second BD. There are interviews with the surviving cast and crew members, and a featurette on filming the candlelit scenes. There’s a fascinating section with curator Adam Eaker comparing Kubrick’s meticulous vision with paintings of the day, and many other interviews on various aspects of the film’s creation. All in all, it’s a full course of Filmcraft 101. 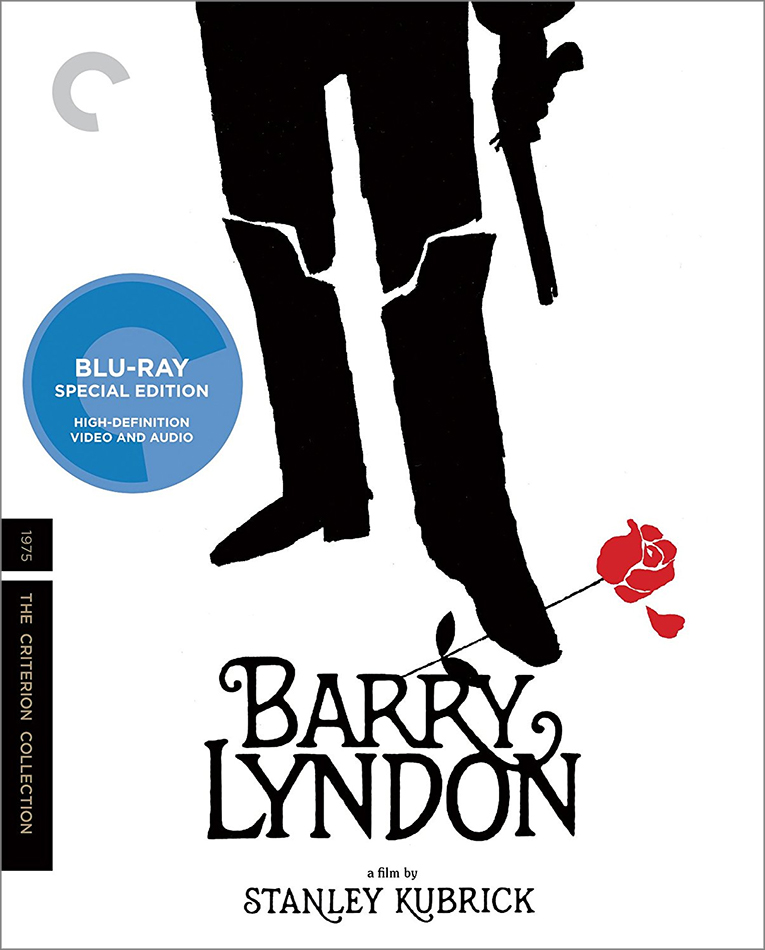 Giving Barry Lyndon the attention it deserves can be one the most worthwhile 185 minutes you’ll spend in 2018. It’s an intriguing and, as far as we know, visually accurate voyage to another time, and an exquisite jewel in the catalog of The Criterion Collection. Criterion must surely be eyeing its catalog for films to release in 4K editions. There would be no better place to start than Barry Lyndon.

Be sure to watch for: I mentioned all of the zoom outs. Each is worth of an ooh or an ah, but shortly after the intermission comes a vista where I felt I could literally see for miles with no loss of definition. It was better than Fourth of July fireworks, because we know it’s real.