Based on the book of the same title -- described by its author, Truman Capote, as a “nonfiction novel” -- the film In Cold Blood is grim, gritty, probing, and brilliant in every way. Director Richard Brooks, who wrote the screenplay, managed to express in it his opposition to the death penalty in ways so subtle that many missed the point. Brooks’s insistence on using relatively unknown actors paid off. Robert Blake as Perry Smith, and Scott Wilson as Dick Hickock, are brilliant in the roles, and the fact that they looked very much like the killers they portray helps underline Brooks’s documentary style.

In Cold Blood, book and film, are based on a 1959 incident in Kansas in which Smith and Hickock murdered the entire Clutter family: father, mother, son, and daughter. The killers were captured and tried, and, after a long period of incarceration -- during which Capote interviewed them many times -- hanged. 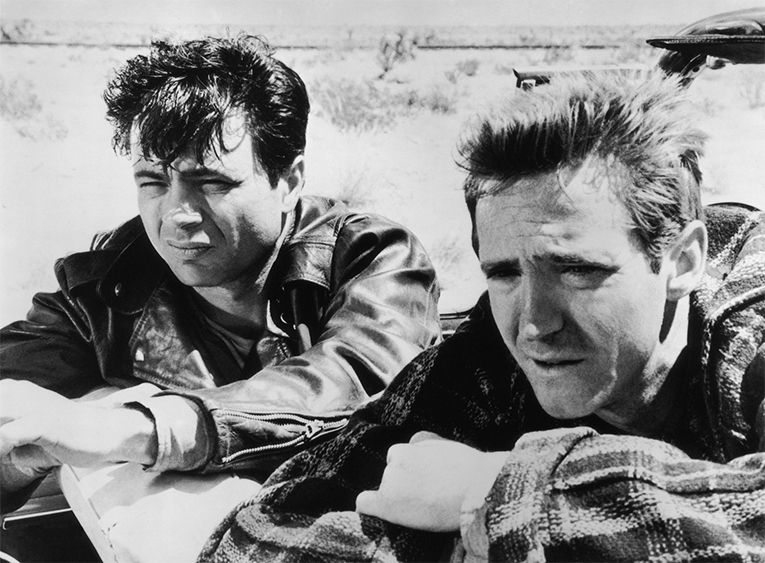 Though some have questioned the accuracy of Capote’s reporting, book and film both ring true, if not entirely factual. Brooks chose to shoot in black and white, and his cinematographer, Conrad Hall, used a noir style of shadows and light style that adds a starkness to the images. Hall also used points of light, which included lens flares. In the scenes of the murders, flashlights provide points of light in the surrounding darkness, to chilling effect.

Quincy Jones’s nervous, fragmented jazz score, laden with punchy, mysterious bass lines, also adds to the film’s power. Although much of the film is accompanied by music, suddenly, during the murder scenes, which are told in flashback, there is no music at all. The tension is such that the viewer ends up desperately wishing for something to cover up the sounds of killing.

The Criterion Collection has, as usual, done wonders. The Columbia Pictures prints we’ve seen for years haven’t been awful; basically, Criterion has tweaked and corrected something good to start with to absolute perfection. Hall’s intended blacks are like ink, and the flashes of light are in perfect contrast. The focus is sharp and detailed and the 2.35:1 aspect ratio is right on the money. In the DTS-HD Master Audio tracks, Jones’s score sizzles with excitement and accuracy. 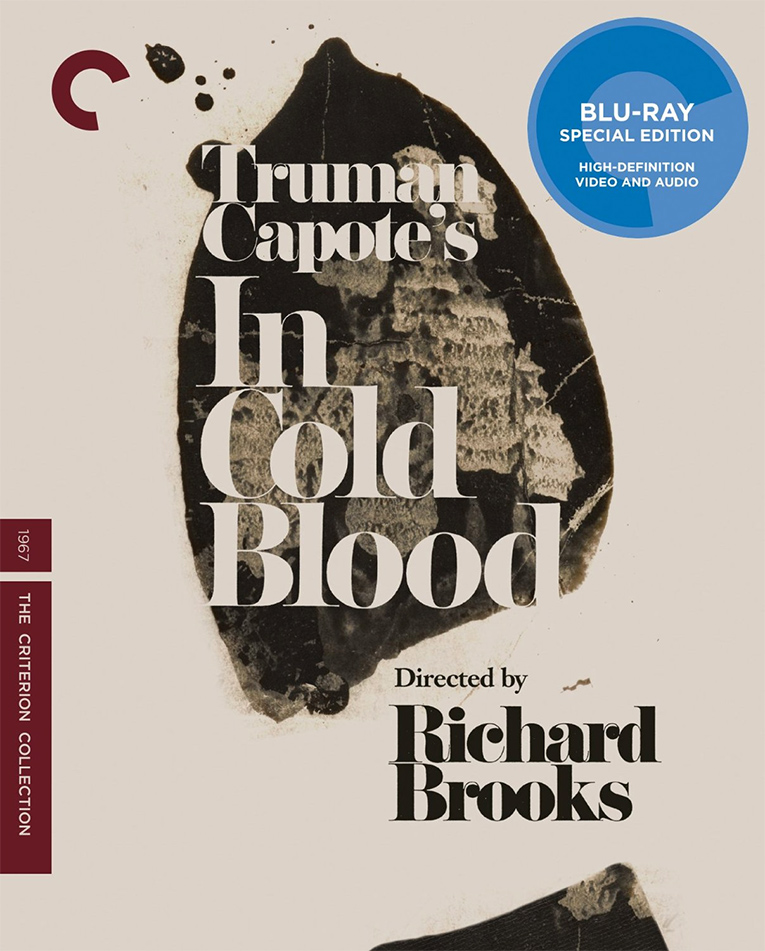 Extras include interesting interviews with cinematographer John Bailey, film historian Bobbie O’Steen, and film critic Gary Giddins; but it was the period interviews with Truman Capote that I found absolutely fascinating. The trailer is in far better shape than such things usually are, and there’s a very good written essay by critic Chris Fujiwara.

In Cold Blood is a tense, riveting film that tries to go beneath the surface of a heinous act to discover why it was committed. It succeeds, and is a must-watch for any lover of great cinema. Criterion’s superb edition makes the viewing even more enjoyable and significant.

Be sure to watch for: Near the end of the film, just before his execution, Perry has a monologue as he looks out a window streaming with rain. The rain casts reflections on his face that look like running tears. The filmmakers say that this was an unintended accident; it’s one you’ll never forget.