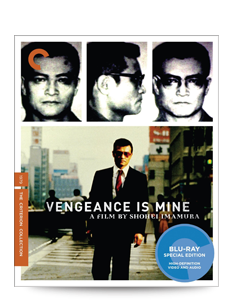 Japanese director Shôhei Imamura stopped relating to actors and spent a lengthy part of his career knocking out documentaries for Japanese television. After eventually making peace with his attitudes and opinions, he made his feature-film comeback with 1979's Vengeance Is Mine, based on a bestselling novel by Ryūzō Saki, who in turn based his book on actual events. A real-life Japanese serial killer, Akira Nishiguchi (1925-1970), dispatched five victims from October 18 through December 29, 1963. For the book, Saki renamed him Iwao Enokizu, and Imamura kept this name for his movie, casting Ken Ogata in the role.

Both Saki and Imamura changed events and locations, presumably to make the story more entertaining. Imamura tells the story in an intricate series of flashbacks. We see Enokizu being taken to jail, being questioned shortly after imprisonment, growing up as a boy and as a young man, and killing during his infamous spree, but not always in that order. To boot, the film finishes with an epilogue.

The killings are grisly in different ways. The first two are exceptionally bloody and violent, but two of the others, which occur in the second half of the movie, don't show the actual killing but show the corpses revealed afterward. The fifth is the most chilling of all: a strangulation during and after sex. Imamura goes to no length to explain the emotions behind these murders. His camera acts as a detailed yet uninvolved witness.

Imamura loved to view lower-class citizens, and he dispassionately observes their often-dysfunctional relationships, skewering some policies and taking several shots at Catholicism. Imamura portrays Japanese families of the era as completely amoral, yet under his watchful eye we can see that underneath it all, most of the characters have better sides that they themselves suppress. It's a grim movie -- even its black humor is so dark that I think few will laugh. The film uses quite a few documentary techniques that often blur the line between reality and fantasy. It is superbly acted by all concerned and has enough momentum to keep viewers interested, if not on the edge of their seats. 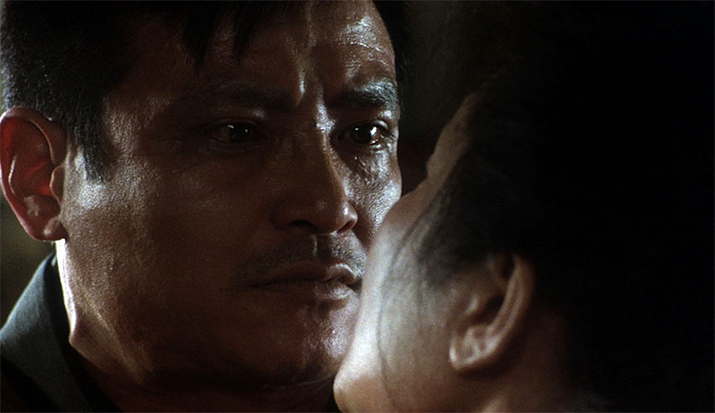 In many publications and websites, this movie is listed as having been filmed in VistaVision, but I think that's an error. Quite a bit of it was shot with handheld cameras, and there's quite a bit of intentional grain here and there. Though it doesn't have a VistaVision look, the colors are fairly vivid and the focus is sharp at key moments. The mono sound is rather average and of the period in which the movie was made. Dialogue is crisp (as are the supporting subtitles) but Shin'ichirō Ikebe's Western-influenced music is sometimes distorted and/or shrill.

For supplements, there's an informative feature-length commentary from film critic Tony Rayns and excerpts from a 1999 interview with Imamura, as well as a trailer and a teaser. Most of the meat this time is in the booklet, with more interview material and a very good essay by film critic Michael Atkinson. There are also a large number of color stills from the movie. I fault Criterion for keeping one interesting extra from being as potent as it could have been: on the back of the booklet is a map of Japan with a time and location line of Enokizu's 78 days on the run. This is very valuable for Western audiences who have little idea of Japanese geography. But it is printed so small, white on rust, that it's impossible to read without a magnifying glass, and still difficult with that. What a nice insert it would have made as a folded map, black on white, which I could have easily read.

Vengeance Is Mine paints a good non-analytical picture of a serial killer, as well as a portrait of lower-class Japanese citizens shortly after World War II. I can't go so far as others in proclaiming it a masterpiece, but it is an interesting and effective movie that has many memorable moments. Criterion Collection presents it in a very good transfer, and it's well worth your time for at least one look.

Be sure to watch for: At the very end of chapter 17 is a shot of a cemetery. It starts as completely blown-out white, and then it quickly transitions to normal color, as if focusing. It's a point-of-view shot for Enokizu, perhaps a visual of his state of mind.