Stylized Mob Characters in a Film with Memorable Set Pieces

Joel and Ethan Coen’s Miller’s Crossing was released in 1990, the same year as Martin Scorsese’s Goodfellas, the movie many regard as the ultimate gangster flick. While Scorsese’s film aims for exaggerated realism, Miller’s Crossing embodies a highly stylized romanticism. But despite its memorable set pieces and earnest acting, it doesn’t seem to tell a story quite as well as its flashier competition. 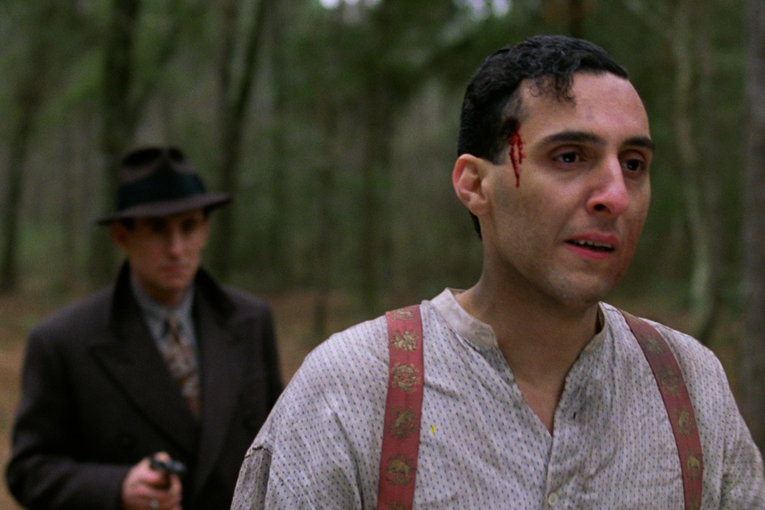 Gabriel Byrne plays Tom Reagan, a quixotic man without a moral compass. Even after carefully studying his actions in the film, you’d be hard-pressed to define his motives enough to characterize him as a good guy or a bad guy. One thing’s for certain—at the beginning of the movie, he wants renegade mob fixer Bernie Bernbaum (John Turturro) dead. Tom’s pal and fixer, Leo (played by an unflappable Albert Finney), isn’t so sure eliminating Bernie is a good thing. Tensions rise between gangs and—what the heck, this being a gangster movie with a strong touch of noir—people start getting killed off, often in spectacularly gruesome ways.

Marcia Gay Harden is on hand to play Verna, a dark-haired, hard-bitten reincarnation of blond Jean Harlow. Leo wants to marry her, not realizing she’s in the throes of a boozy affair with Tom. I was deeply struck by Harden’s acting talent. Pitted against Byrne and Finney, she really holds her own, bettering each of them in various scenes. A slew of Hollywood’s finest character actors are also on hand to portray members of the mob. Most memorable here are Jon Polito as Johnny Caspar and Steve Buscemi as fast-talking, wisecracking Mink. 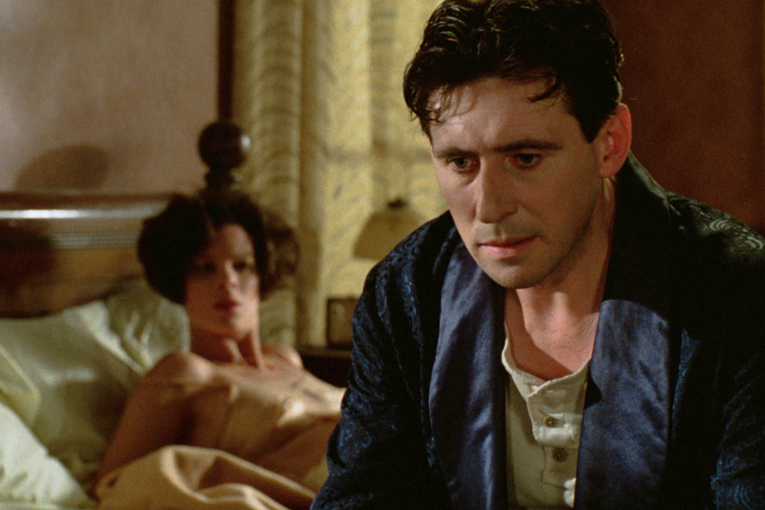 As good as the acting is, it’s the gunplay scenes you’ll find most compelling. The ultimate is a scene where Leo is lying in bed listening to a Frank Patterson recording of “Danny Boy.” Two mobsters enter his house and creep upstairs, intent on killing him. At the last moment, he hears them, rolls under the bed, shoots one, then slides down the roof with his Tommy gun and proceeds to fire so vehemently into the remaining mobster that the bullet-riddled bad guy appears to dance with each shot—all of this while “Danny Boy” is reaching its crescendo.

The movie, shot in soft focus and slightly muted colors, is handsomely atmospheric. Noir shadows permeate the film, all correctly delineated in the 1.85:1 Criterion transfer. The original soundtrack was recorded in Dolby SR and has been successfully transferred to 5.1-channel DTS-HD Master Audio. Music, dialog, gunshots, and explosions are all reproduced with accuracy. 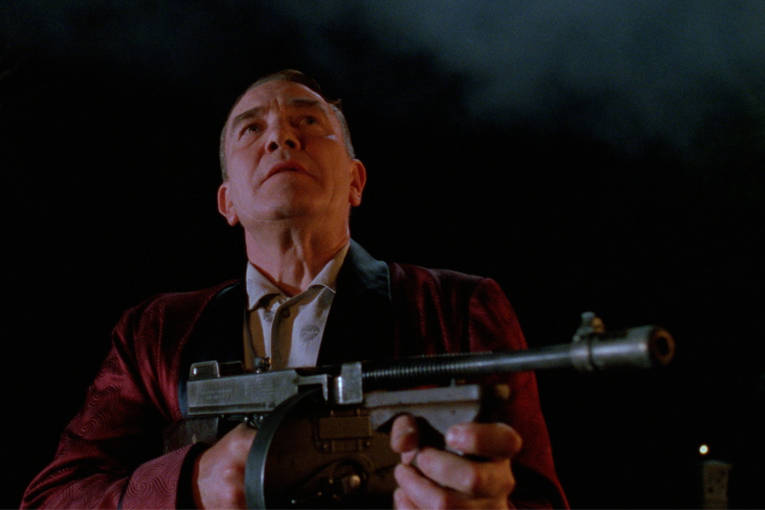 The extras are quite good, if not the ultimate in what you could hope to find. The roster contains a slew of new interviews shot in 2021. In one, author Megan Abbott chats with the Coen brothers and actors Gabriel Byrne and John Turturro. There are also independent interviews with composer Carter Burwell, music editor Todd Kasow, and cinematographer Barry Sonnenfeld, plus a selection of 1991 interviews originally used to promote the film. Finally, there’s an exhaustive essay in the booklet by film critic Glenn Kenny. 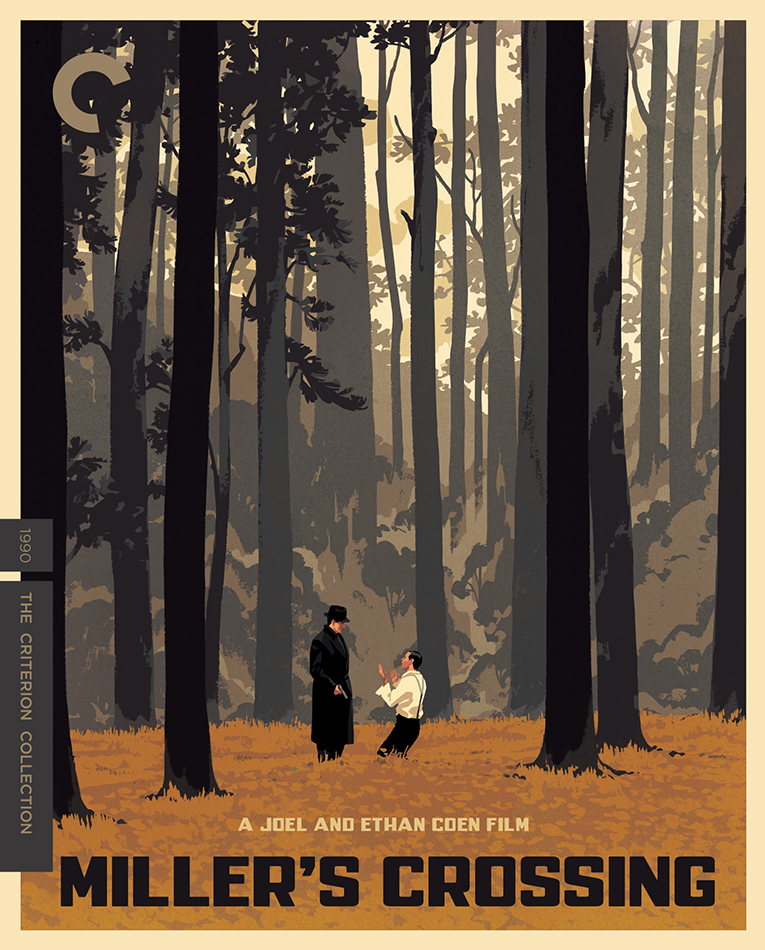 Although Miller’s Crossing contains a lot of great acting, it’s the set pieces you’re most likely to remember, and those are doozies. Criterion has done very well by this movie and created a version that is reference quality.

Be sure to watch for: a scene in which a gangster is shot through a door and we wait in suspense until he falls over dead. The dancing Tommy gun scene takes the cake, but this one is just as stylized.