Released in the United States in 1956 (1954 in Italy), La Strada has proven to be a true cinematic masterpiece capable of withstanding the test of time. The film garnered international acclaim, both for director Federico Fellini and his wife, featured actress Giulietta Masina. Since Fellini set the movie in an indeterminate era (albeit one with motorcycles) and tells the story in the form of a fable, it can still elicit the same number of smiles and tears as it did 67 years ago.

La Strada tells the story of Zampanò (Anthony Quinn), a roustabout and quasi carnival strongman, who tours the poorer sections of Italy playing his corny, repetitive act to naïve audiences. He buys Gelsomina Di Costanzo (Masina) from her family, puts her into service as his assistant, then proceeds to abuse her in every way imaginable. We see Masina transformed from a totally uneducated waif into a Commedia dell’Arte clown, complete with greasepaint and a paste-it-on frown, immediately recalling Charlie Chaplin’s Little Tramp character. She learns to play the trumpet, beat the drum, and submit to total domination from her boss, who is frequently referred to as a beast. 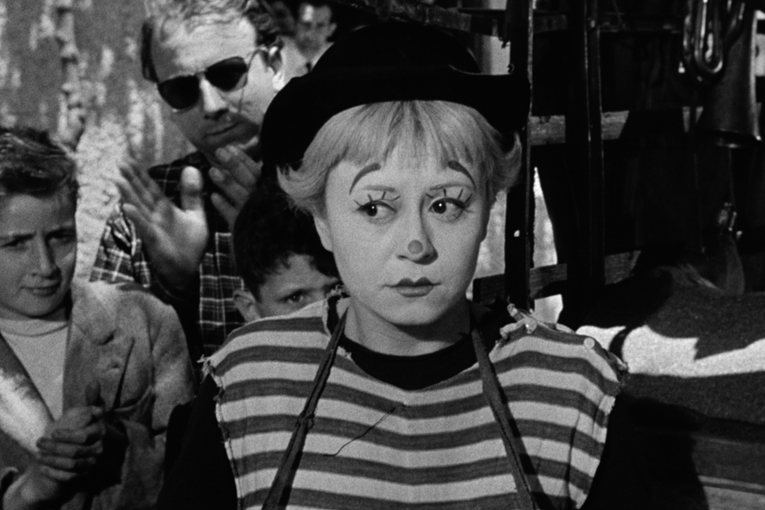 The two happen upon a carnival, where they meet the Fool (Richard Basehart), an aerialist who has a history of animosity with Zampanò. The Fool teaches Gelsomina that her life is worthwhile, using the example of a pebble, which he says has purpose even though we might not immediately perceive it. He urges her to stay with her abusive slave-driver husband, as there may be some purpose in it. Later, this prompts Gelsomina to ask herself, “If I don’t stay with you, who will?” In a typical Hollywood movie a cad like Zampanò might find redemption, but in La Strada he is only lead to the full realization of his ruin and what he has lost. It hits him like a sledgehammer.

Masina’s performance is sheer magic. She plays Gelsomina as an innocent, who stands to one side, observing corruption but refusing to be part of it. Her suffering at the hands of Zampanò is a real tragedy. Her eyes, her smile, and even her little frowns are all subtle yet so meaningful. She is a character we really love, and we want her to succeed even though it is clear that she will not. Faced with such genius, there is a tendency to dismiss actors Quinn and Basehart as merely serving as foils for her performance, but they play their roles with utter conviction and brilliance. 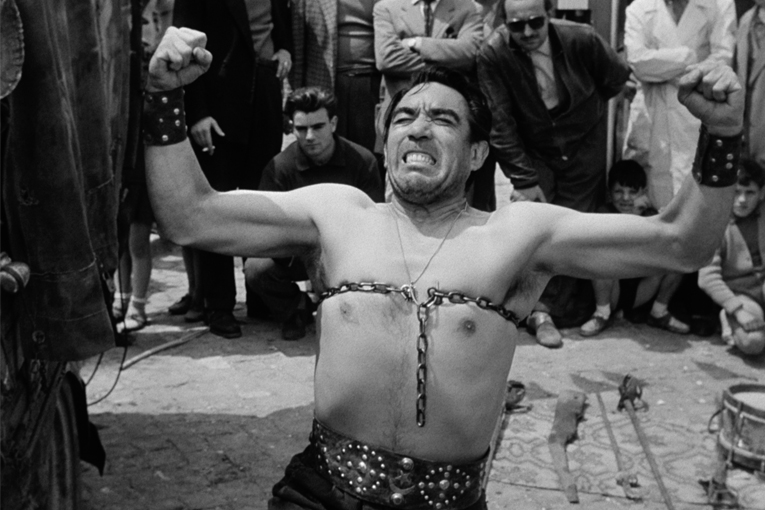 You might think, as you would with an American film, that the director would depend on close-ups for his characterizations, especially that of Gelsomina, but Fellini uses only medium close-ups and longshots to convey and underscore the emotions that are being portrayed. The Blu-ray Disc provides sharper focus than a DVD, so we can see all the subtleties in these shots. The transfer is from a 4K digital restoration coproduced by Criterion, The Film Foundation, and Cineteca di Bologna. It’s a marvel to watch, as it perfectly reproduces Fellini’s vision. I’ve knocked half a star off the rating for image quality because the Blu-ray itself is not 4K. The audio is good for the dialogue, though Nina Rota’s poignant and memorable score suffers from a lack of definition in the original print. This is one of the great soundtracks of all time, equal to the same composer’s music for The Godfather, and there are many recordings of it, some by major symphony orchestras. Seek one out if you can.

There are relatively few extras, but those on offer are both entertaining and comprehensive. There’s a full-length commentary by author and critic Peter Bondanella, which is breezy, mostly screen specific, and very knowledgeable. A 2004 documentary of Masina shows her at different ages and at all stages of her career—proof positive that she’s a remarkably well-spoken, intelligent, and upbeat artist. There’s also a 2000 documentary of Fellini, which uses basically the same approach, capturing interviews recorded during different periods of his life. Both of these give us deep insight into the personalities of these two artists. The icing on the cake is an introduction by Martin Scorsese, in which he talks about what La Strada represents to the larger world of cinema and in his own life. There’s also a well-written booklet essay by film historian Christina Newland. 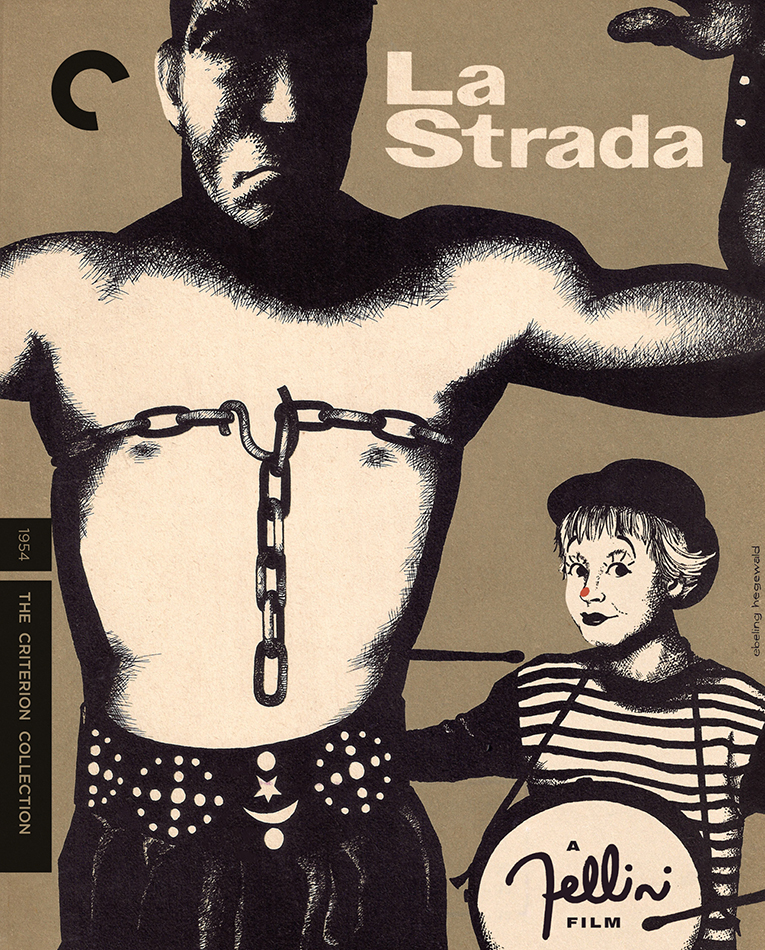 La Strada is a seminal film that is just as entertaining today as it was at the time of its original release. Its performances are so magnetic and magical that it’s impossible to think of anyone else playing the roles. It will make you laugh, but it will mainly also make you cry. You’ll feel better for having seen it, especially in an edition as good as this one.

Be sure to look for: Fellini’s visual commentary in scenes without dialog. In one scene, a long shot showing throngs of believers celebrating the Virgin Mary is taken over by a large neon sign on the right proclaiming “bar.” At the end of the movie, a poster in the background advertising an American film called D.O.A. clearly foreshadows Zampanò’s fate.

With a director who’s as extremely visual as Fellini, sometimes a picture can really be worth 1000 words.