It was the year live music was supposed to be back. And it was, in some senses—although pandemic-related restrictions continued to play havoc with musicians’ travel and festival schedules, and artists continued to reflect on the theme of “What the hell just happened?”

But we’re not here to bemoan the state of live music; we gather to celebrate the best of what I heard this year. 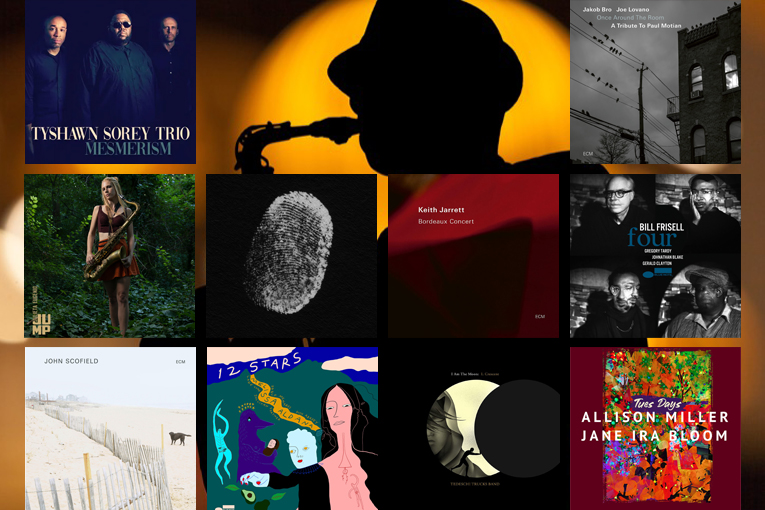 In my world, consisting primarily of improvised music, Americana, and the blues, it was a good year. Not a banner one, but as I replayed the recording projects I selected to make up my Top 10 for 2022, it struck me that it was very balanced. Reflecting that, my list contains some remarkable newcomers as well as the latest of what must be a dwindling number of unreleased live recordings from the irreplaceable Keith Jarrett. And, in the middle, there are a few exceptional recordings by some middle-aged (and older) players who aren’t done yet.

To truly understand how the music business has evolved since the 1980s, consider this: percussionist and composer Tyshawn Sorey released two stunningly good albums this year, lent his unique skills as a drummer to several others, and embarked on a number of other ventures—all in addition to holding a tenured teaching post at the University of Pennsylvania. Forty years ago, music journalists would have been hailing him as part of a lineage that includes Duke Ellington, Thelonious Monk, Miles Davis, and just a handful of others. The 42-year-old native of Newark, New Jersey, is that good. His works have been performed by the likes of the Los Angeles Philharmonic and the Atlanta Symphony, and he has released more than a dozen recordings, including a couple of sprawling, conceptual works. Featuring pianist Aaron Diehl and bassist Matt Brewer, Mesmerism keeps the focus squarely on the exceptional compositional craftsmanship of Ellington, Bill Evans, Paul Motian, Muhal Richard Abrams, and several others, and is so well played and recorded that it remains on a level apart from much of what was released this year. And it was an above-average year.

Jacob Bro and Joe Lovano: Once Around the Room: A Tribute to Paul Motian (16/44.1 WAV download, ECM Records)

The much-loved jazz composer and drummer Paul Motian is still as inspirational today as he was before his death in 2011. His ability to fill a composition with nothing more than a few spare rhythms and wisps of harmony and melody, or to play a percussive accompaniment held in tempo by only the lightest of touches remains unparalleled. Saxophonist Joe Lovano bloomed in the band Motian formed in 1981, which also featured an emerging Bill Frisell. Paired with guitarist Jakob Bro, in front of a remarkable band that includes two of Motian’s drum disciples—Joey Baron and Jorge Rossy—Lovano sounds exceptional as he pays tribute to his longtime bandmate. Produced by ECM head Manfred Eicher at The Village Recording in Copenhagen, Denmark, Once Around the Room is an exceptionally vital-sounding tribute to a musician whose presence continues to be felt.

Jump is the Argentinian saxophonist’s debut full-length recording, and it’s a marvelous introduction to a musician who sounds bound for great things. A trio recording with bassist Matt Dwonszyk and drummer Jonathan Barber, Jump was conceived during weekends when Eugenio would escape the New York City COVID-19 lockdown. Those weekend jam sessions, and the writing they spawned, came together to produce a single-day recording that sounds more like the product of weeks in the studio. Talented newcomers like Eugenio often try to overwhelm listeners with their speed or technique, but she seems quietly confident: as well she might with a collection of original compositions like this. Warmly recorded at a Brooklyn studio, Jump stands as one of the most-promising debut albums I’ve heard in years.

Mexican vibraphonist Patricia Brennan’s second album is a fascinating mélange of Afro-Cuban influences and Mexican folkloric references that weave and shift in and out of focus. Brennan favors a gauzy tone and makes frequent use of electronics to bend and blur notes. Adding Marcus Gilmore’s active and varied drumming to the mix makes for a potent blend of floating elements and visceral power. Ostensibly a percussion ensemble, Brennan’s quartet has the ability to extend its textural reach quite far, and the scope and quality of her music already has me yearning for a follow-up. It’s also worth noting that I found this to be one of the best-sounding new recordings I heard in 2022.

Unable to perform publicly since suffering two strokes in early 2018, Keith Jarrett reminds us how expansive, moving, and gorgeous his solo recitals could be. About 18 minutes into what would be his final solo concert in France, the pianist pauses after a tuneful yet tension-filled improvisation and downshifts into a gentle series of spare, chordal combinations. It’s a recognizable approach for those familiar with his well-documented, 46-year series of improvised solo performances, but here it continues to evolve into a simple, structured entity. In lesser hands, Jarrett’s approach might seem like an attempt to shoehorn the highlights of epic solo recordings like Sun Bear Concerts into a single recital. Rather, it seems that he succeeded in parsing the most compelling of his musical ideas—merging them into an intriguing flow of self-contained masterpieces of melodic development.

A confession: around a decade ago, I got tired of Bill Frisell. Which is saying something, because I’ve enjoyed both hearing his music and interviewing him many times over the years. But, after years of making interesting—if not exactly compelling—recordings for the Okeh and Savoy imprints, Frisell bounced back to form. Now signed, wisely, to Blue Note, Frisell formed a new band, with the much-underrated Greg Tardy on reeds, and released Four. It carried me joyfully back to earlier, ground-breaking albums like Have a Little Faith and Ghost Town. Everyone knows Frisell can play! Most guitarists would sacrifice a digit or two to just come close to getting his sound. But his truly great work has always carried an element or two of complete surprise, which is a reflection of Frisell’s long struggle to develop an original conception. Once he had that, it was like Bo Jackson discovering he could play football when he’d already been drafted by the New York Yankees: gone. Once great; now a thorough original. Four finds Frisell—once again—sounding utterly unlike anyone else.

Chances are I’ve spent more time listening to John Scofield than any other jazz guitarist over the past 20 years. Unlike Frisell, Sco has always kept me engaged by coming up with new ways of framing his distinctive sound. Like his peer Joe Lovano, Scofield refuses to stand pat or give you what you expect to hear. Amazingly, after changing things up so frequently during his long career, a solo album had never come up for consideration. Recorded in typically exceptional ECM fashion, the eponymous album manages to move the guitarist outside his tonal comfort zone: that distorted-yet-not-really-distorted thing of beauty that pours from his amplifier. While not exactly stripped, his tone is pared way down here, to a place where you have likely not heard him—unless, like me, you go way back with Sco. Any musician who can keep revealing new things to me after decades of listening will always have a place in my heart. Oh, and at my funeral? Sco’s new take on “Danny Boy” will suit me just fine.

One of the brightest young lights on the tenor saxophone, Melissa Aldana has wasted little time establishing herself at the forefront of New York City’s first-call players and collaborative leaders. Her major label debut finds her spinning out compositions inspired by both numerology and tarot cards, and the result is a far-reaching display of her skills as a composer and bandleader. The range and sturdiness of the playing on 12 Stars put me in mind of the early ’80s, when tenor players like David Murray and Chico Freeman freely mixed post-bop modernism with a broad stretch of influences, old and new. Her band is highly supportive and cohesive, but Aldana’s signature control and expressiveness at the top of the horn’s range are the highlights.

Tedeschi Trucks Band: I Am the Moon (24/192 FLAC download, Fantasy/Concord)

The pandemic: some folks baked bread; Susan Tedeschi and Derek Trucks produced a four-CD set of beautiful new music. It sounds like the guitarist couple spent the lockdown making art by just hanging out and doing what comes naturally. The result is reminiscent of some of the expansive, handcrafted albums of the early ’70s, like Eric Clapton’s classic outing as Derek & The Dominos and his off-handed turn with Delaney & Bonnie & Friends—not the first time Trucks has circled around the legacy of his mentor, Duane Allman. Expansive, thoughtful, and exceptionally tuneful, I Am the Moon is one pandemic souvenir that’s bound to be treasured.

Perhaps the best example of how improvising musicians made the best of the terrible situation brought on by the global pandemic, this loose, limber, and personal-sounding recording of spontaneous composition is another one for the time capsule of the Plague Years. Drummer Allison Miller and soprano saxophonist Jane Ira Bloom came together—remotely—over five Tuesdays in the spring of 2021. At the heart of their powerful and moving connection is the fact that these are two minimalists with deep listening skills. Consequently, there are no by-rote responses or predictable ploys in these joint improvisations; just two musicians communicating in the moment, and sharing the joy and energy of connection and collaboration.