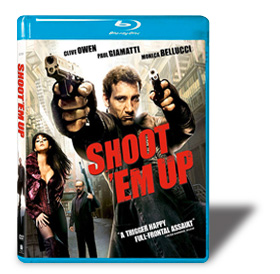 My sister and brother-in-law’s house is undergoing a major renovation, and their basement is finally nearly finished. Part of it will be a small home theater, and they asked me, the family audio/video know-it-all, for my opinions about what gear to get. They’d never had a home theater, and have found the transition from two to many speakers somewhat daunting. They wanted their new theater to be as unobtrusive as possible, but my brother-in-law insisted on "going 7.1," which he figured was the latest and greatest. (Little did he know that we’re already up to 11.4 channels.) I began by recommending on-wall speakers, some of which I’ve recently reviewed and have had a lot of success with. But with the home-improvement bills stacking up, my brother-in-law broke out in a nervous sweat at the prices of some of the gear I was recommending.

That got me thinking about how I’m using my own home theater these days, and the expense of putting together a 7.1 system. I thought of the days of stereo, when all you needed were two high-quality speakers. Now the same money needs to buy seven speakers and a subwoofer. To have the latest and greatest, you need 9 to 11 speakers and at least one subwoofer. But do you really need a 7.1 or 9.2 or 11.4 system? Why not cut back to 5.1 and save some money? Or spend the same amount but buy better-quality gear?

One of the main arguments against having more than 5.1 speakers is the dearth of Blu-ray titles recorded in 7.1. As of this writing, according to www.blu-raystats.com, only 168 such films have been released, and even that short list contains some oddities you wouldn’t think would benefit from two more channels -- such as W. and Be Kind Rewind. Having picked up The Golden Compass and 3:10 to Yuma on Blu-ray a few years ago and wanting to stock up on more 7.1 titles, I was recently hard-pressed to find much that I wanted, but came up with two. Although Shoot ’Em Up has an awesome soundtrack with tons of surround effects that take advantage of all 7.1 channels, I instead chose Semi-Pro, which I find more entertaining. And to hear Jackie Moon (Will Ferrell) sing "Love Me Sexy" in 7.1 -- priceless! 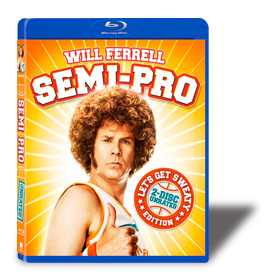 If you’re a fan of multichannel music recordings, as I am, how many 7.1 SACDs or DVD-Audios exist? Exactly none -- but since a total of more than 5.1 channels wasn’t part of the original specification for either format, that’s not surprising. Surround Records has released on Blu-ray a dozen 7.1-channel DTS-HD MA classical recordings that supposedly sound amazing, and there are perhaps a handful of others, but that’s about it. "Hold on!" you might be saying to yourself; "You can just use your surround modes, like THX Ultra2, to simulate 7.1 from 5.1." That’s true; usually I leave my A/V receiver in THX Ultra2 mode, but at times the extra processing can make discrete effects sound odd (for example, voices shifting back and forth between the left and rear surround speakers).

A room’s size and configuration will do much to determine whether or not rear surround speakers will be effective enough to be worth the added cost. The listening room in my old house was 20’L x 14’W, with my 92" screen on the short wall. My seat was 12’ from the front wall and 8’ from the rear wall. With such a setup, placing the L/R rear surround speakers on the rear wall made surround effects more seamless. Any atmospheric effects, such as in cave and outdoor scenes, were more convincing with the rear surrounds.

The basement theater in my new house measures 23’L x 16’W, but this time my 92" screen is on the long wall. Here I sit only about 3’ from the rear wall. Although only seven speakers are hooked up, when I wired this system I made provisions for nine channels (the extra two are for "future" height speakers) and three subs. Nearly all of the systems I review are 5.1, which means that, to concentrate solely on the review speakers, I disable my rear surrounds -- and I haven’t missed them: I still get a relatively seamless surround soundfield behind me and to the sides. I did miss the rear surrounds more in my old theater; there, the L/R surrounds were to the sides, pointed at my ears, leaving behind me a big, speakerless gap. 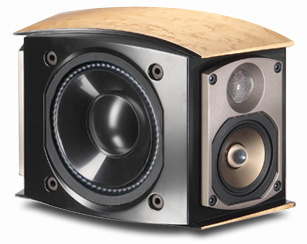 The type of speakers you use as left and right surrounds will play a part in whether or not you really need rear surrounds. I usually use dipole or bipole speakers as L/R surrounds because they send more sound out to the walls, and the listener hears more reflected than direct sound. Dipole speakers, which operate with some/all of their drivers out of phase, are especially effective if you sit close to the rear surrounds, as they’ll be difficult to sonically locate, which is desirable for surround ambience. Bipole surrounds, which operate with their drivers in phase, are designed to broaden the soundstage; when properly positioned, they do an effective job of filling in the rear surround channels. When I sit close to the rear wall, I find that placing the L/R surrounds in the room’s back two corners and aiming the side drivers down along the rear wall provides a decent substitute for rear surround speakers.

Direct-radiating L/R surround speakers, which fire directly at the listener, sound amazing with recordings in which individual instruments and/or voices have been mixed to the surround channels. Listening to the multichannel edition of Ladysmith Black Mambazo’s Long Walk to Freedom (SACD, Heads Up International HUSA 9109) with direct-radiating surrounds is gratifying -- the voices are firmly positioned in the surround channels, which make it seem as if you’re in the middle of the group as they’re singing on stage. If you’re more of a purist music lover who insists on direct-radiating surround speakers, then you can make a strong case for adding rear surrounds, and I wouldn’t argue with you.

Most people, given the choice of spending a fixed sum on two better or four worse surround speakers, would take the two good surrounds. Another way to look at whether or not to add a pair of rear surrounds is to consider spending the money on a second subwoofer instead. In many cases, the costs will be comparable, especially for a low-budget system. I’d choose the sub. I’ve been using two subwoofers for the last few months, and it’s awesome -- a better quality of bass, and more of it. In short, a second sub makes a far greater impact on performance than do two more surrounds. At best, adding rear surrounds will provide subtle improvements in the surround ambience. Another subwoofer, however, will smooth the bass response throughout your room, making placements easier, and will allow your system to play louder without strain. Who doesn’t want that?

If you have a lot of money to put into your home theater and don’t want to compromise, then the incremental cost of increasing your number of speakers from five to seven isn’t a big deal, and I say go for it. But the reality for most of us is that having more speakers than in the standard 5.1-channel home-theater system is costly and results in compromised quality, because you’re spreading your budget over more speakers. My advice to you is, don’t look back -- 5.1-channel sound is still, by far, the type of soundtrack most commonly found on Blu-ray releases, and the extra pair of surrounds will only marginally improve your movie-watching experience. However, if you can free up some extra cash, then adding a second subwoofer will give you the most bang for your buck, literally and figuratively.

My sister and brother-in-law thanked me for my advice -- then bought four mediocre surround speakers. Oh, well.