Experience has taught me that, no matter how small their Wi-Fi, waterproof, and/or Bluetooth speakers may be, Grace Digital consistently lavishes on their design and manufacture the same high level of care and quality. The EcoPebble Lite ($39.99 USD) is their next-to-least-expensive EcoXGear speaker, after the even-smaller EcoDrop ($29.99) -- the two smallest models in the ExoXGear line. But don’t sneeze at this little guy. As Grace CEO Greg Fadul puts it, the EcoPebble Lite is “tiny but mighty.” I decided to put it through its paces.

Inside the EcoPebble’s cardboard box is a pull-out cage of transparent plastic, so you can be sure you’re getting the color you want: Black, Blue, Orange, or Mint. Also in the box are a USB-to-Mini-USB cable and a bungee-cord carry strap, both short. An excellent fold-out instruction booklet in English, Spanish, and French, in decent-size type with useful illustrations, is printed on heavy, coated stock. 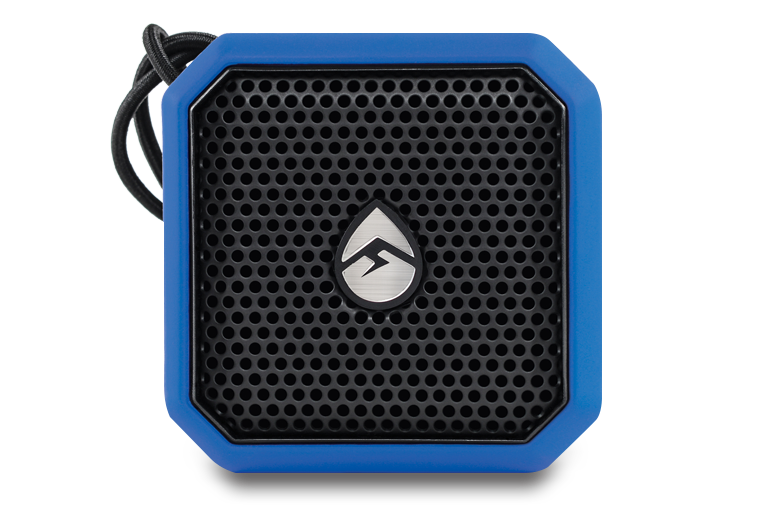 The EcoPebble Lite measures 2.9”W x 2.9”H x 1.7”D, weighs just 3.2 ounces, and has beveled edges and cropped corners -- in the top corner are slots for attaching the carry strap. On the front is a mesh grille, with the EcoXGear logo dead center. An LED at top center lets you know what the current function is. On the rear surface, a waterproof port conceals the Mini USB and 3.5mm jacks, for connecting non-Bluetooth audio devices. The port’s cover is permanently tethered to the EcoPebble with a little cord of its own -- you won’t drop or lose it. And four tiny feet let you lay the speaker flat.

Along one edge are the power switch and a button for pairing two EcoPebbles for two-channel stereo playback. On the right side are buttons for play/pause, next/previous track, and volume up/down. These must be pressed fairly hard, which I’m sure has something to do with the EcoPebble Lite’s dust- and waterproofing -- which, by the way, is specified as IP67.

On the bottom of the EcoPebble Lite is a 1/4” socket that excepts standard tripods, or Grace Digital’s suction-cup ($14.99) or handlebar ($19.99) mounts, sold separately. I imagine that the handlebar mount would be useful when two EcoPebble Lites are paired for stereo -- for which playback mode, by the way, no app is needed. And once two EcoPebbles are paired, they should connect automatically the next time you use them. 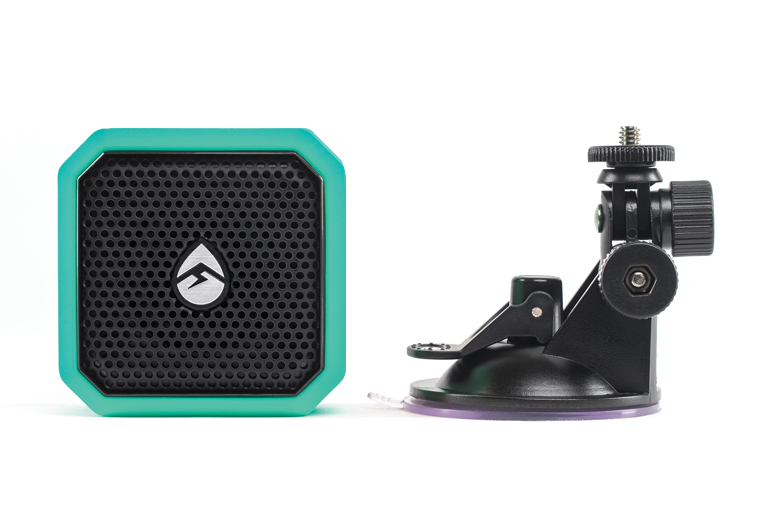 More specifications from Grace Digital: The EcoPebble Lite supports Bluetooth 4.1, has a 5W RMS amplifier that powers a 2.25” driver, and a full charge of its battery is claimed to provide seven hours of playing time at 75% output level.

Using the EcoPebble Lite was simplicity itself. You turn it on by holding the power button down for about three seconds, until the LED blinks blue. When you pair the EcoPebble Lite with a Bluetooth device, this LED glows solid blue, and a voice prompt lets you know that pairing is completed. There are also voice prompts for power on and off. The LED glows green when the battery is fully charged.

Once I’d paired the EcoPebble Lite with my devices -- a simple process -- all controls worked as specified. The EcoPebble Lite is easy to hold in one hand, and with the carry strap I could just hang it on a hook or nail. An online video showed a skateboarder holding the speaker in one palm, the strap wrapped around his wrist. In short, I think you can assume that the EcoPebble Lite can be used just about anywhere. 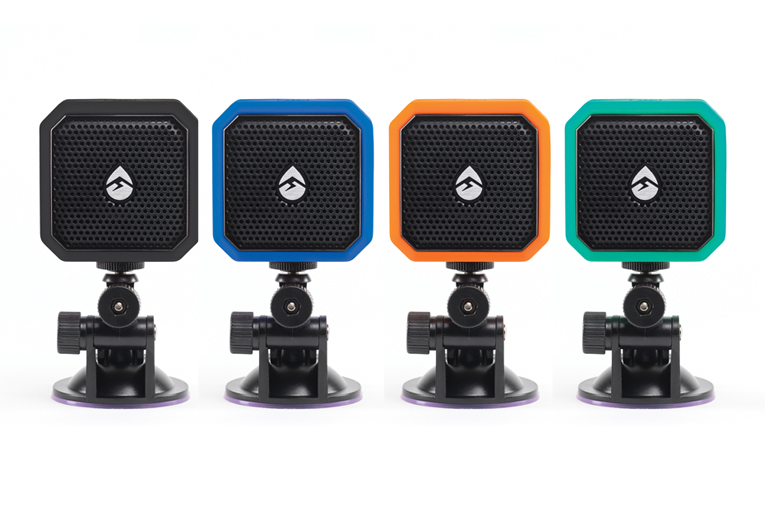 The hardest task was installing the carry strap. Grace apparently realizes this, and devotes an entire section of the instruction foldout to the process. It took me a little while, and required patience and perseverance.

I took it in the shower with me five or six times, and it emerged none the worse for wear. The EcoPebble Lite’s waterproofing rating of IP67 is slightly lower than that of other EcoXGear waterproof speakers, so I don’t advise hosing it down. But normal splashing is OK -- and yes, it floats.

I didn’t expect much bass from a 3”-square speaker, and the EcoPebble Lite didn’t surprise me. But I got a very decent upper midrange and treble, along with terrific fidelity for a speaker of this type. And it played pretty loud. The six jets of my new Oxygenics showerhead make a lot of noise, but I was easily able to hear the EcoPebble Lite over the ruckus. So while I was unable to try it, I imagine I’d be able to hear this little thing if it were fastened to the handlebar of a bike, or held in the hand while skateboarding or surfing -- and it would certainly be fine with a laptop computer.

To begin, I gave the EcoPebble Lite an impossible challenge: the suite from George Antill’s ballet Corroboree, with Sir Eugene Goossens conducting the London Symphony Orchestra (16-bit/44.1kHz ALAC, Everest). The work is scored for an enormous orchestra, including contrabassoon and an army of percussionists. I could scarcely hear the contrabassoon or the other low-frequency instruments, but with those more or less missing in action I was able to hear wonderful detail in the harps and upper-frequency percussion. While the EcoPebble Lite wouldn’t be my first choice to listen to this sort of colorful music, it was a better, and even more revealing, experience than I’d expected.

Various rock recordings did better, mainly because the EcoPebble Lite was able to reproduce the drums, providing the crucial rhythmic drive. Fleetwood Mac, the Beatles, 10cc -- all fared pretty well, with excellent drive and punchiness. Voices were not only intelligible, but fairly true to the source music.

Solo guitar was perfectly OK and piano mostly OK, except for the lower octave. And speaking voices and jazz vocals fared well.

The EcoPebble Lite is decidedly a speaker for only background and casual listening -- for those purposes, it did an admirable job.

Grace Digital’s EcoXGear EcoPebble Lite is a very likable little speaker. As cute as can be, it provides more sound than you might expect from anything its size. It’s inexpensive and, remarkably, is warranted for three years. Buy one, charge it up, and you’re ready to roll. It would make a perfect stocking stuffer for a young person -- or anyone young at heart.