Altec Lansing has a long and distinguished history -- the company was founded in 1936, before I was born, and I remember their speakers from my college days. The subject of this review, the Mini Lifejacket 2 ($99.99 USD), is only the tip of an iceberg -- Altec Lansing makes eight models of Jacket Bluetooth speakers, from the Mini H20 ($39.99) to the Omni Jacket Ultra and the Super Life Jacket (both $299.99).

Well, not a box, exactly. The Mini Lifejacket 2 comes packaged in hard plastic, though not that awful clamshell stuff I keep railing against. On the bottom are two sealed latches. Remove the seals, press inward on the latches, and the top easily lifts off. Inside is the Mini Lifejacket 2 and, under it in a cardboard box, an AC-to-USB adapter, a USB-to-USB-Micro cord, a 3.5mm accessory cord, a warranty sheet, a sheet of Altec Lansing logo stickers in seven sizes, and a quick-start guide that’s also the user’s manual. Instead of the guide, my sample had a second sheet of stickers; I was easily able to find the guide online.

The Mini Lifejacket 2 measures 6.5”W x 2.5”H x 2.375”D, weighs 14.4 ounces, and comes in several color combinations: basic black with red, green, blue, or black trim, or dark-gray body and trim. Its front and rear faces are covered by grilles, each divided into three roughly hexagonal areas. On the front, behind the left and right hexagons, are two 1.5” cones driven by neodymium magnets. On the rear, the grille over the central hexagon conceals a passive bass radiator. The remaining grille areas on front and back seem merely decorative. On the front is a plastic Altec Lansing logo, on the back a tethered tab with a tight seal; pull this up to expose the bay containing the USB-Micro charging port and the 3.5mm jack for plugging in non-Bluetooth devices. As with most such models, the Mini Lifejacket 2 is not waterproof when this bay is open -- AL urges you to close and seal it tightly.

On the bottom is a threaded socket for attaching a tripod, or a bracket for mounting on a bicycle. The top has three buttons: power on/off, and volume up and down. Held down longer, the volume buttons function as previous and next buttons. The case is covered in a rubberized material that makes it easy to pick up and ensures that it will stay put when playing loud music. The Mini Lifejacket 2 has an IP67 waterproof rating, which means it can survive being submerged for half an hour, and is also claimed to be “sandproof,” “snowproof,” “dustproof,” “shockproof,” and “it FLOATS!” AL says that its lithium-ion battery will power it for up to ten hours; I found that a charge lasted closer to eight.

The Mini Lifejacket 2’s buttons all worked as promised, and it paired easily with my iPod Touch, and with my Astell&Kern AK Jr, which often has trouble with Bluetooth pairing. I was annoyed by the Mini 2’s loud female voice, which informed me that it was turned on and pairing and welcomed me to Altec Lansing, and proceeded to repeat this announcement every time I turned the thing on. There seems to be no way to turn it off. It’s a minor distraction, but some users seem to hate it.

The Mini Lifejacket 2’s range of Bluetooth operation was about normal: 20-25’ indoors, or 30’ outdoors with no obstructions. When the Altec Lansing has successfully paired with another Bluetooth device, a blue LED behind its front grille flashes every so often. 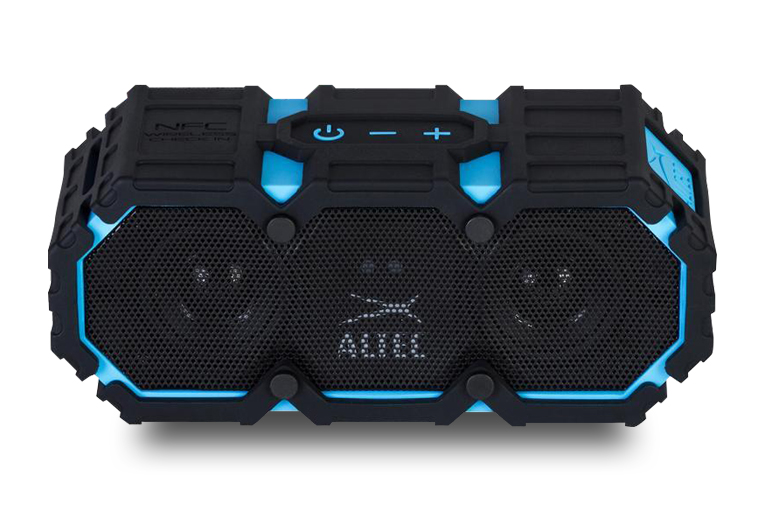 No snow had yet fallen in my area, so I couldn’t test Altec Lansing’s “snowproof” claim, but I took the Mini Lifejacket 2 into the shower with me and splashed it thoroughly, then filled the sink with water and dropped it in. Indeed, it did float. The build quality is solid; I had the feeling I could toss the Mini Lifejacket 2 into a gym bag without worry. I dropped the Mini 2 several times onto my carpet from a height of 5’ while it was playing and couldn’t faze it. Emboldened, I then threw it at the floor. It bounced -- and kept on playing without a blip.

Its small size led me to expect little from the Mini Lifejacket 2, but the fact that it’s made by Altec Lansing made me think I might be in for some surprises. That’s what happened. The little speaker played loud enough, with a pointed but appealingly neutral sound that only slightly emphasized the top end and, inevitably, rapidly rolled off the bottom. It couldn’t be pushed it to its maximum volume without distorting. To avoid this, I had to increase the volume until I heard the Bluetooth limiting ping, then back off two or three notches. At that setting I heard minimal distortion, except during very loud orchestral tuttis. The Mini Lifejacket 2 is a one-box stereo speaker, but its drivers are so close together that it provides only a hint of channel separation.

Because it’s already mid-November as I write this review, I limited my listening to holiday music, examples of almost every genre of which are loaded on my various devices. Kicking things off was Leroy Anderson’s A Christmas Festival, in a rip-roaring performance by Leonard Slatkin and the BBC Concert Orchestra (16-bit/44.1kHz ALAC, Naxos). The woodwinds sounded particularly neutral, with good definition and timbre, and with enough clarity for me to differentiate them from the organ doublings in the boisterous finale, in which the brass also blast out “Adeste Fidelis” as if there were no tomorrow. The strings sounded just a little harsh. 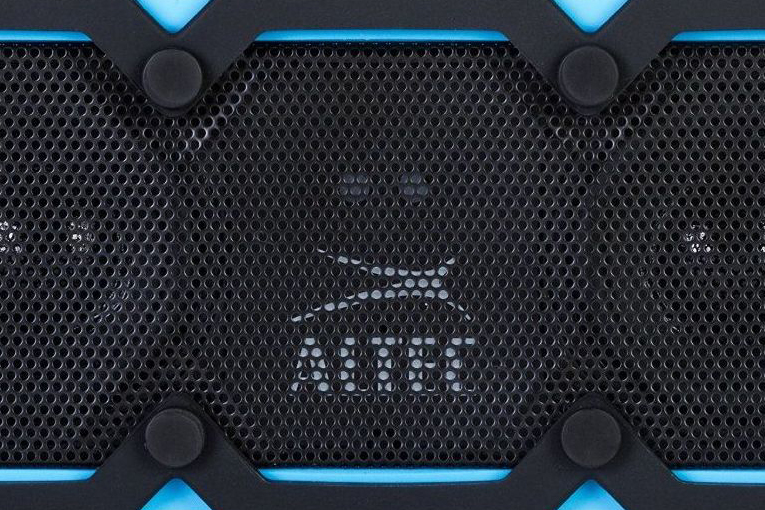 Turning to “Deck the Halls,” from the Elizabethan Singers’ Sing Nowell (16/44.1 ALAC, Boston Skyline), I found the choral textures very crisp and clean -- and, since the performance is a cappella, there were no outrageous demands for bass. “Cantique de Noël,” from Joan Baez’s Noël (16/44.1 ALAC, Vanguard), sounded quite good, with Baez’s pure, ethereal soprano, circa 1966, floating over Peter Schickele’s warm arrangements for strings punctuated by harp arpeggios.

“Christmas Carol” -- which is not what its title might lead you to expect -- from Skip Ewing’s Following Yonder Star (16/44.1 ALAC, Geffen), has a nice country sound, the guitars, fiddle, bass, and drums comfortably settled in behind Ewing’s warm voice and perfect enunciation. There’s also hard country rock for the holidays -- with its electric guitars and bass, heavy drumming, and hard-driving vocal, the raucous “Run Run Rudolph,” from Dwight Yoakam’s Come On Christmas (16/44.1 ALAC, Reprise), proved no problem for the little Mini Lifejacket 2, which somehow reproduced a convincing illusion of thumping bass.

The Mini Lifejacket 2 seems mostly worthy to bear the Altec Lansing logo. You have to back off the volume a bit to avoid distortion, but the speaker is durable and immune to just about any element or form of abuse -- it can be tossed around without fear of damage, and it sounds good as a background speaker. The mounting options make it a good bet for a bicycle speaker, and it was fun to use. But Altec Lansing offers eight Jacket models -- while the Mini Lifejacket 2 might indeed be a great choice for some customers, some of the deficiencies I found in it are likely not to occur in the more expensive models. It might be a good idea to check the specs of the others, to see which might best suit your needs.