I like Outdoor Tech -- the imaginative company comes up with devices like no others. A few years ago they came up with the Buckshot, a little cylindrical speaker that could be fastened to a bicycle handlebar or hung from a backpack loop. Now they’ve expanded that design into the Buckshot Pro, which adds a flashlight and a battery charger. 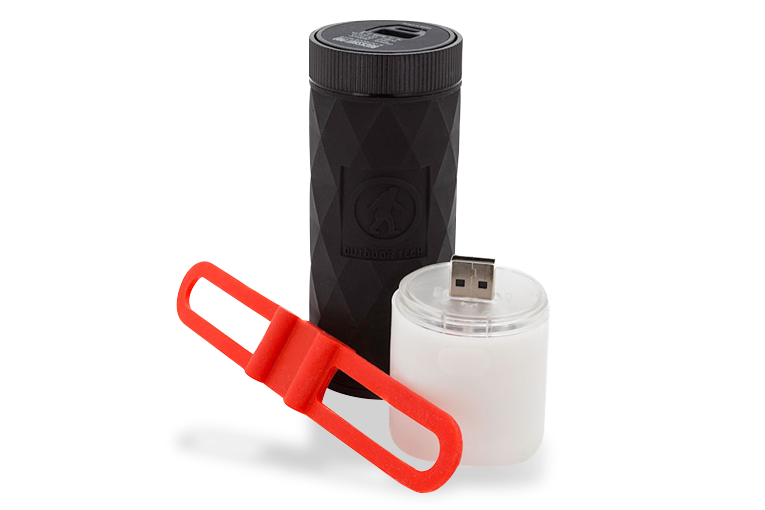 The Buckshot Pro ($79.95 USD) comes packaged in one of Outdoor Tech’s fun boxes. Through the clear plastic front you can see the Buckshot Pro itself; on the back of the box is a colorful list of selling points: it resists water and physical shocks, has a rubber handlebar mount, and its rechargeable battery provides ten hours of music. Inside the box are a USB-to-USB Micro charging cord, the handlebar mount, an instruction book, a leaflet explaining the warranty, and safety instructions.

The Outdoor Tech Buckshot Pro resembles a flashlight: A cylinder 1.75” in diameter and 4.1” long -- or 5.9” long with flashlight accessory attached -- it weighs 6.6 ounces. It comes in several colors: Army Green, Black, Red, Orange, Gray, or Glow, the last a neon green that glows in the dark. The flashlight is always white. The Buckshot’s rubberized body feels very solid. 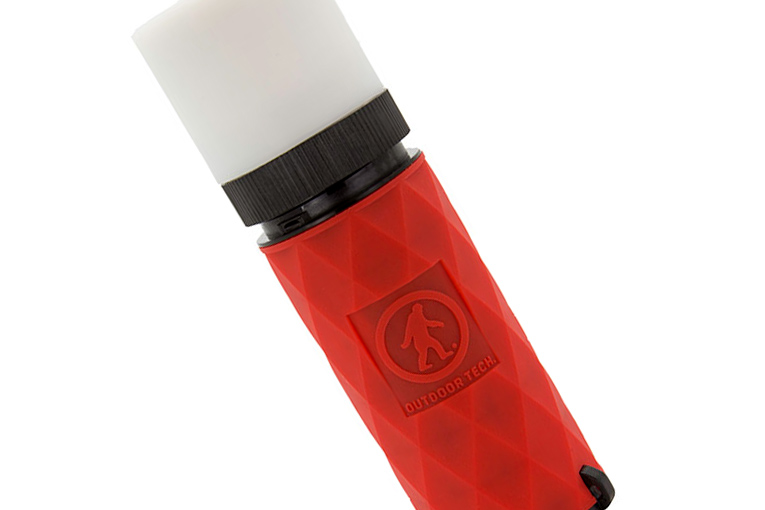 Dividing the longitudinal area of the cylinder roughly into thirds: Along one of these three “sides” is a raised Outdoor Tech logo; along another, slits that help vent the bass response, and two tiny LEDs to inform you of the status of charging, on/off, and Bluetooth pairing; and, along the third, a circular, all-purpose control with a raised center for the on/off, play/pause, and telephone functions. Above and below this control are slightly raised arrows that control volume up/down and skip forward/back.

The bottom end is a grille for the tiny speaker, and a tiny loop for attaching a cord; the upper end has a USB Micro charging jack, and another USB jack for connecting the flashlight and charging other devices. You plug the flashlight into the USB jack, then screw on a locking-washer assembly for stability. The flashlight has its own on/off button with four settings; in two of these, the outer LED ring glows brightly or dimly; in the other two, the inner LED functions as a regular flashlight, or blinks rapidly for use as a strobe or warning light.

Using the Buckshot Pro was fairly straightforward. The one thing that took a bit of thinking were the on/off switches for the flashlight and the Buckshot Pro itself, which work independently of each other. Even when the Buckshot Pro is turned on, you need to turn on the flashlight separately -- or vice versa. Both buttons engage only after being held down for three seconds or so. You’ll get voice confirmation from the main unit to let you know what’s going on, but none from the flashlight -- whether it’s lit up or not should be confirmation enough. When the main unit has finished pairing with a Bluetooth device, its blue LED then blinks every six or seven seconds. 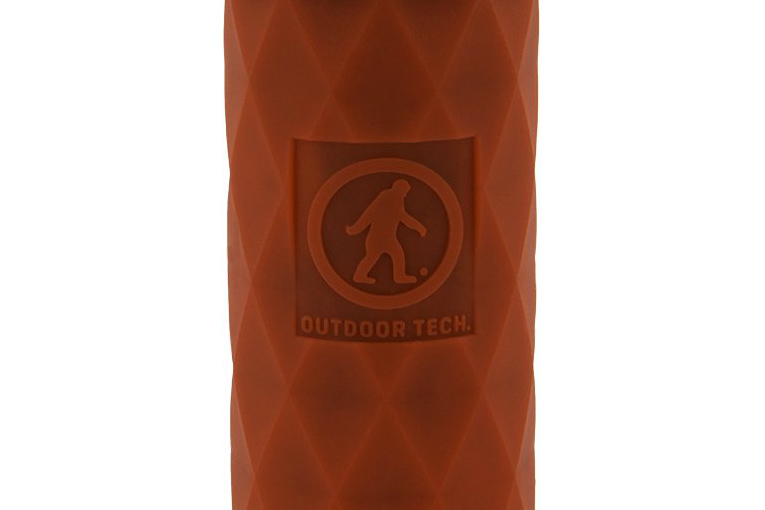 Pairing with my iPod Touch was simple. The Buckshot Pro automatically entered pairing mode when I turned it on -- all I had to do was find it on my Bluetooth list and tap on it. Mission accomplished.

The range of wireless Bluetooth operation was average: about 28’ with no walls, a little less when walls were in the way. (Outdoor Tech claims a range of 32’.) The promise of ten hours’ worth of play on a single battery charge seemed right on the money, though this will vary depending on how much you use the flashlight and charging abilities. All controls worked as advertised.

The flashlight is nifty, and its different settings are attractive features. I removed the flashlight and used the Buckshot’s USB jack to charge my iPod Touch; it worked just fine. I would think, though, that this would be useful only in emergencies, as it shortens the remaining charge time. 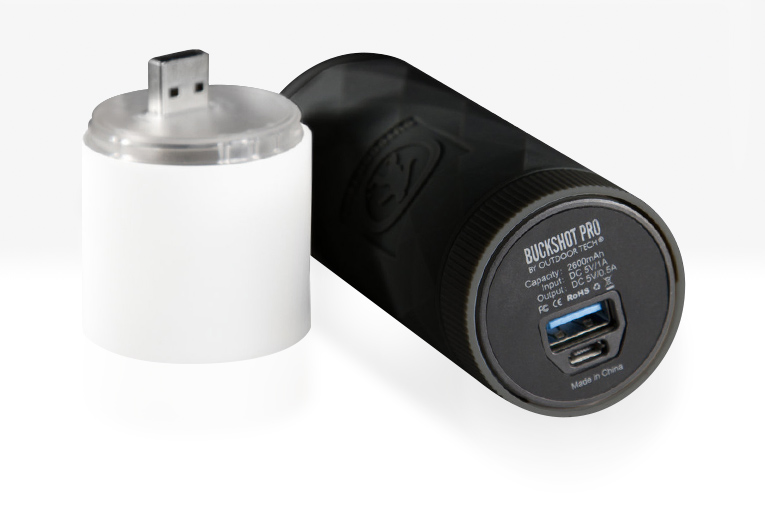 The Buckshot’s tiny speaker isn’t anything you’re going to use for serious listening -- it’s there to provide background music. Though its output is mostly in the midrange, it sounded surprisingly better -- and louder -- than I expected. I played Duran Duran’s Astronaut (16-bit/44.1kHz ALAC, Columbia), and got the album’s gist without music-ruining distortion. So it went with everything else. Classical music and jazz were pretty much out of the question, due to the Buckshot’s lack of dynamic range. Voice-centered music and tracks with less powerful bass will fare best.

Though the Buckshot Pro is flexible as to placement, I think it will mostly be used attached to bicycle handlebars, with the speaker pointed at the rider and the flashlight pointed forward. Then it will keep you marginally safe and modestly entertained, and act as an emergency phone charger if you need it.

At $79.95, the Buckshot Pro seems a bit pricey -- until you consider its rugged build. Still, although I recommend it, especially to cyclists, I’d recommend it even more heartily if it cost $10 or $20 less.