I purchased these off the shelf at Walmart and didn’t expect much from them. But the on-ear Transit headphones from Jam, a division of HMDX, turned out to be a good bargain at $49.99 USD. After using them for three weeks, and despite one serious flaw, I found a lot to like about them. 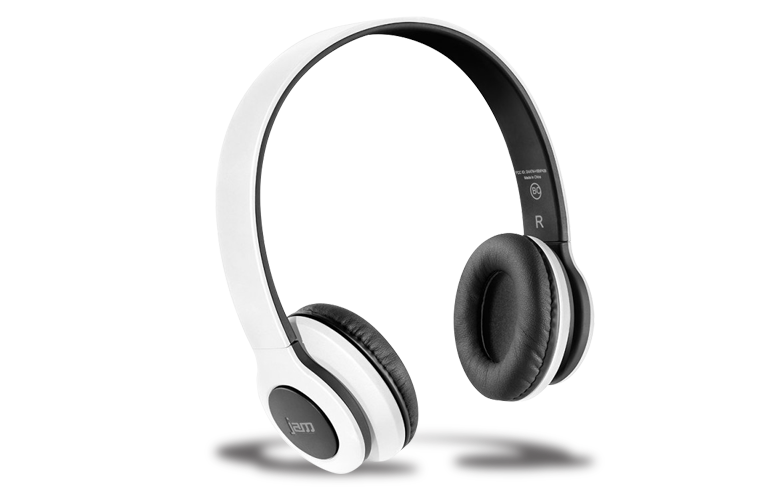 It’s less a box than packaging cleverly designed to do double duty as a clamshell carry case. Remove the cardboard insert holding the small startup guide and a USB-to-USB Micro charging cord, peel off the plastic advertising (it leaves no residue -- hooray! -- but peel slowly), and voilà: a clear-plastic case complete with handle on top. It’s not terribly elegant, but it’s practical.

The Transits themselves are the usual mix of plastic and metal and come in three colors: black, red, or white. The headband has no extra cushioning, and ends on either side with adjustable arms. These have detent clicks; important, because the arms must be fully retracted before the Transits will fit into their case. Remember how many clicks the arms need to be extended to fit your head. 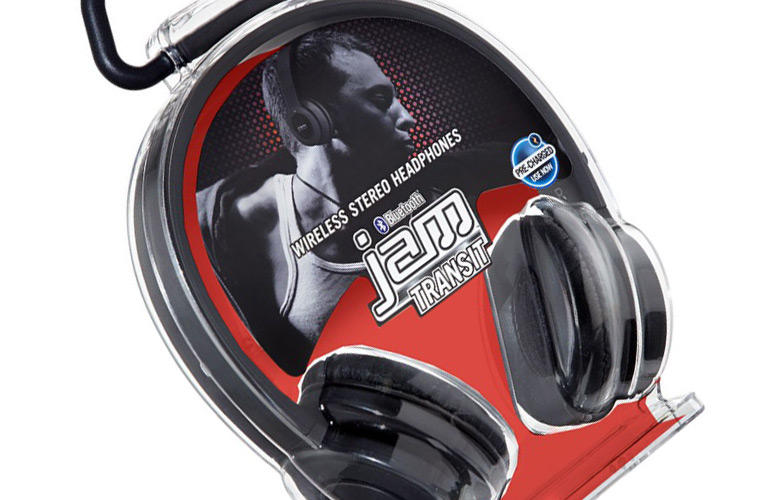 On the back of the left earcup is a very small Jam logo; on the right earcup are all the controls, which are arranged a bit differently from those on other headphones. There’s a circular one in the center for on/off and play/pause. To its left are skip forward and back, and to the right are volume up and down (+ and -). The jack for the charging cord is at the bottom of the cup.

Perhaps to save money, the Transits have only two LEDs, one blue and one red, just above the circle of controls. Red indicates charging, while the blue LED has three modes with four meanings: Steady illumination indicates on, rapid blinking indicates pairing, slow blinking indicates a connection, and steady again indicates off. I would have preferred to see “off” indicated in red in some way; solid blue tricks me into thinking I’ve turned it on again. (You have to remember the sequence.)

The Transits come pre-charged and can be used right out of the box. A full charge takes about 1.5 hours and is claimed to last 11 hours. When the battery is drained, you can’t use them until you’ve charged it again. The Transits can be used only with Bluetooth, not with a wired connection. 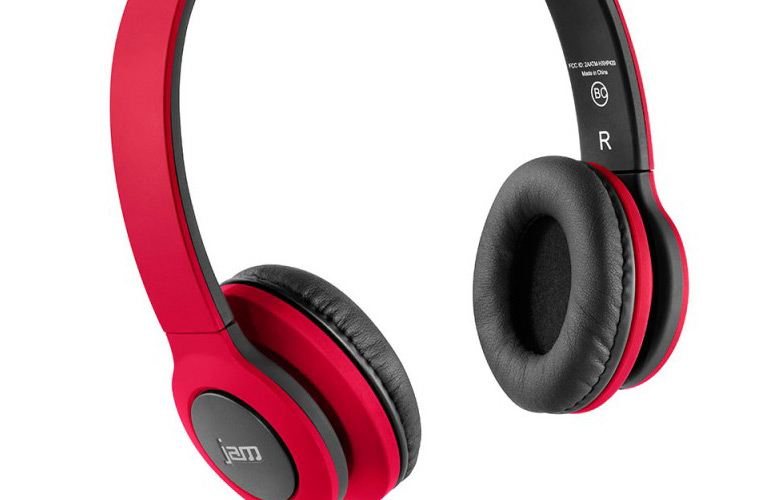 Though they have a somewhat skinny profile, the Transits seem to be well made; they feel solid. The earcups have the usual foam padding, but not nearly as much as I’m accustomed to. They pivot and turn in every direction to ensure a good fit.

The Jam Transits were easy to use. After I charged them, they quickly paired with my third-generation iPod Touch and my sixth-generation iPod Nano, which I wear like a watch. Jam advertises a range of Bluetooth operation of 30’, but I found 20’ to be the maximum. When I wore an iPod Touch or Nano, of course, no problem.

The Transits’ fit on my head was good -- tight enough that I can recommend them for the gym, biking, and running. Oddly enough, though the earcups have less padding than the norm, I found them very comfortable, with none of the heat buildup I’ve experienced with other brands. And perhaps because of the earcups’ oval shape and minimal padding, the Transits blocked more exterior sound than have other on-ear models I’ve tried. And they’re so light that, after 15 or so minutes, I forgot I was wearing them.

The controls were easy to find after I’d used them for about ten minutes. They click solidly. Like most Bluetooth headphones, the Transits can be used with a telephone, but I didn’t try that.

The Jam Transits gave and they took away. They played louder than most Bluetooth headphones -- I could hit the top of the volume range (where you hear the bell), then back off two notches for a perfect level with most music. When I ran my devices flat, as I normally do -- i.e., with no equalization -- the Transits produced more solid, punchy bass than I would have thought possible.

The Transits had a transparent midrange and lots of presence. Only the highs disappointed. They were definitely rolled off on top, which could take a toll, depending on the recording. The drums at the beginning of “Chains,” from Duran Duran’s Astronaut (16-bit/44.1kHz ALAC, Epic), punched with authority, but that opening cymbal just didn’t shimmer, nor did any of the ensuing cymbal strokes in this track. 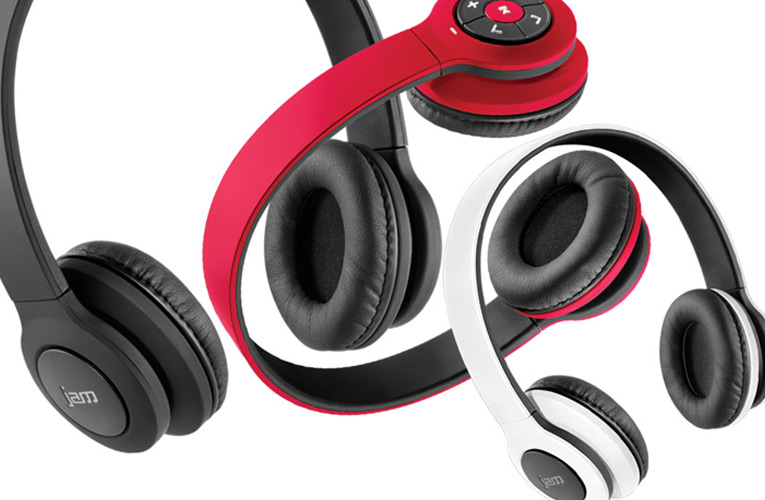 I confirmed the Transits’ lack of highs with “El Condor Pasa,” from Simon and Garfunkel’s Bridge Over Troubled Water (16/44.1 ALAC, Columbia). The voices were clear enough, but the more delicate percussion instruments were all but obliterated by the more prominent midrange.

In short, the Jam Transits were good enough for casual listening, the gym, biking, or anything that requires body movements -- but not for listening when sound quality is paramount.

The Jam Transit headphones have a lot more going for them than you’d think. The clever packaging converts to a carry case, they fit well, they have punchy bass, and they don’t get hot with prolonged use. But the lack of clean, crisp highs limits their appeal. This minus is countered by perhaps the biggest plus: the extremely low price.