Grace Digital’s EcoXGear brand of sports and outdoor speakers includes some of their most innovative concepts and designs, and has become the company’s biggest moneymaker. The EcoExtreme 2 is a waterproof Bluetooth speaker and a waterproof case in which you can safely store your smartphone or music player, along with a good assortment of accessories. Rugged as a bulldog at its attractive price of $79.99 USD, it seems ideal for the sports enthusiast who wants everything in one place. 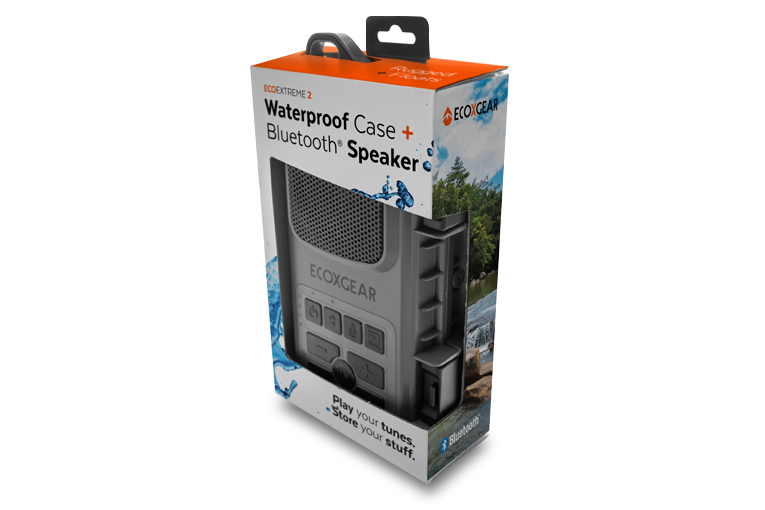 The EcoXGear EcoExtreme 2 comes in a cardboard box with panes of clear plastic that give a full view of the speaker. A good thing—it comes in gray, blue, or orange, and you’ll want the color that’s right for you. In the box are the speaker, a USB-A-to-USB-C charging cord, a carabiner clip, and a comprehensive User Guide.

The EcoExtreme 2 measures 10.1″H x 5.5″W x 2.3″D, weighs 17 ounces, and feels remarkably solid. It fits into a rectangular clamshell case of high-impact plastic reinforced by little ribs around all four edges/sides. A hinge runs most of the length of the left edge, with two clasps on the right edge—clamp these down for a watertight seal. The clasps also serve as feet when the EcoExtreme 2 is stood on edge on a flat surface. At the upper-left corner is a molded-in loop that can accept your finger or the carabiner. There’s an EcoXGear logo on the front, and a much larger, reflective one molded into the rear panel. 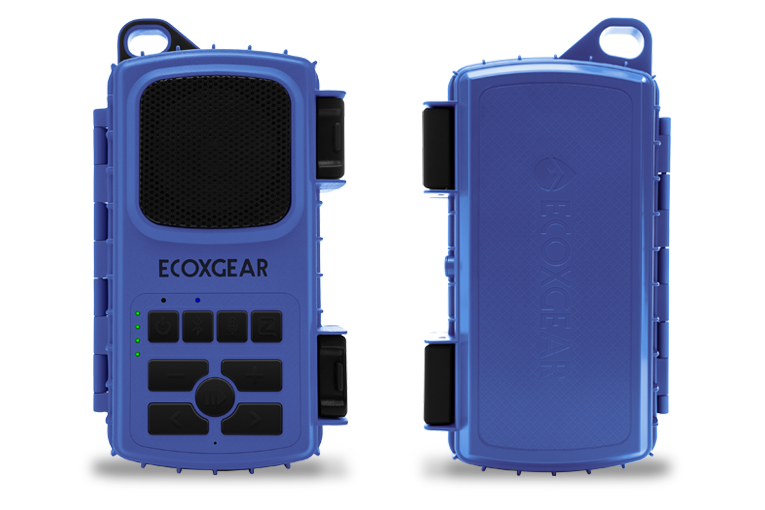 At the top of the front panel is a 3″ x 3″ speaker grille, and below this are all the controls. The top row of four big pushbuttons are power on/off, Bluetooth pairing, EcoTalk (to activate the voice assistant on your smart device), and Zello (an app for using the EcoExtreme 2 as a walkie-talkie). Below these are five even larger buttons: play/pause, volume up and down, and previous and next. Just above the four top buttons are two LEDs: The one above the Power button glows red during charging, green when charging is complete. The blue LED above the Bluetooth button flashes during the pairing process, then glows steadily when pairing is completed. A column of four green LEDs to the left of the Power button indicate the status of the battery charge. Voice prompts accompany many of the functions. 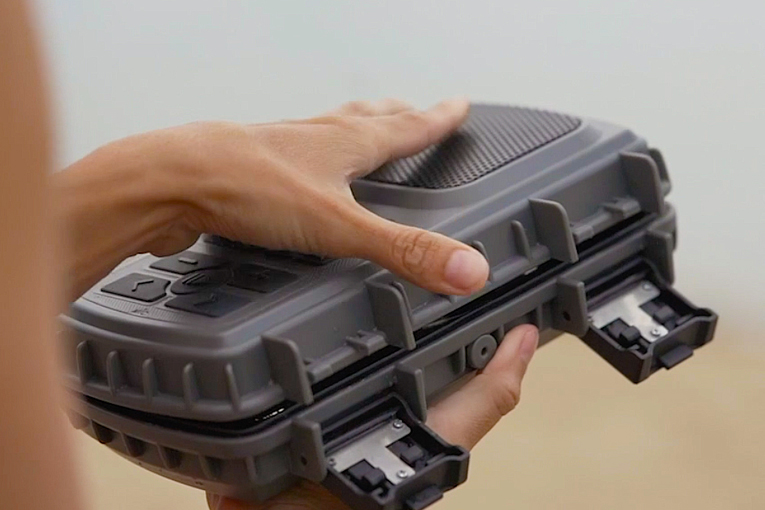 To open the case, gently press the clasps. In the clamshell’s left half are the USB-C charging port and the master On/Off switch—the manual repeatedly cautions that this switch must be in the On position before the Standby switch on the outer front panel will function. In the right half of the shell are 30 cubic inches of waterproof storage space—enough for your smartphone, keys, fishing/hunting license, credit cards, cash, etc. A mesh pocket and retainer band keep everything neat and orderly.

The User Guide devotes a lot of space to the proper use of the clasps, and suggests that you test the EcoExtreme 2’s watertightness with a piece of paper before trusting it with your smartphone or device. The speaker’s waterproof rating is IP67—it should float, and survive total immersion for up to 30 minutes.

The EcoExtreme 2 uses Bluetooth v.5.0. EcoXGear claims that its battery will fully charge in about three hours, to provide about 15 hours of play. Its 2.5″ speaker is powered by a 15W amplifier. 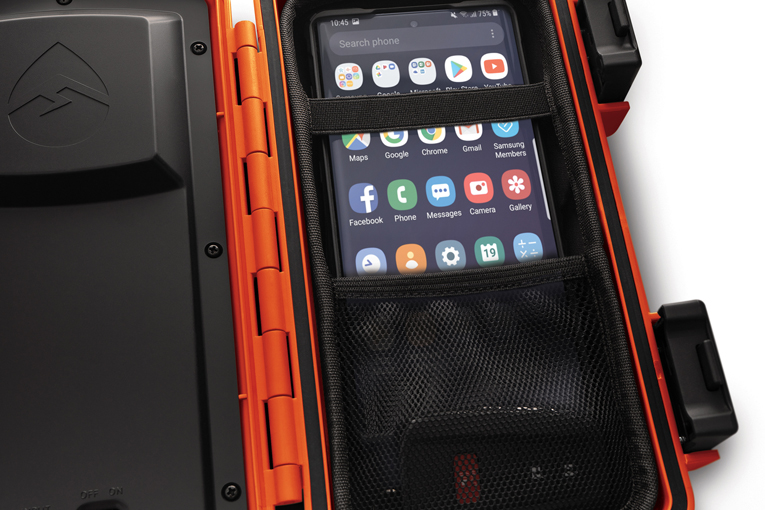 John Williams has achieved great success as film composer and conductor, and is one of the most successful crossover artists in the world. The sound of last year’s John Williams in Vienna, with the Vienna Philharmonic and violinist Anne-Sophie Mutter (16-bit/44.1kHz FLAC, Deutsche Grammophon/Amazon Music HD), is far more lush and sumptuous than the usual Hollywood sound. Strings sparkle, woodwinds bubble, there’s solid bass, and sharply articulated percussion provide pungent accents. Nowhere is this heard better than in “The Flight to Neverland,” from Williams’s score for Hook. The very lowest bass notes went missing, of course, but otherwise, the EcoExtreme 2 provided exceptionally bold, detailed sound compared to other Bluetooth speakers at or near its size that I’ve heard. It was mono, but it was still absolutely thrilling to hear. 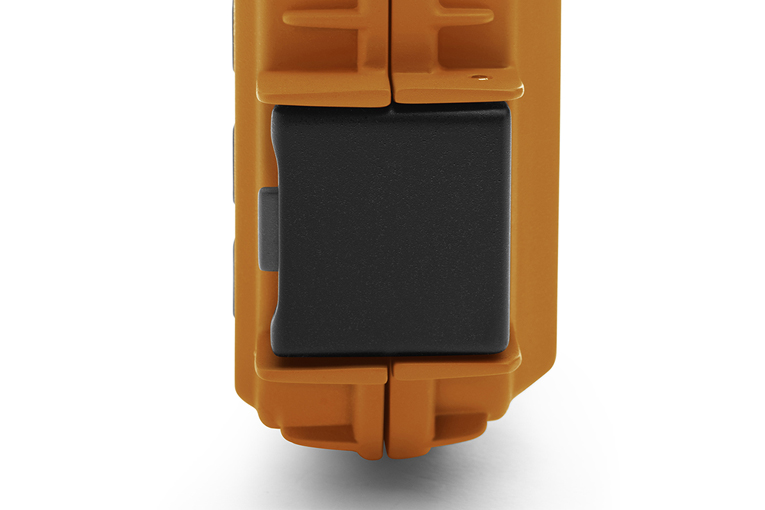 In “When Someone Loves You,” from Harry Connick, Jr.’s Your Songs (16/44.1 FLAC, Columbia/Amazon Music HD), Connick is accompanied by what sounds like a large orchestra playing the singer’s own arrangements—evidently, no expense was spared for this production. Through the EcoExtreme 2, the rhythm section sounded crisp and clean, the brass interjections crisp and pointed, and the strings actually had a touch of air around them. Connick’s voice had good focus in front of the speaker—I could hear more than a hint of the nuances in his voice. Although, again, the very lowest bass notes were absent, the music came across very well.

The late pianist Arturo Benedetti Michelangeli (1920-1995) made some terrific recordings, but none, for my money, better than his searing, probing reading of Chopin’s Ballade No.1 in G Minor (16/44.1 FLAC, Deutsche Grammophon/Amazon Music HD). Contrasting breathtaking pianissimi with thundering fortissimi, Michelangeli fashions a performance that is in the same instant lyrical and dramatic—any other version of this familiar work, in my opinion, pales by comparison. As the artist put the piano through its paces, the EcoExtreme 2 responded favorably with a clear midband and detailed highs. The low bass was missing, and the scale of the performance was small due to that single 2.5ʺ driver, but that comes with the territory of portable mono Bluetooth speakers. I still enjoyed hearing this recording through the EcoExtreme 2, which could reproduce it loud enough to fill my room. 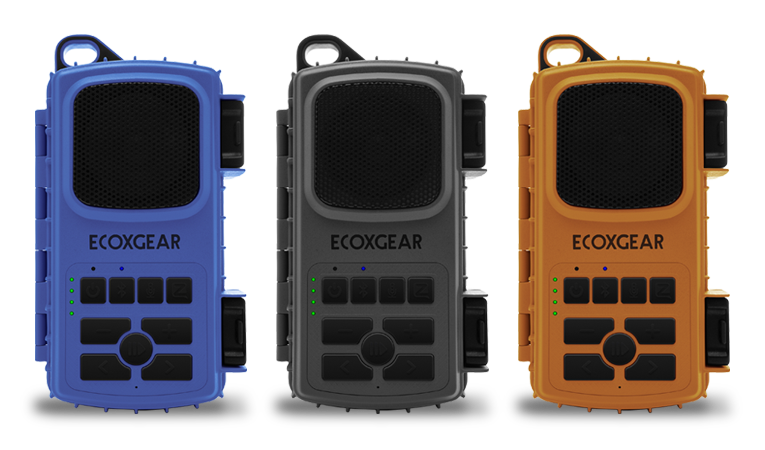 EcoXGear’s EcoExtreme 2 fills a niche: A good-sounding Bluetooth speaker, it’s also a waterproof storage case that will keep your smart device and accessories safe and dry in inclement weather or on a trip to the pool or beach. It’s perfect for those on the go who want everything in one place. Given all that, I highly recommend it.