When SoundStage! Network publisher Doug Schneider and I first talked about a column that would call attention to important rock recordings, I leaned toward albums I’d grown up with that are now part of the rock canon. But a few weeks ago, while listening to Wilco’s third album, Summerteeth, it occurred to me that a more current release would be worth looking at in depth. Then I looked at the release date: In March of this year, Summerteeth turned 20. Wilco themselves got together 25 years ago. So much for my being hip and cutting-edge -- but Wilco very much retains those qualities. 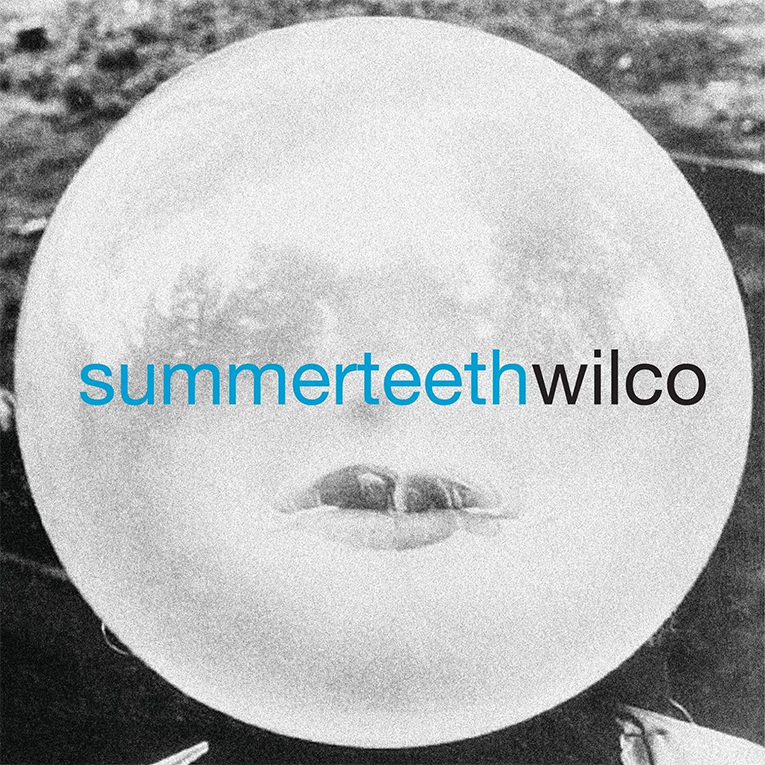 Wilco began recording their first album, A.M., within a few weeks of Uncle Tupelo’s demise; it was released in March 1995. Critical response and sales were tepid. Trace, Farrar’s first album with Son Volt, was released that September and was far better received. But when I recently relistened to A.M., I found that time has treated it well. It features strong songwriting by Tweedy that shows him defining an identity distinct from Uncle Tupelo’s, even as the album remains firmly in the alt-country camp that band helped establish. Guest Brian Henneman, of the Bottle Rockets, added strong guitar work that’s key to the album’s overall impact.

But by the time Wilco had returned to the studio Henneman had been replaced by multi-instrumentalist Jay Bennett, and the two-CD album that resulted, Being There (1996), moved Wilco further from alt-country without leaving the genre altogether. “Misunderstood” includes some of the sonic experimentation that would increasingly be part of Wilco’s approach, and the 19 songs, all by Tweedy, show his growing confidence as a songwriter. “Outtasite (Outta Mind)” has a hint of 1970s Rolling Stones, and “Red-Eyed and Blue” echoes the Beatles -- but from these and other sources Tweedy and the band carve out a style all their own.

Although Bennett played guitar, it was his contributions on keyboards that helped move Wilco further from Uncle Tupelo. Johnston’s mandolin, violin, and other strings underline Wilco’s alt-country leanings in tunes such as “Forget the Flowers,” but the keys in “Red-Eyed and Blue” and the solid-rocking “I Got You (At the End of the Century)” opened up other possibilities. 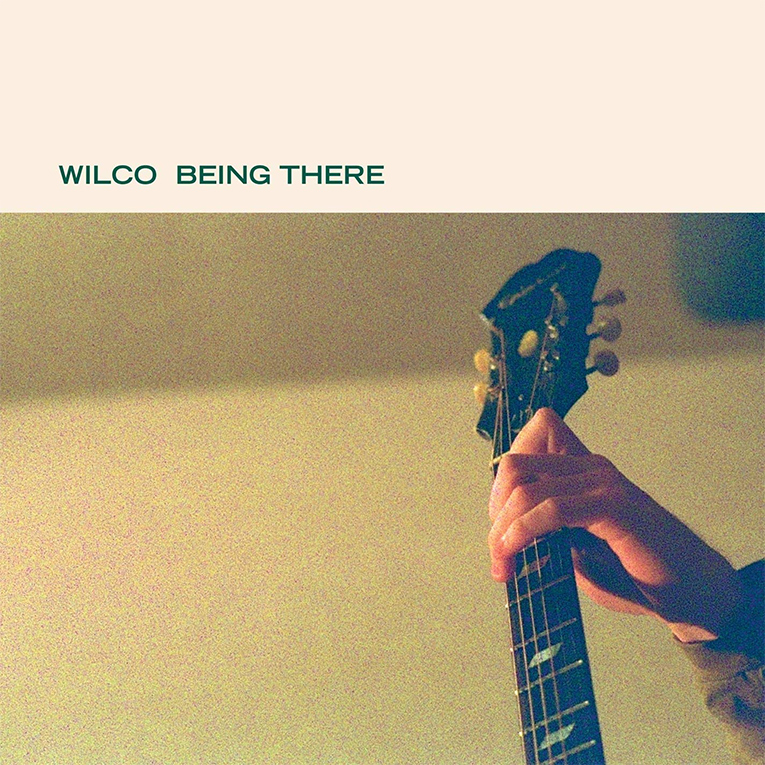 “Sunken Treasure,” which begins disc 2, was the clearest indication that, as a composer, Tweedy was breaking from his past and moving into something entirely new. The song begins with softly strummed acoustic guitar and lightly played piano; Tweedy sings plaintively, describing images of suburbia, then seems to realize that “I’m so out of tune with you.” The verses evoke a persona both separate from and plugged in to things, struggling for meaning and hope. Still, Tweedy closes with:

Although Being There ends with “Dreamer in My Dreams,” a country-rockabilly rave-up that’s still true to Wilco’s roots, Tweedy was clearly interested in coloring outside alt-country lines. By the time Wilco entered Willie Nelson’s Pedernales Recording Studio, near Austin, Texas, to record its third album, Johnston had left to join the Gourds. Summerteeth was a more studio-driven record than its predecessors, and Tweedy worked closely with Jay Bennett to bring to life his vision of the music.

In fact, the two became so enamored of the process of recording and production that Stirratt and Coomer were often left out of the album’s creation. “There wasn’t really a band, just two guys losing their minds in the studio,” Coomer told Greg Kot in Kot’s book Wilco: Learning How to Die (2004). Most of the songs on Summerteeth are credited to the entire band, but Tweedy and Bennett are clearly the guiding forces. Whatever difficulties there were in creating the album, it’s remarkably cohesive.

The difference in the sound of Summerteeth and its predecessors is apparent in the very first track, “Can’t Stand It,” which begins with the sound of an electric guitar accompanied by orchestral bells and Mellotron -- alt-county is a distant memory. It’s hard to pin down specific influences for this song, especially as it shifts into a funky groove courtesy Bennett’s Wurlitzer piano line. The Mellotron sounds vaguely late-’60s, but the melody and atmosphere are more current. 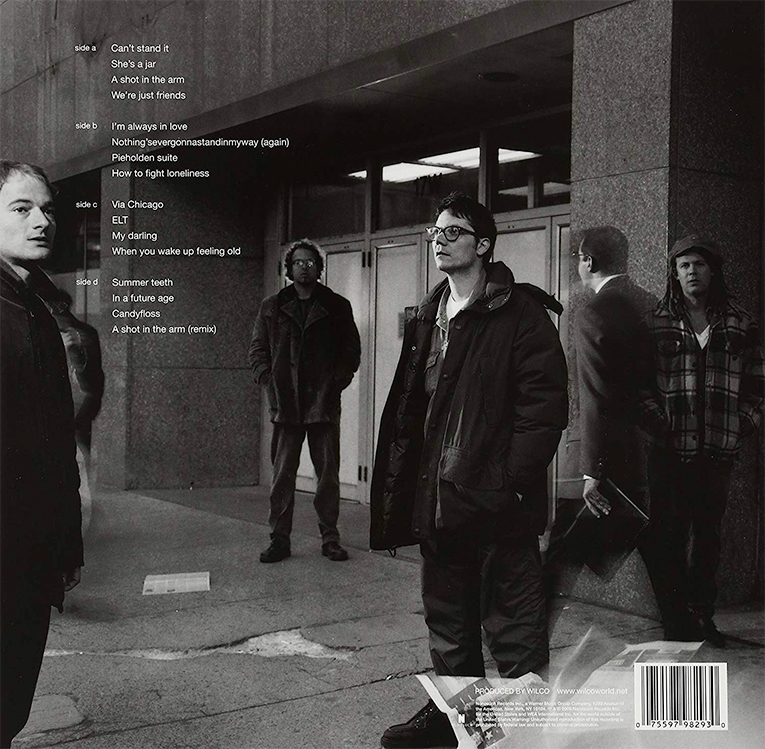 Kot writes that in these years Tweedy was reading a lot while on tour, and with Summerteeth he became more attentive to the lyrics in his songs. He was also feeling emotionally drained by the pressures of touring, which kept him away from his family. “Can’t Stand It” is about the tenuous nature of relationships, but also about the loss of spiritual direction. “Our prayers will never be answered again,” Tweedy sings; “No love’s as random / As God’s love.” The subject is weighty, but the song is melodic and danceable.

Bennett’s organ playing gives “She’s a Jar” a funereal tone, and the surreal lyrics describe the difficulties of a relationship. The first verse ends with “She begs me not to miss her”; the closing verse is the same, but ends with “She begs me not to hit her.” As Tweedy describes the increasing tensions on a couple, in that closing line I don’t think he’s remembering an event so much as imagining the very worst that could happen to a relationship because of distance, financial difficulties, and other pressures.

In short, with Summerteeth, Tweedy’s power as a lyricist came into focus. He became poetic without being pretentious, able to paint a vivid scene in just a few words. “The ashtray says / you were up all night,” he sings in “A Shot in the Arm” -- “When you went to bed / With your darkest mind / Your pillow wept.” Bennett plays a beautiful piano arpeggio through the song, and adds synth strings as it gains momentum. He and Tweedy bring in other electronic effects that reflect the words’ emotional complexity, especially the final, repeated line: “What you once were isn’t what / You want to be anymore.”

Tweedy’s growing confidence as a lyricist firmly established his identity as a songwriter. “We’re Just Friends,” clearly an homage to John Lennon, is the only song on Summerteeth with an obvious link to another musician, though the harmony vocals of “Nothing’severgonnastandinmyway(again)” suggest the Beatles. The latter song has a classic AM-radio accessibility, but the dissonant chords in the verses and the eccentric keyboards near the end pull it in unexpected directions that mirror the lyrics’ ambivalence.

Tweedy was 30 and 31 when Wilco recorded Summerteeth, and it’s easy to hear in it the sounds of records he and Bennett, four years older, had heard and absorbed over the years. The first section of “Pieholden Suite” sounds a bit like the Band with some Beach Boys vocal harmonies thrown in, and the second section, with its opulent Mellotron passage, is reminiscent of Procol Harum’s first album, released in 1967, the year of Tweedy’s birth. “My Darling” sounds like something the Beatles and the Band might have collaborated on, and “When You Wake Up Feeling Old” has the infectious pull of a great pop single of the mid-’60s that I can imagine the Lovin’ Spoonful singing.

“Via Chicago” comes as close to alt-country as any song on Summerteeth, but soon fractures that notion with distorted guitars, feedback, and keyboard washes. “Summer Teeth” is full of pastoral beauty and twangy guitars, and “In a Future Age” brings the album to a contemplative close that wraps together the emotional depth and spiritual intensity of the 13 songs preceding it. “Let’s turn our prayers / To outrageous dares,” Tweedy sings. Following a long silence, two hidden bonus tracks follow on CD or LP, but the album’s 14 “official” tracks are the main event.

Throughout Summerteeth I hear the sounds of late-’60s psychedelic rock, garage rock, prog rock, the pastoral songs of Van Morrison, and more. Folk-music influences also made their way onto Summerteeth -- the year before, Wilco had collaborated with Billy Bragg on Mermaid Avenue, the first of two volumes of that title: lyrics by Woody Guthrie that Guthrie had never set to music, now with music newly composed by Bragg and Wilco. But Summerteeth never merely repeats the sounds that inspired its creators. Instead, Wilco pulls together those disparate elements and more to become more fully itself.

Executives at Wilco’s label, Warner Bros., had reservations about Summerteeth’s appeal and asked them to remix “Can’t Stand It” to make it more attractive to radio stations. The remix appears on the album -- it doesn’t sound like a compromise, and sets the tone for the album. I don’t hear why Warner had hesitations about the record -- even in its boldest moments, it’s accessible and melodic.

By late 2000, when Wilco went into the studio to record its next album, Coomer had left, to be replaced by drummer Glenn Kotche. That album, Yankee Hotel Foxtrot (2002), became a cause célèbre when Warner Bros. dropped the band because they thought the album too unusual and experimental. Wilco made it available as a free download and signed with Nonesuch, a Warner subsidiary. 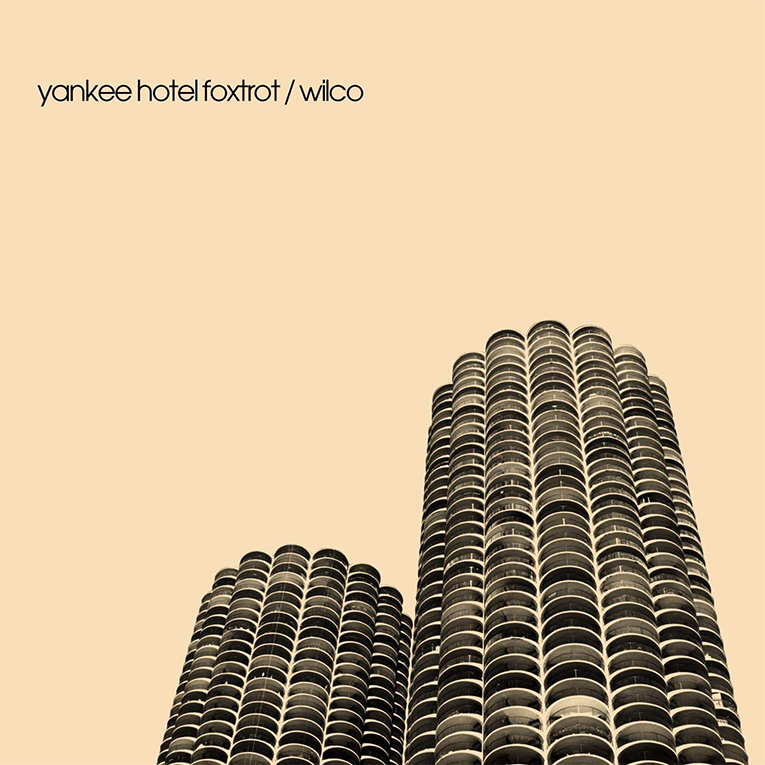 Every time I play Yankee Hotel Foxtrot I find things to like, but still it seems fussed-over, and lacks the feeling of joy in making music that suffuses Summerteeth. Between Tweedy and Bennett tensions were growing, exacerbated by their own problems; director Sam Jones’s I Am Trying to Break Your Heart: A Film About Wilco (2002) documents the disintegration of their friendship. Bennett was fired, leaving Tweedy to be the guitarist for the next album, A Ghost Is Born (2004), on which Wilco continued to defy expectations.

Keyboardist Mikael Jorgensen joined Wilco during the recording of A Ghost Is Born, and guitarist Nels Cline and multi-instrumentalist Pat Sansone were aboard for the tour in support of the album. The band’s lineup has remained unchanged since then. Kicking Television: Live in Chicago shows Wilco in fine, fierce form. Jorgensen, Sansone, and Cline have solidified the group’s instrumental chops, and the songs, culled mostly from Summerteeth, Yankee Hotel Foxtrot, and A Ghost Is Born, are performed with conviction and freshness.

Sky Blue Sky lets Cline be a guitar hero, but his solos are in the service of memorable songs that helped establish what a solid unit Wilco had become. 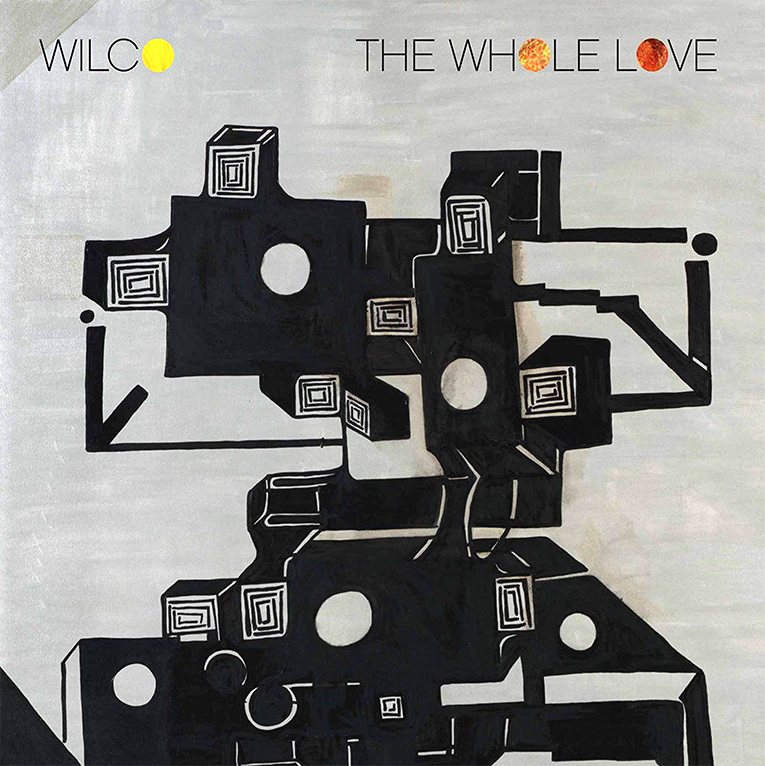 To my ears, Wilco’s second masterpiece, after Summerteeth, is The Whole Love. As on the earlier album, the songs are full of great melodies, pleasing hooks, and thoughtful lyrics. The band is in top form -- the playing is sterling throughout. And the four tracks of the bonus CD included with the Deluxe Edition comprise that rare thing: additional music that actually increases one’s enjoyment of the official release.

In 2009, Nonesuch reissued Summerteeth on two LPs. Coomer’s kick drum has more punch on vinyl, and his snare has a sharper edge. Stirratt’s bass is cleaner and more focused than on CD, and the importance of his and Coomer’s contributions to the music, regardless of how they felt about their exclusion from the recording process, is easier to appreciate. Pallas in Germany pressed the 150gm LPs, which are very quiet. The gatefold jacket is of heavy cardboard with tipped-on artwork. At about $25, this edition of this great album is a steal.