Jimi Hendrix turning 80. It’s unfathomable, of course. Would he be dipping into hip-hop? Playing his hits in casinos? To quote one of his later compositions: Who knows?

Those who die young are spared our intense gaze as they make the wrong turns and ill-advised choices most of us stumble over as we move through middle age and into our senior years. Better to leave Hendrix forever 27—with his sly smile, exhilarating charisma, and blazing guitar innovation intact. 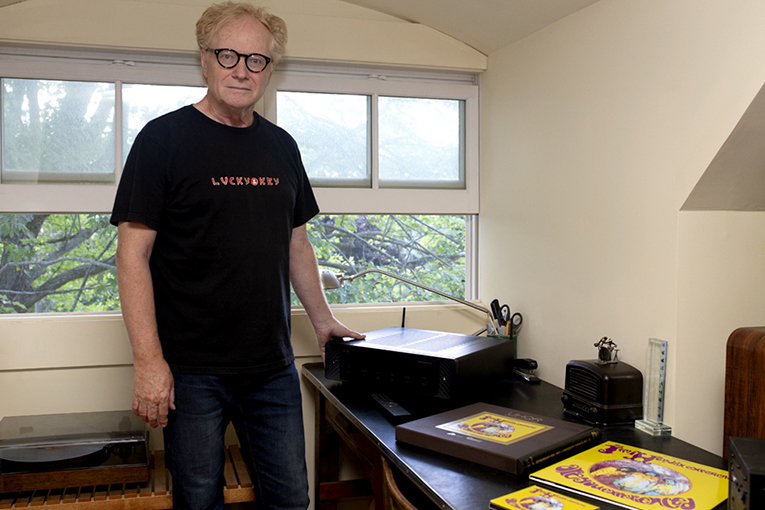 It has been 52 years—as of September 18—since the Seattle-born guitarist left the planet. Just three years earlier, he had exploded out of our speakers with his debut album, Are You Experienced.

Even if you’re old enough to remember those heady times—the 1967 Summer of Love, the Monterey Pop Festival, the release of Sgt. Pepper’s Lonely Hearts Club Band, and all the rest—I’ll wager some of the initial impact of that first blast of Hendrix has been diluted. The passage of time is one thing, but we now also filter Are You Experienced through the hours of below-par Hendrix that were hauled out of the vault after his death and marketed as music worthy for commercial release. 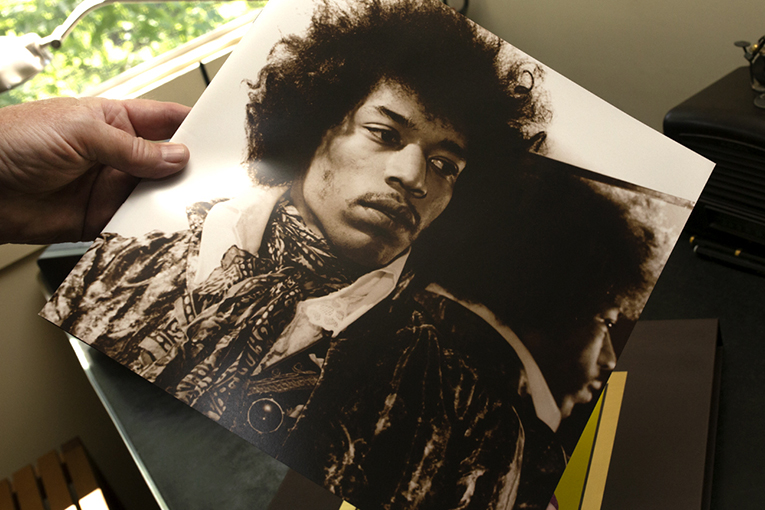 Years before Rolling Stone declared singer Jim Morrison “hot, sexy, and dead,” warring forces had been milking Hendrix’s recordings for all they were worth, blunting the impact of his debut. Before Hendrix’s adopted stepsister Janie won control of the estate in 2004, things got so grim that one waggish Rolling Stone writer opened his review of one of the posthumous releases with the onomatopoetic couplet “scrape, scrape”—illustrating how deep the record companies had dug to find unheard material.

Are You Experienced was unlike any of the later releases like War Heroes, Crash Landing, and Midnight Lightning; every note and sonic gesture had been curated by Hendrix, producer Chas Chandler, and principal engineer Eddie Kramer. Setting aside Hendrix’s innovative guitar techniques and the intimacy of his unschooled singing, it’s the bespoke quality of the recording that renders Are You Experienced timeless. And, considering Hendrix had only been in recording studios a handful of times before, in the service of R&B artists like The Icemen and Billy Lamont, the album also stands as a peerless work of audio art. 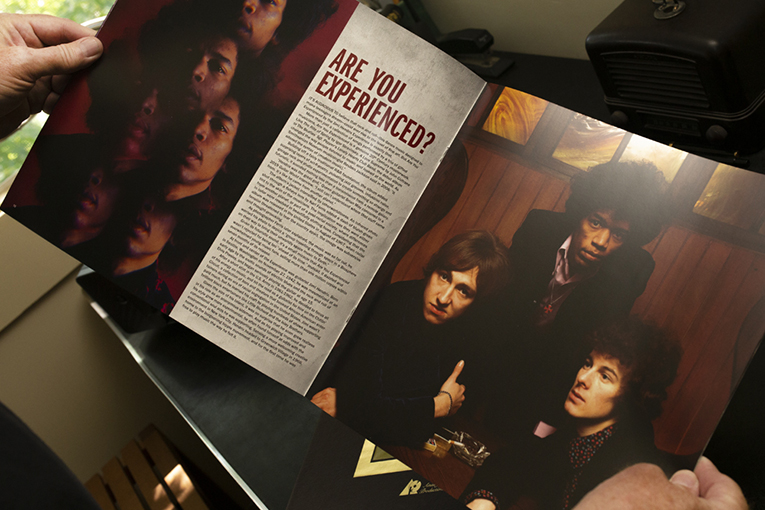 How Hendrix conceived of its intricate architecture remains a mystery. While Kramer had showed the guitarist how to wring the most from a four-track recording, the slamming funk of “Foxey Lady,” the wistful regret of “The Wind Cries Mary,” and the sci-fi mysticism of “Third Stone from the Sun” are pure Hendrix.

The recording process has been well documented, particularly on the DVD that accompanied the latest CD reissue of Are You Experienced (Experience Hendrix / Sony Music 88697 62162), which was released in 2010. The trio began recording on October 23, 1966—just 30 days after Hendrix had arrived in the UK—at De Lane Lea Studios, with Dave Siddle working the board. Immediately, Hendrix set himself apart from his peers, insisting that he play through the twin Marshall stacks he used for live performances. While Chandler occasionally convinced him to turn the volume down—primarily for the band’s first single, “Hey Joe,” but also for the ballad “May This Be Love”—the massive sound, and the way Hendrix sculpted it, is one of the album’s signatures.

It’s essential that your listening equipment has the same kind of clout if you want to hear Are You Experienced the way Hendrix intended. 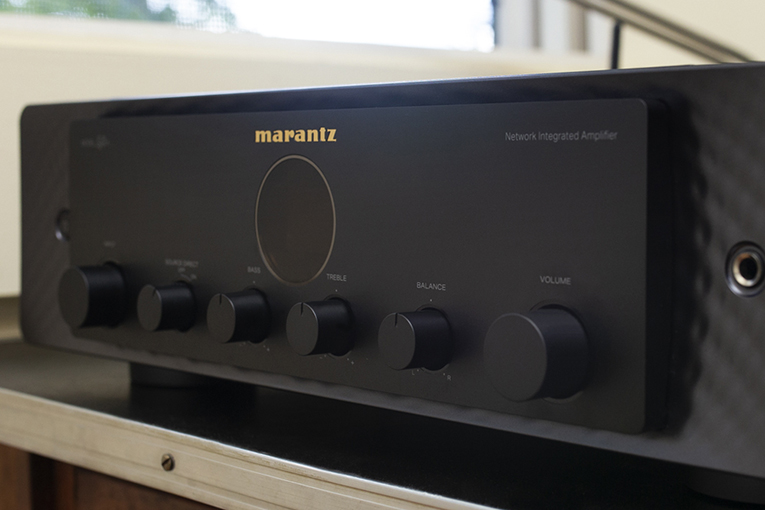 Rated at 70Wpc (into 8 ohms) and looking—in its black finish—like the kind of integrated amplifier Darth Vader might choose for his lair, the Marantz Model 40n ($2499, all prices in USD) seemed like an ideal match. It marries old-school features like tone and balance controls and a 1/4″ headphone output with Apple AirPlay 2 and Bluetooth connectivity, and the ability to stream to multiple rooms using the HEOS platform. HEOS, a product of Denon, Marantz’s sister company, has a range of streaming services built in, including Spotify, Pandora, and Tidal. Roon connectivity is conspicuously absent, so I couldn’t stream Are You Experienced from my library. 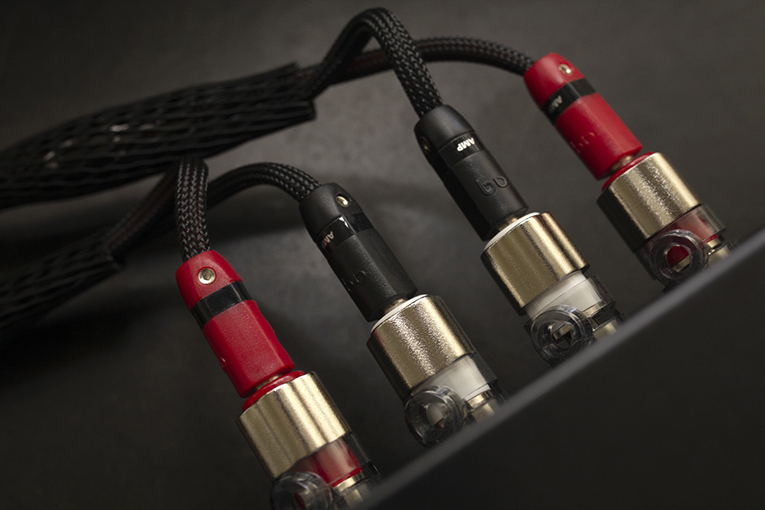 Aside from the chunky speaker terminals, the back panel features two Wi-Fi antennas, coaxial (RCA) and optical (TosLink) S/PDIF inputs, an ethernet port, and three pairs of line-level analog (RCA) inputs. There’s also an HDMI ARC input, as well as a USB-A port to accommodate a storage device, a single RCA sub out, and a remote-control bus terminal.

Absent, like Roon support, is a dedicated USB input for streaming from a computer.

Fortunately, the Model 40n also has a moving-magnet phono preamplifier, and I had just acquired Analogue Productions’ new UHQR vinyl version of Are You Experienced (Experience Hendrix / Sony Music 19075812421). I connected my Fluance RT83 turntable to the Model 40n via some AudioQuest Wildcat RCA cables and settled in to be transported back to 1967. 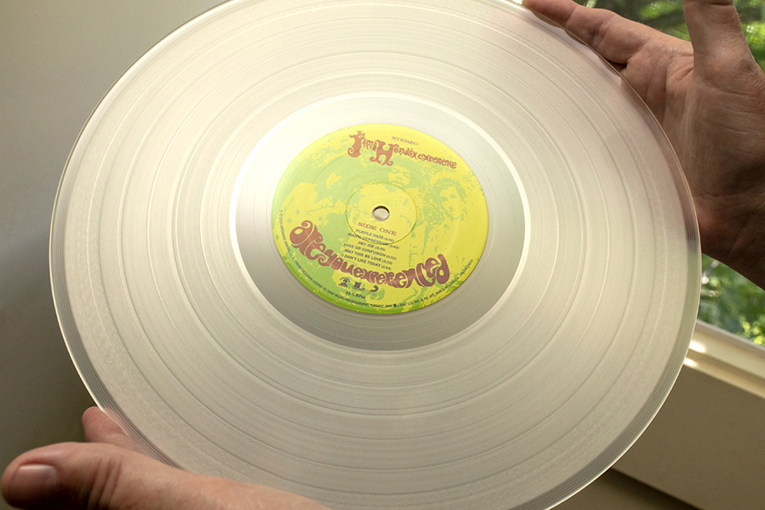 Because of the mixed sources of the material, I decided to begin with the third track on side 1, “Hey Joe.” Hendrix’s initial sessions at De Lane Lea proved to be less than satisfactory. Bassist Noel Redding and drummer Mitch Mitchell had been recruited by Chandler to form Hendrix’s band, and were still familiarizing themselves with the guitarist and his material. Siddle was struggling to work with the volume of the Marshall amps, and the bank located above the studio wasn’t too happy about all the racket coming from below. The Experience returned to De Lane Lea on November 2 to record “Stone Free,” but only that song and “Hey Joe” were fully products of that studio. On December 13, the band moved into CBS Studios, where they recorded rhythm tracks for “Foxey Lady,” “Love or Confusion,” “Can You See Me,” and “Third Stone from the Sun” with engineer Mike Ross, but a financial dispute soon led them to Olympic Studios and Kramer. Beginning February 3, 1967, Kramer and Hendrix reworked all of Are You Experienced with the exception of “Hey Joe,” which had been released as a single just before Christmas.

I know this music so thoroughly that I realized I had to take a radical approach and really push my Q Acoustics 3050i floorstanding speakers hard with the Marantz in an attempt to hear everything with fresh ears. Both the Model 40n and the speakers were up to the task, even if my wife—two floors below my office—behaved like a British banker and suggested I listen at a more restrained level.

I was having none of it. 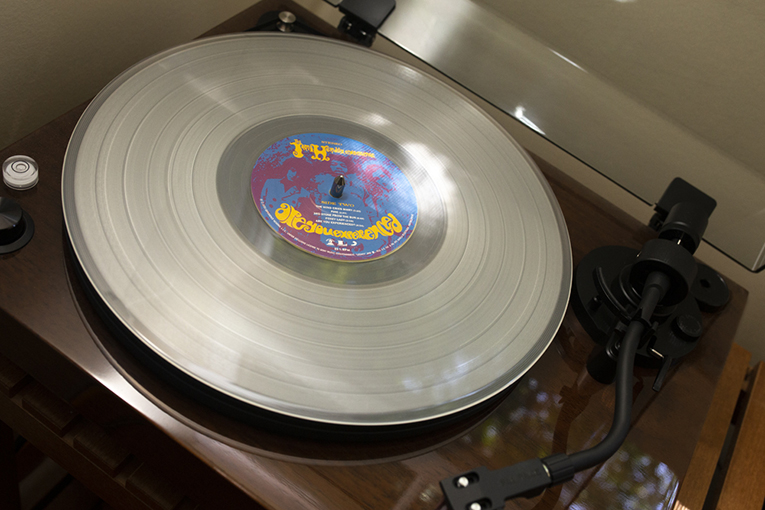 Even though the soundstage of “Hey Joe” doesn’t sound as revolutionary as the rest of Are You Experienced, the UHQR LP—mastered by Bernie Grundman—revealed elements I’d never previously heard. Especially clear were Hendrix’s multitracked guitars; each layer was apparent, and yet they meshed together as one.

In addition to immediately striking up a simpatico relationship with Hendrix, Kramer’s major contribution to changing the sound of Are You Experienced was to record the rhythm tracks in stereo, then mix those four tracks to two, creating a thicker bottom end, in addition to locking in a solid bed for Hendrix to improvise on. When it came to recording the guitarist’s lead tracks, Kramer employed both close and distant miking techniques. Sonically arresting, this also enabled him to capture the full breadth of Hendrix’s unique palette of colors. 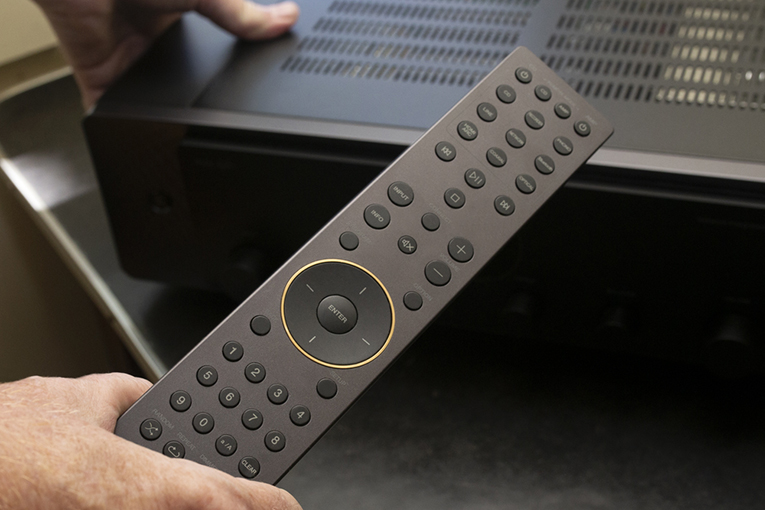 Jumping back to the top of Are You Experienced, the monumental anthem “Purple Haze” made the work of Hendrix and Kramer palpable. While the soundstage was primitive by today’s standards (Hendrix’s vocals are confined to the right channel, for example), the primary guitar sounded incredibly percussive and Mitchell’s drums popped with impressive clarity.

I needed a sense of how much of what I was hearing could be credited to the Marantz and how much praise Grundman deserved, so I turned again to the 2010 CD. 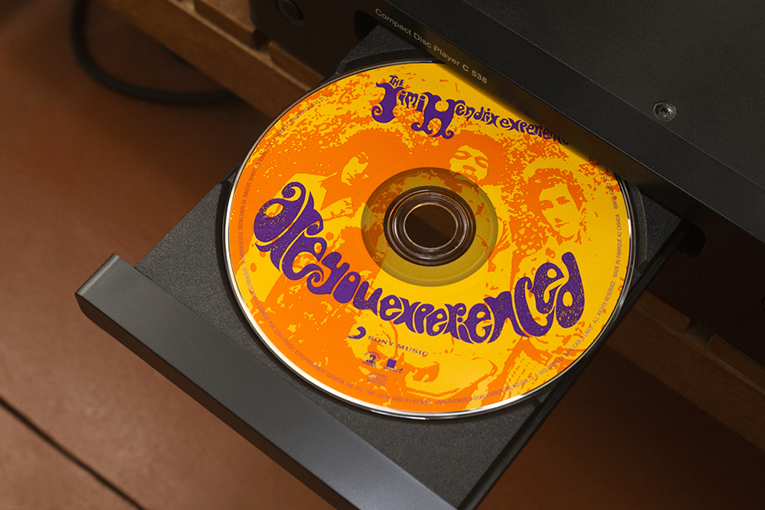 “Purple Haze” roared again, sounding great, but some of the detail was missing. The amp was holding everything together with enormous clarity, but it just didn’t sound as if the same amount of information was being transmitted.

I went back to the UHQR LP, which, despite its $200 price tag, now seemed like a bargain.

“Manic Depression” is one of the songs that seem to defy the limitations of a four-track studio. It’s a busy arrangement with many moving parts, but Hendrix’s vocals jumped out of the mix, his lead guitar sounded rich and deeply textured, and I heard a “ting” from Mitchell’s cymbals that has never previously caught my ear. 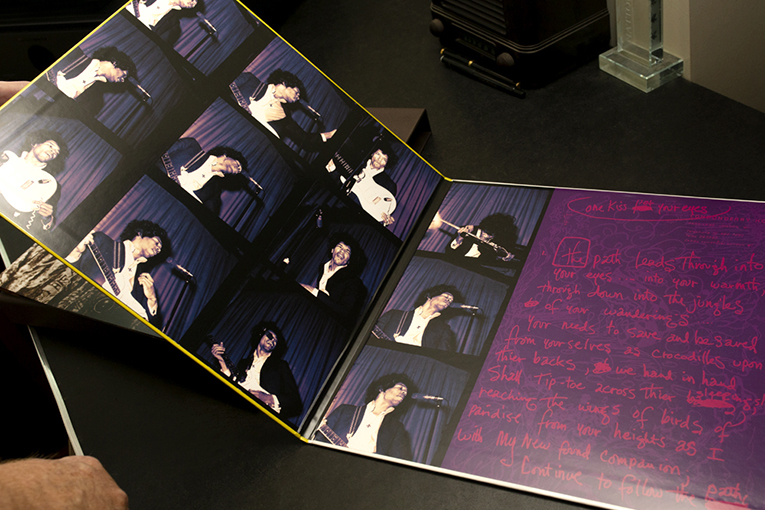 “Love or Confusion” was equally multidimensional, with Hendrix’s long line of feedback throbbing and the sound of his pick sliding down his low E string striking my ear like fabric being torn apart.

The shortcomings of the four-track studio are evident in the lack of bass throughout most of Are You Experienced—an issue Kramer addressed in interviews about the making of the album. At the time, Mitchell favored very tight drumheads and, as a recently converted guitarist, Redding was a lithe bassist who favored melodic lines. Although the midrange dominates, Kramer still managed to create a rich weave of instruments in that area. On “May This Be Love,” the weakness in the bass becomes a strength, with the occasional deeper note standing out in sharp contrast. 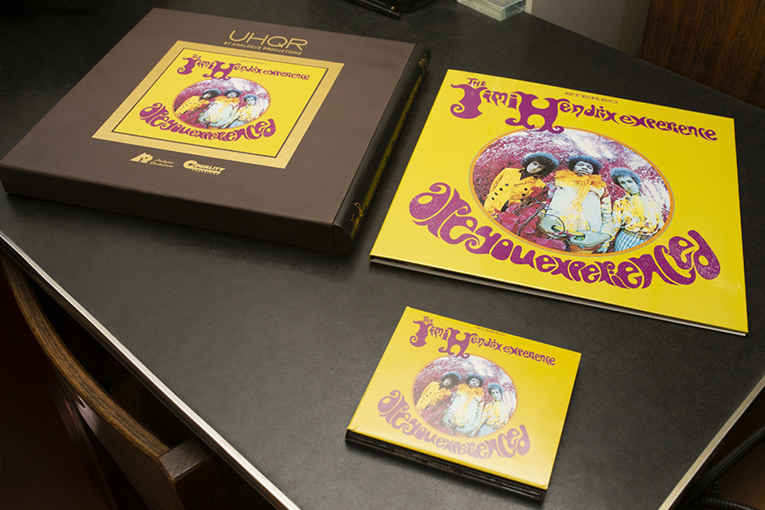 While “Purple Haze,” “Hey Joe,” “Fire,” and “Foxey Lady” are the best-known songs from Are You Experienced, it’s on “May This Be Love,” the title song, and “Third Stone from the Sun” where Hendrix really showed how he could paint with his guitar. Those pieces are also where Kramer demonstrated how Hendrix’s vision of an electric watercolor painting could be realized in the studio. All three sounded better than I’ve ever heard them, and the Marantz/UHQR combination allowed small details—like Redding’s rugged, four-note ostinato on “Third Stone from the Sun”—to shine through.

Fifty-five years have erased the innocence and optimism of the Summer of Love, but Hendrix’s advances on electric guitar have sustained like eternal loops of feedback.