I have a friend in New York City who shares my audiophile leanings and many of my musical tastes, and we frequently exchange thoughts on recordings I review here. However, as an apartment dweller, my friend keeps his amplifier turned down low, limiting how deeply he can delve into them. He relies on headphones for most of his listening.

Whether you share walls with others, have young children who sleep lightly, or do a lot of your listening in some type of open space, you likely spend considerable time with the “cans” on.

For some, that common recording-studio term for headphones isn’t just handy slang; it’s a pejorative term. My wife, for example, says using headphones makes her feel like she’s wearing Campbell’s soup cans strapped to her head. There’s an Andy Warhol joke in there, somewhere.

Even great-sounding headphones can make it seem like you’re wearing an oversized hat. They can weigh too much, make your ears hot, or clamp on so tightly that you feel claustrophobic. Yet, treating ’phones as a last resort in certain listening situations, or even eschewing them entirely, likely means that you don’t get the full measure of some recordings. 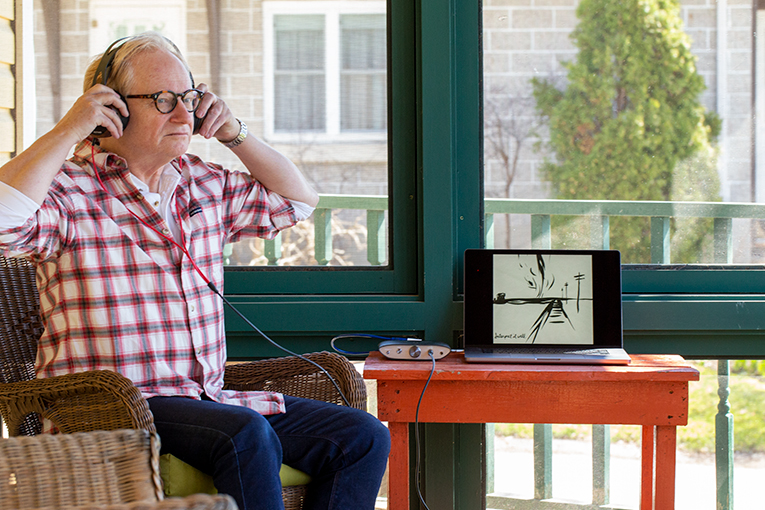 An ideal case in point is Interpret It Well (Pyroclastic Records PR19), from drummer/vibraphonist Ches Smith, which features guitarist Bill Frisell, pianist Craig Taborn, and violist Mat Maneri. A highly “gestural” recording that employs a slippery tonal palette, placing as much emphasis on the notes between the notes as on the tonal centers themselves, Interpret It Well really pays dividends on close listening.

To immerse myself in the recording, I turned to a set of S4R 1.1 headphones from Ollo Audio. Founded by engineer/musician Rok Gulič, this relatively small Slovenian manufacturer prides itself on creating neutral-sounding headphones for recording and mixing.

At $399 (all prices in USD), the first iteration of the company’s S4Rs seem like a bargain even before the music starts pumping. The product’s packaging has the same brand-forward, bespoke look as anything from NAD or Apple, yet it’s clearly reflective of the company’s commitment to environmental sensitivity. A leather-like carrying pouch is rolled inside an origami-style cardboard container, and the headphones are nestled between layers of protective padding made from some combination of paper products. A handwritten, numbered certificate of authenticity, signed by Gulič, completes the custom-made feel. 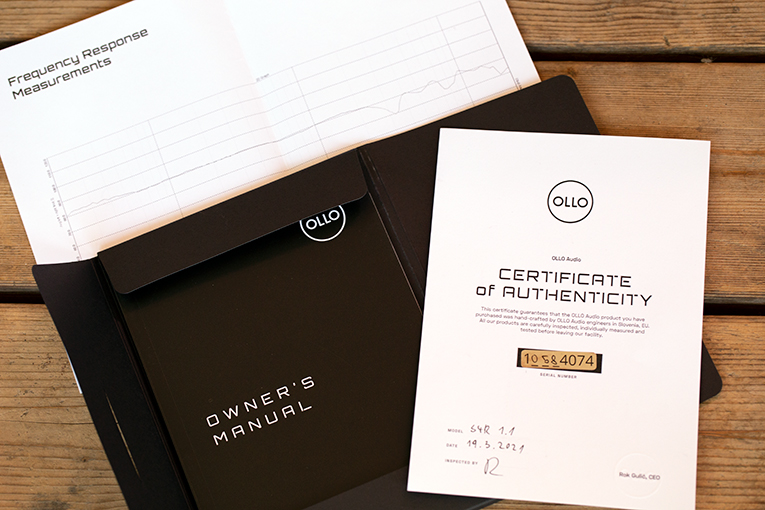 The innovative design aesthetic of the packaging carries through to the headphones themselves. Weighing just under one pound, the set’s outer rings are made from American walnut and the thick earpads are a combination of acoustic foam, nautical-grade artificial leather, and velour. The faux-leather floating headband expands smoothly as you slide the headphones over your ears. A utilitarian, detachable 6.5′ Y cable terminating in a 3.5mm jack is included, along with a 6.3mm adapter.

I’ll confess that I’m not a fan of large headphones. I bought my first pair in the 1970s, and I still recall the headaches they gave me; they seem to have erased the manufacturer’s name from my memory. I’ve gone through numerous sets from Bose, Sony, and others over the years before settling on the Sony MDR-7506 headphones that I keep upstairs, and the HiFiMan HE400i headphones that I use if I’m listening downstairs. I could—and sometimes do—wear the Sonys all day and barely know they’re there. 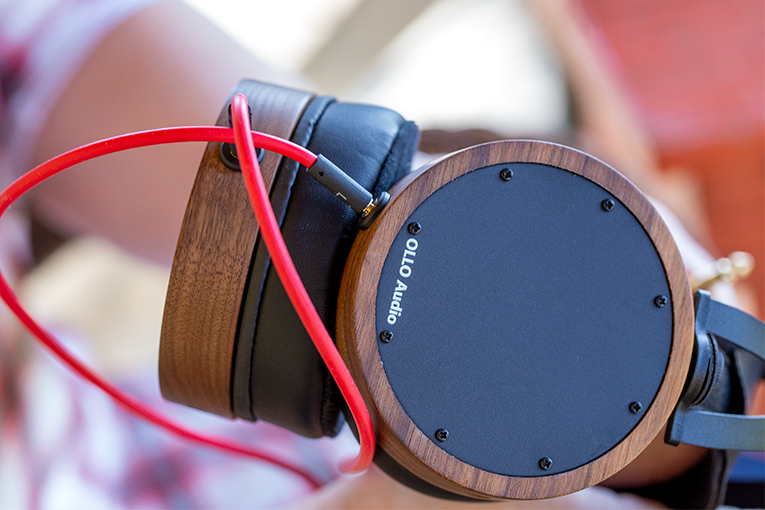 Ollo Audio’s S4Rs are a closed-back design—unlike the company’s reference S4X headphones, which have open backs—with dynamic drivers featuring neodymium magnets. The impedance is said to be 32 ohms and the sensitivity is rated at 111dB at 1kHz for a 1Vrms input (30 ohms).

I cued up a 16-bit/44.1kHz WAV download of Interpret It Well—streaming it from my MacBook Pro through an iFi Audio Zen DAC V2 digital-to-analog converter and headphone amp—and set out to explore what I hadn’t been able to experience via loudspeakers. Through my reference NAD D 3045 integrated amplifier and Q Acoustics 3050i floorstanding speakers, I’ve heard a mosquito-like buzz on the far right of the soundstage on the opening track, “Trapped.” While it was more of a “presence” than a definable instrument when heard through my speakers, through the Ollo Audios it was immediately apparent that it was Maneri pulling a long, low tone from his viola. 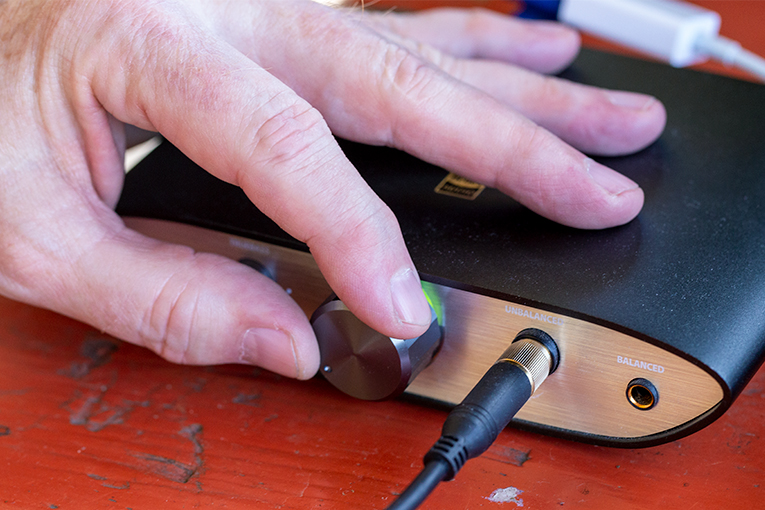 In addition to Maneri’s viola, the S4Rs instantly revealed tremendous depth and breadth in the recording. There was palpable body to the quartet’s music, and the bell-like tones of Smith’s vibes were rendered with rich texture. True to Ollo Audio’s claims, the headphones presented an unvarnished, neutral sound, which really allowed me to appreciate the work done by co-engineers Ron Saint Germain and Ryan Streber. Saint Germain, who also mixed the album, has been behind the board for some of my favorite recordings, so it was a joy to see his name among the credits.

Although most of my treasured albums of his have been raucous affairs that crave high volume—recordings like Living Colour’s Stain and Ronald Shannon Jackson’s Barbecue Dog—Saint Germain is also a master at capturing minimalist performances like Interpret It Well, and the man knows how to wring the best sound from guitar amplifiers.

Frisell’s participation on Interpret It Well falls into a nascent category I’ve created: albums that likely wouldn’t exist were it not for COVID-19. While Smith, Taborn, and Maneri have worked as a trio since 2016, they’d only played once with the eminent guitar improviser before the pandemic shut down the world and trapped touring musicians at home. Like many others whose lockdown projects have been emerging, Smith took advantage of the situation—in this case, to get his high-profile friend into the studio. As evidenced by the results, it’s hard to imagine Smith’s band continuing without Frisell; the four sound like they were made to be together. 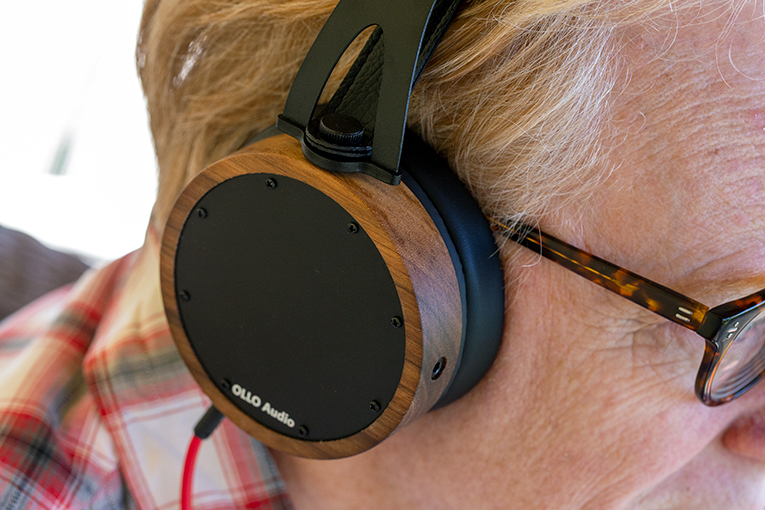 Like Maneri—whose late father, Joe, was a pioneering master of microtonal music—Frisell loves smeary, unexpected tones, but on electric guitar he has the added advantage of being able to manipulate his sound with volume control, digital delay, and pedal effects. On “Clear Major,” a three-part composition that veers from free playing to a jaunty middle section, and then back to free time, Frisell emits a series of wild squeals that form a counterpoint to the dense interplay between Taborn and Smith. On “Mixed Metaphor,” Frisell deploys his signature “high lonesome” sound, while on the dramatic “I Need More” he performs the kind of logic-defying solo that made him a hero of the burgeoning New York City improv scene of the ’80s.

Frisell’s emotive contributions notwithstanding, Interpret It Well is a ruminative masterpiece—ideal for the kind of internal absorption that only headphones can provide. Without a strong bass instrument, the quartet doesn’t produce the kind of low-frequency music that would give the S4Rs a thorough workout, but it did allow the headphones the opportunity to show their transparency. Elegant and affordable, the S4Rs let this complex music flow as it was intended. 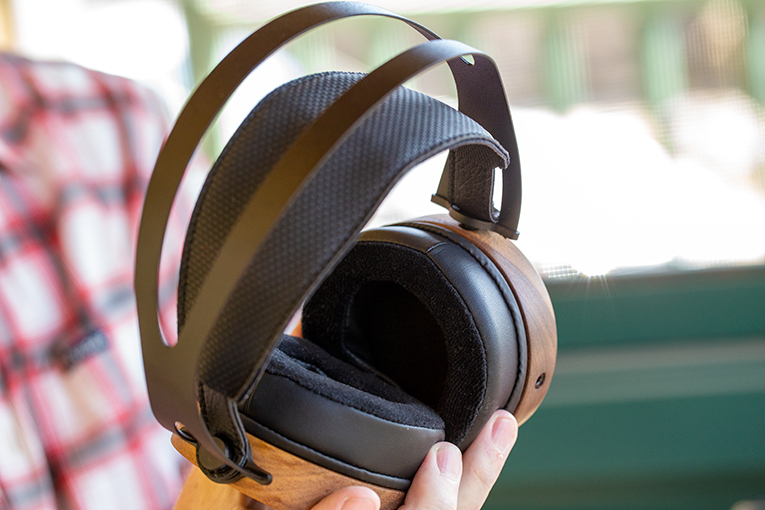 As I wrapped up my listening, who should appear in my office doorway but my wife? Fortuitous timing. “Here,” I said, “try these on.”

She donned the Ollo Audios, and while Smith’s recording wasn’t her thing—despite the contribution by Frisell, a favorite of hers—she determined that they felt nothing like soup cans. A ringing endorsement, if ever there was one.