A couple of months ago, 2021 was capped off for me by the arrival of NAD’s C 700 BluOS streaming amplifier, which I wrote about in the January edition of “Art+Tech.” As I always do, I turned to the manufacturer’s website to see where the C 700 sat in the company’s product line. I couldn’t help but linger over the description of the Masters M10 V2, the C 700’s grander sibling.

At $2749 (all prices in USD), the M10 V2 demands an additional $1250 from your budget, but it does deliver a continuous 100Wpc into 8 or 4 ohms (20Hz–20kHz, both channels driven, at less than 0.03% THD), while the C 700 provides a respectable 80/100Wpc. The M10 V2, which my colleague Vince Hanada will be reviewing in depth on SoundStage! Simplifi later this month, offers a larger, 7″ color screen with touch controls, while the C 700 is operated by a combination of its prominent volume knob and small front-panel buttons. The M10 V2 also includes Dirac Live, which can help you to correct for your listening room’s acoustic anomalies. Up to five listening profiles can be generated, uploaded, and saved to create a tailored experience if you have multiple listening positions. 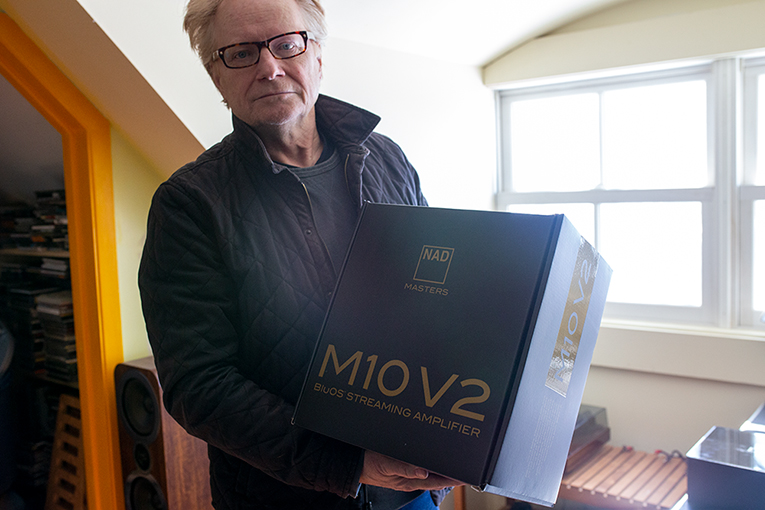 As luck would have it—supply-chain shortages playing a role, too—the M10 V2 landed on my desk on the same day that I obtained an advance download copy of The Lost Album from Ronnie Scott’s (24-bit/96kHz WAV, Resonance Records 2063), a previously unreleased Charles Mingus live recording from 1972. Sometimes, the combination of art and tech seems predestined.

Introduced last August, with industrial design by New Jersey’s DF-ID studio, the M10 V2 is a gorgeous, glossy black box, 8.5″W × 4″H × 10.25″D, with a Gorilla Glass top and front. Since the launch of its D 3020 hybrid digital amplifier about eight years ago, I’ve begun to think of NAD’s design aesthetic as being in the same league as Apple’s was, back when Jony Ive was responsible for the look of its devices.

Now, beyond aesthetics, NAD is also beginning to resemble Apple in the way it nudges customers toward adoption of the wireless experience—or toward the use of various dongles and workarounds.

You won’t find a headphone jack or a USB Type-B input for your computer. That said, the M10 V2 supports AirPlay 2 and Bluetooth aptX HD, is Roon Ready, and can be used with popular voice-control assistants. If you’re into the smart home, the amp can also be integrated into Control4, Crestron, Lutron, and other home-automation systems, allowing you to control music playback, along with home functions like lighting, shades, HVAC, and security. Streaming music can be controlled through the BluOS app, which includes dozens of natively integrated music streaming services and various internet radio stations. 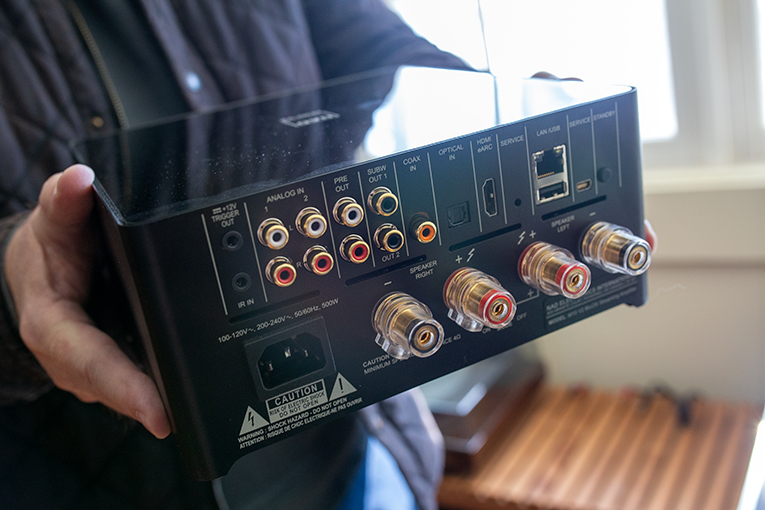 You won’t find a phono stage on board the M10 V2, either. What you will find on the back of the unit are RCA analog inputs, as well as optical (TosLink), coaxial (RCA), Ethernet, and HDMI eARC connectors for digital signals.

According to NAD, the M10 V2’s updated gain algorithms allow for higher output levels with inefficient speakers. Higher gain is also provided on the subwoofer output, which allows for a wider range of subwoofer/main-speaker combinations. Its 32-bit ESS Sabre DAC supports MQA files, as well as PCM digital audio up to a resolution of 24/192 from streaming services or whatever digital source component(s) you connect to it.

Seeking the best possible aural experience, I began by routing the Mingus 24/96 WAV files from my MacBook Pro through an iFi Audio Zen DAC V2 into a pair of the NAD’s analog inputs. 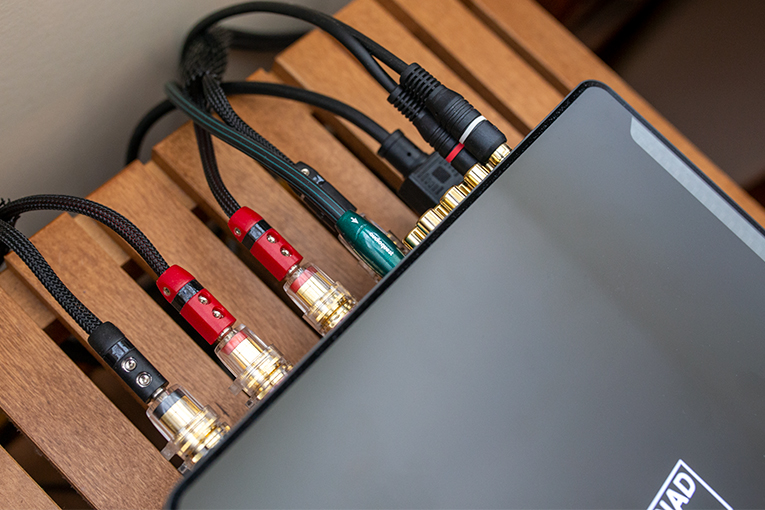 I suspect most of us have the same reaction when we learn of the discovery of yet another vintage live recording: I hope the sound doesn’t suck. The sources of 50-year-old live gems can be a mixed bag—ranging from a high school janitor’s private tape (Thelonious Monk’s Palo Alto) to extraneous material for an authorized major-label album (Lee Morgan’s The Complete Live at The Lighthouse).

The Lost Album from Ronnie Scott’s—which will be released on a three-LP set for Record Store Day, April 23, and then as a three-CD set and digital download a week later—is squarely in the latter category. Two nights of Mingus’s August 1972 stand at the venerable London nightclub were recorded by a mobile unit on eight-track tapes in anticipation of a planned live album for Columbia Records. But, before the album could be prepared for release, Columbia unexpectedly dropped Mingus, along with fellow jazz musicians Keith Jarrett, Bill Evans, and Ornette Coleman. The tapes from the Ronnie Scott’s engagement were returned to Mingus, who put them in storage.

At the time of the London gig, the irascible bassist/composer was living a career renaissance. He had hit rock bottom in 1966—broke, and evicted from his New York City apartment—and then struggled with various mental issues for the next few years. Mingus resumed his career at the turn of the decade, although the medications initially prescribed to him blunted his personality and led to some negative reviews of his live shows. 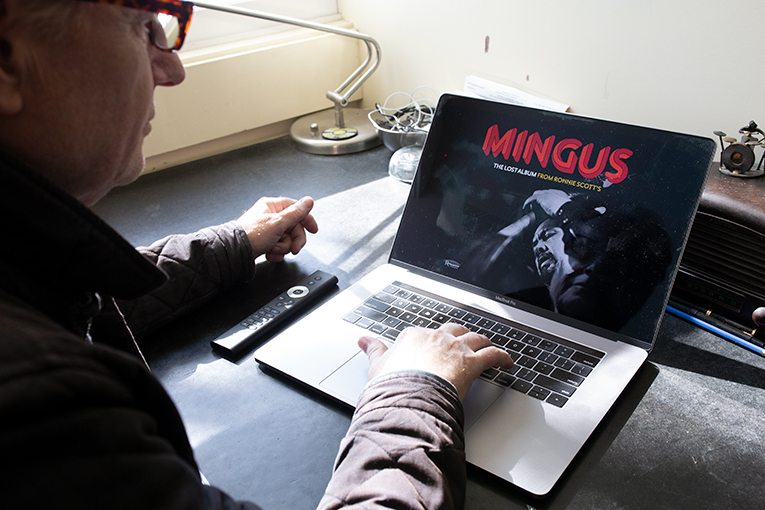 But, in 1971, things turned around for Mingus. He published his long-awaited autobiography, Beneath the Underdog, won a Guggenheim Fellowship for musical composition, and was elected to DownBeat’s Hall of Fame. He returned in triumph to the Newport Jazz Festival that year, toured Japan, and nine of his compositions were used by choreographer Alvin Ailey to develop a dance program for The Joffrey Ballet.

For the 1972 European tour that culminated in the London stand, Mingus fronted a sextet that was something of a work in progress. Although tenor saxophonist Bobby Jones and alto saxophonist Charles McPherson remained from his previous group, the other members had been replaced by pianist John Foster, drummer Roy Brooks, and the 19-year-old trumpet phenom Jon Faddis.

As McPherson states in the 37-page booklet that accompanies The Lost Album from Ronnie Scott’s, Mingus liked to call his music “organized chaos.” Although his compositions were as dense and complex as Duke Ellington’s, Mingus wanted his music to sound as unpredictable as his own personality. So, while his performances include some very precise horn blends and rhythmic turns, there are also long stretches where it sounds like the band might go fully off the rails. Not for nothing did Mingus refer to his group as a “jazz workshop.” If Mingus’s compositions were blueprints, he constantly gave his bandmates the freedom—or, rather, the command—to create spontaneously and interact with gusto. He liked explosive statements.

At Ronnie Scott’s in 1972, much of the fireworks came from Faddis. At 19, the trumpeter was still very much a Dizzy Gillespie acolyte. Like Gillespie in his prime, Faddis was a high-note soloist of unparalleled ability and energy. Those sustained, upper-register lines are not my personal favorites, but—to cite McPherson again—Mingus loved getting the sound of a typical big band from his small unit; Faddis was just the man for that. He wastes little time making his presence felt, engaging Mingus in a spirited duet on the opening “Orange Was the Color of Her Dress, Then Silk Blues.” On the Mingus standby, “Fables of Faubus,” Faddis unleashes another volcanic eruption, an ideal climax to a piece where the band members sound like they are playing along independently moving paths. 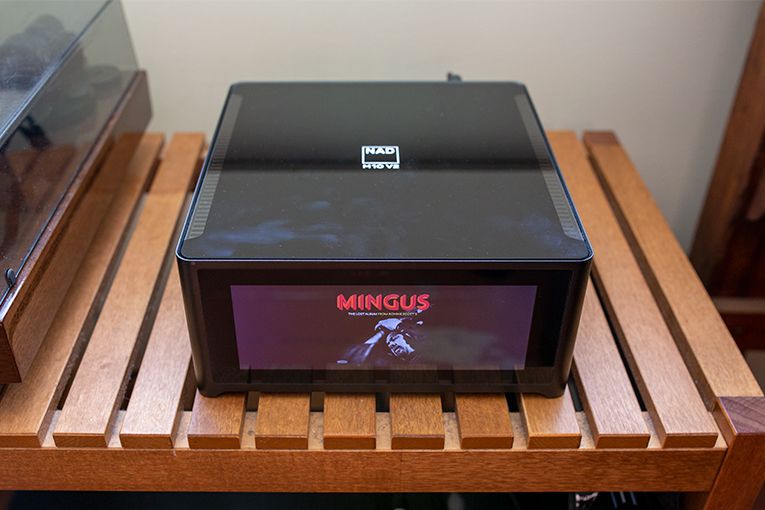 In addition to the pair of familiar compositions, Mingus also treated the London audience to three more obscure originals: “Mind-Readers’ Convention in Milano,” which was also known as “Number 29”; a blues called “Noddin’ Ya Head Blues,” which includes an effective vocal by Foster; and a ballad called “The Man Who Never Sleeps.” Foster sings again on a tribute to Louis Armstrong, and the band ends each “set” with raging versions of Charlie Parker’s “Ko Ko” and the Benny Goodman/Charlie Christian standard “Air Mail Special.” At least once on each of these performances you can hear Mingus exhorting his bandmates to dig in and blow. His own playing is highly textured and extraordinarily varied, and he sounds utterly indefatigable.

In all, the album includes nine performances—three that stretch close to or past the half-hour mark—and Mingus is constantly in front, steering with his bass. In that regard, The Lost Album from Ronnie Scott’s closely resembles the bassist’s extraordinary 1964 concert at the Monterey Jazz Festival, where his bass sounded as if it was the lead instrument.

Like novelist Norman Mailer, who was just one year younger, it’s impossible to separate Mingus’s art from his reality. His brawny bass always sounded as uncompromising and macho as Mailer’s prose. Both men always strove to be louder and stronger than anyone else, and both were well known to back up their art with their fists.

This recording—mixed from the original analog tapes by Bill Smith of United Recording and Resonance’s George Klabin and Fran Gala—has the heft and presence that Mingus would’ve liked. For a live recording of the era, the soundstage is very broad, and the six instruments sound quite distinct. The M10 V2 rendered everything with extreme clarity through my reference Q Acoustics 3050i floorstanding speakers, and the band continued to sound clear and well defined as I stepped up the volume. One of the benefits of having both the BluOS app on my iPhone and the NAD’s sleek infrared remote is the ability to make adjustments with whatever I had closer at hand.

It was equally effortless to switch between my wired connection, my Roon mobile app, and the AirPlay 2 function on my Apple Music desktop app. While there was no perceptible loss of clarity when switching from wired to wireless streaming, I thought I detected some loss of presence. 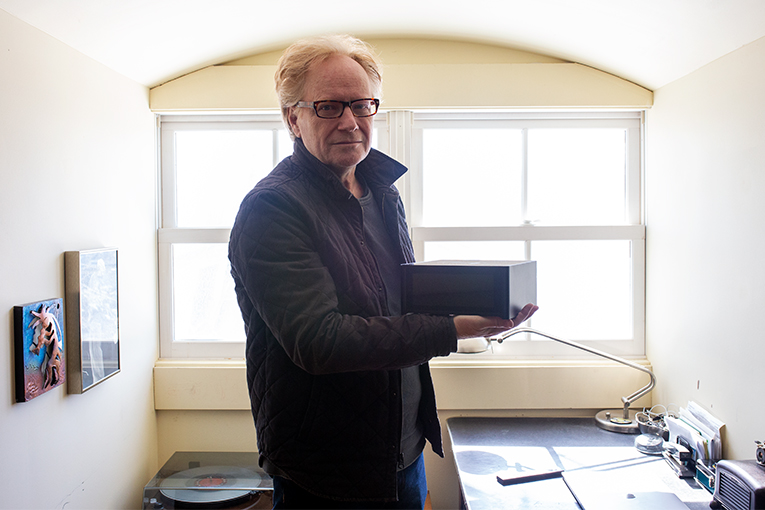 Given the flexibility of the M10 V2—the manufacturer simply says: “Just add speakers”—it would certainly be a powerful foundation for an immersive musical experience (and more, if you were take advantage of a full Internet-of-Things experience in your home). Does it warrant this level of investment? While it makes a beautiful addition to any array of hi-fi components, I can’t say that I would choose it over the C 700. Which is probably fine with NAD, because this kind of narrow-niche delineation is exactly what Apple has done successfully. Don’t want to splurge for a 16″ MacBook Pro? That’s fine; we have a MacBook Air you might like.

Like Apple, NAD has found a comfortable spot as a design-forward manufacturer that isn’t afraid to push the envelope and, by providing great sound experiences at relatively affordable prices, try to win over those who mourn the decline of wired headphones.