Brainwavz B200 earphones measurements can be found by clicking this link.

Reviewers should beware the influence of manufacturers’ marketing copy, but we’re human and fallible. So a press release promising that a new set of earphones is “tuned to produce a balanced and accurate sound signature, with little to no coloring in the sound” still piques my interest, even when I know manufacturers’ statements aren’t reliable indicators of their products’ performance. But the Brainwavz B200s ($199 USD) have a couple of things going for them that lend credence to the company’s claims.

First, they’re a dual balanced-armature design. A balanced-armature driver works sort of like a diving board suspended in a magnetic field, connected to a diaphragm that produces sound. The advantage of balanced armatures over the dynamic drivers found in most earphones is that they tend to deliver more detailed and spacious-sounding mids and treble. The disadvantages are that they exhibit huge impedance swings as the frequencies of the sounds they reproduce change, and that it’s difficult to reproduce the full range of sound accurately with a single balanced armature. That’s why each B200 earpiece has two of them: one for the bass, one for mids and treble. 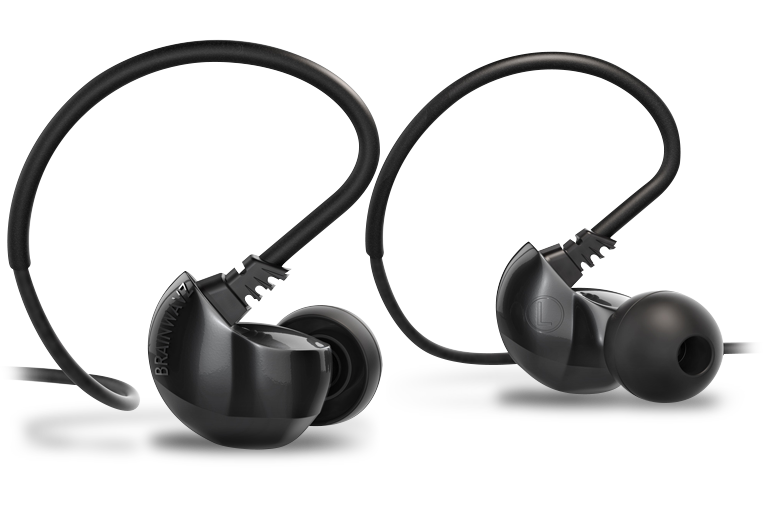 Second, the B200s’ cables are routed over the outer ear, which allows them to fit deeper, more securely, more consistently, and more comfortably (for me, at least) in the ear canals. Most of the best earphones use this design -- it provides more predictable performance and, typically, better isolation from external noises.

I’ve heard many Brainwavz earphones and headphones, and they’ve generally been pretty good. But to assume that the B200s are thus also pretty good would be to judge them based on their pedigree rather than on their own sound quality -- another common human foible. The only way to judge the B200s was by listening to them and measuring them.

The B200 offers a decent collection of extras. Most important are the eartips: six pairs of silicone tips in three sizes, plus a set of Comply T-100 foam tips. No airplane or 1/4” (6.2mm) adapters are included, but you do get a shirt clip and a Velcro tie to keep the cable neat, along with a zippered, semi-hardshell case.

Although the Brainwavz B200s come with silicone eartips in only three sizes, the largest fit me reasonably well. I got a little more bass and somewhat fuller sound when I applied very light pressure to the right earpiece, which means I’d probably have done better with tips 1 to 2mm larger in diameter -- but my ear canals are about 10% wider than those of the average Western male, so I expect most people can get a good fit with the included tips. If you can’t, the B200s’ soundtubes are 4mm in diameter; by my reckoning, that’s the second most common size, and aftermarket tips in a variety of sizes are readily available for it.

As usual with earphones that use over-ear cable routing, I got a secure, comfortable fit. I found I could wear the B200s for hours without discomfort while riding Los Angeles’s Metro system, in part because the earpieces are relatively small and exceptionally light. The carrying case is a little on the large side, but the upside is that it’s easy to fit the earphones and their cable back into the case. 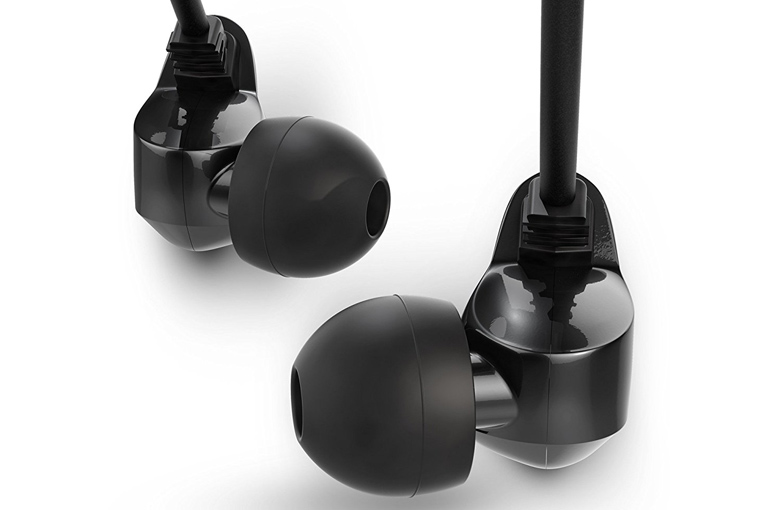 The main section of the cable is a tangle-free design -- you really don’t need to bother neatly coiling the cable before you stuff it into the case. The ends of the cable near the earpieces are encased in a molded, rubbery material that forces the cable into a loop that makes it easy to slip over your ears. The cables are not detachable.

In terms of ergonomics and features, there’s only one major downside: As of this writing, Brainwavz offers no version of the B200s with an inline microphone/remote; there’s no way to take phone calls with these earphones.

Listening to the freewheeling version of Leonard Bernstein and Stephen Sondheim’s classic “Something’s Coming,” from bassist Linda Oh’s Initial Here (320kbps Ogg Vorbis, Greenleaf Music/Spotify), I could tell right away that the B200s’ design and tuning are fundamentally sound. There was nothing out of whack: nothing booming, nothing grating, nothing sounding dull, nothing missing. Oh’s instrument sounded like a miked double bass in the hands of a master player should, with a subtle fundamental tone, strong harmonic overtones, and clear pitch definition. The saxophone, piano, and drums all sounded detailed and natural, with a just-right amount of fullness and a realistic sense of space. What I heard through the B200s recalled what I’d heard in a recent visit to Smalls, a New York City jazz club known for its intimacy and funkiness. 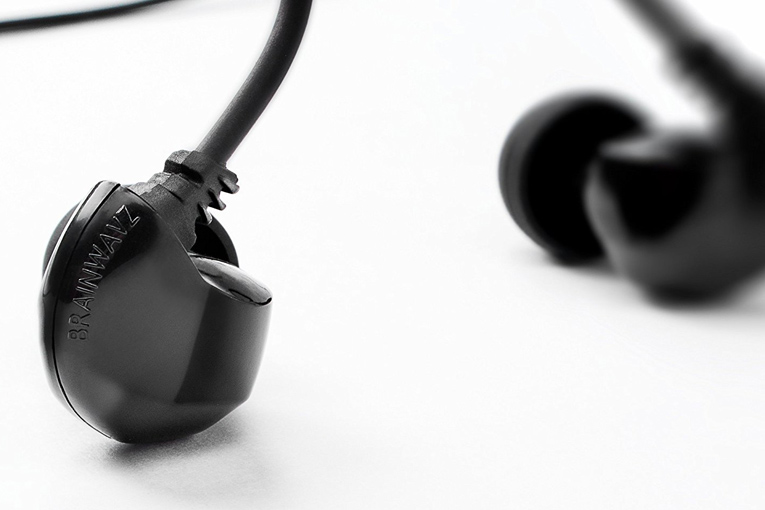 There must be hundreds of recorded versions of “Something’s Coming,” and dozens of great versions, so I thought I’d find one sung by a woman, to get another perspective on the B200s. I settled on the recording by the currently supernova-hot (for a jazz musician) singer Cécile McLorin Salvant, from her For One to Love (256kbps MP3, Mack Avenue). Again, the B200s presented the instruments in what seemed an ideal and natural balance, with a captivating sense of space and a pretty broad (for earphones) stereo soundstage. Salvant’s voice sounded smooth, with plenty of detail and minimal sibilance, the only deviation from perfection being a trace of cupped-hands coloration. “I would be happy to listen to these day after day,” I wrote in my listening notes.

Some balanced-armature earphones sound out of their element with heavy rock, often lacking enough bass and fullness to sell the song. This absolutely was not the case with the Brainwavz B200s, which, for flyweight earphones, sounded surprisingly powerful reproducing “Outshined,” from Soundgarden’s Badmotorfinger (16-bit/44.1kHz WAV, A&M). The unison guitar-and-bass riff that begins the track had the heaviness and kick I’d expect to hear at a live show with a decent PA system. Yet the low-end power didn’t obscure the lead vocal or drums in any way; Chris Cornell’s voice was extremely clear, his words easy to understand. I did note, though, that the snare had a little more snap and less body than I’m used to hearing from this cut. 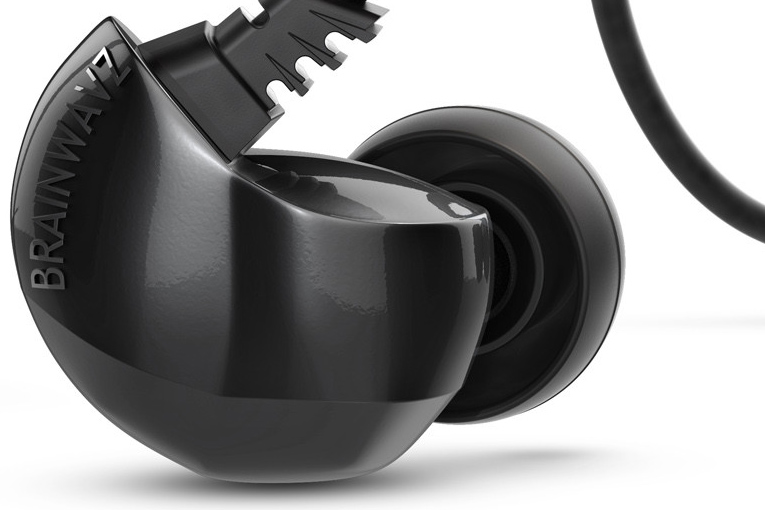 Throughout my listening to the B200s, I noticed only occasional, unobjectionably small deviations from neutrality. For example, the rich voice of Dutch blues singer Hans Theessink (whose “Late Last Night,” from his album Call Me, should be familiar to anyone who’s attended a hi-fi show in the last 15 years) sounded slightly too rich, as if there were a boost of about 2dB at 100Hz. Yet the guitars and tabla in “Kathmandu,” from his Wishing Well (320kbps Ogg Vorbis, Blue Groove/Spotify), sounded tonally and spatially natural. Switching to a much more expensive set of earphones, Audiofly’s AF1120s ($699), flattened out that little bit of upper-bass bloat, but otherwise the sonic profiles of the two sets of earphones were similar. The biggest difference was that the AF1120s let me hear deeper into “Kathmandu”: I could more easily pick out the banjo and each of the three guitars, and get a better feel for how each was miked. 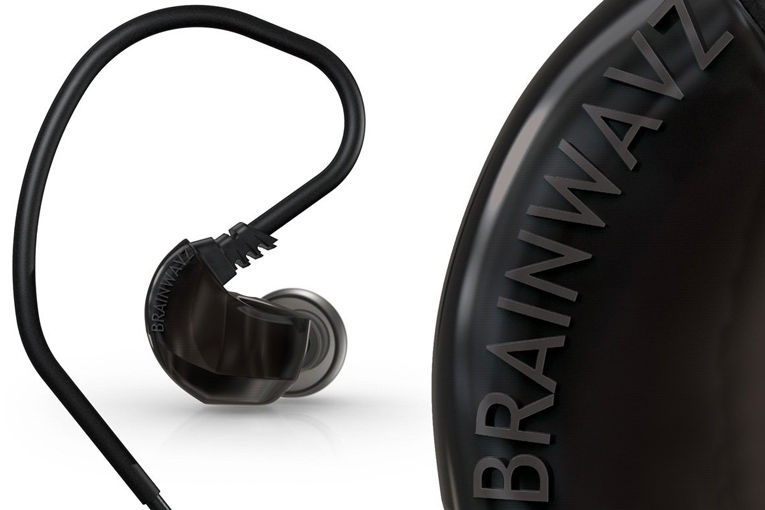 An old-favorite piano-trio recording, An Evening of Jazz with the John Harmon Trio (16/44.1 WAV, Klavier), let me home in on the B200s’ character in comparison with the identically priced 1More Quad Driver earphones, which I recently reviewed for SoundStage! Xperience. “It’s kind of like the 1More Quad Drivers with a bigger 3kHz peak,” I noted, referring to the lower-treble response peak shared by almost all earphones and headphones, and generally thought to produce the psychoacoustic effect of hearing loudspeakers in a room. Considering how great the 1Mores are for the price, that’s high praise. There was a little more sizzle in the cymbals and snap in the snare with the B200s, but not enough that I’d call their sound bright. Which you’ll prefer will be a matter of taste -- if you tend toward softer music, the B200s might please you more; if toward dense pop, hip-hop, and rock, you might prefer the 1Mores. I’d be happy to listen to either.

I like the Brainwavz B200s a lot. They’re super-comfortable, easy to live with, and their few departures from neutrality are subtle enough that I’d consider them characteristics rather than flaws. I’d prefer it if the B200s came with a wider selection of eartip sizes, but alternatives are easy to find. At the $200 price point, the Brainwavz B200s are a very solid choice.