Oppo Digital PM-3 measurements can be found by clicking this link.

In just one year, Oppo Digital has become one of the biggest names in audiophile headphones. The new PM-3 closed-back headphones ($399 USD) follow on the impact Oppo made with its other models, the PM-1 ($1099) and PM-2 ($699). Not only is the PM-3 the least expensive model Oppo has made, it’s their first closed-back model, which opens it up to a much wider audience. Closed-back headphones provide some degree of isolation from sounds around you, so you get less noise and more music. I’d guess closed-back headphones outsell open-back models by 100 to 1.

Oppo’s headphone models not only look very similar; all three are based on the same core technology of planar-magnetic drivers. Most headphones use dynamic drivers -- essentially just miniaturized speakers -- but a planar-magnetic driver is a Mylar diaphragm layered with a grid of thin wires and suspended between two magnetized grids. When the wires receive an audio signal, the diaphragm moves back and forth to create sound. 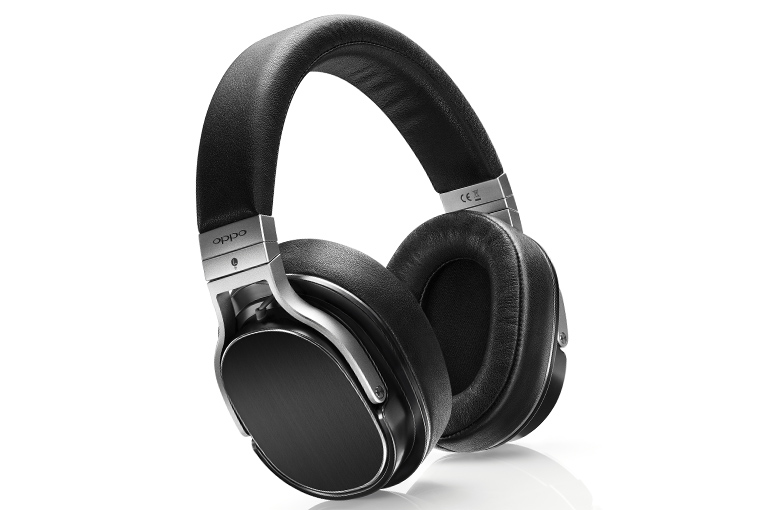 The PM-3s’ box includes a semi-hardshell black denim case only 2.25” thick -- slim enough to slip into a large laptop computer bag or an already-full suitcase. It comes with two cords: one 3m long, with 3.5mm plugs and a screw-on adapter for 6.2mm jacks; and a 1.2m-long cord with an inline microphone/remote. The remote does play/pause and volume control with iOS devices, but only play/pause with Androids. The PM-3s are available in white or black.

The PM-3s are as travel-friendly as their more expensive brothers. The earpieces fold flat for transit, and, packed into the denim case, the PM-3s aren’t much larger than a set of Bose noise-canceling ’phones. 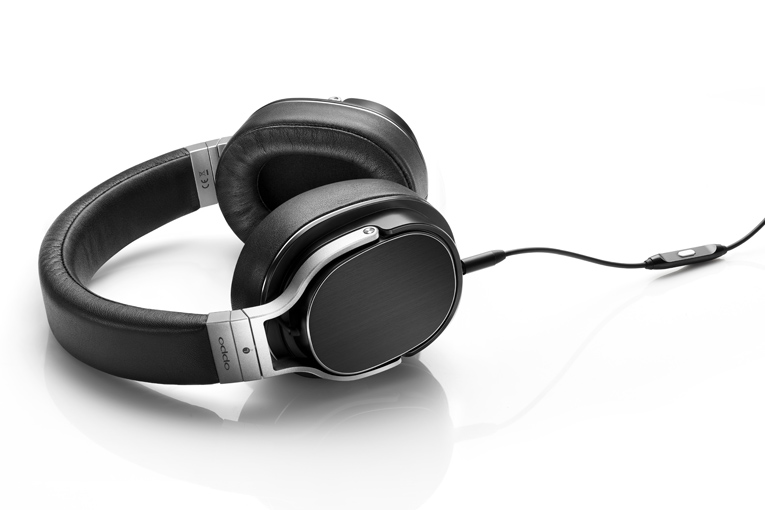 They’re also comfortable, thanks to their plush leather earpads. For me, the headband pressure was slightly tight, but my hat size is 7 3/4" -- for a normal person with a smaller head, the fit would likely be close to perfect. I weighed the PM-3s; their 11.7 ounces make them just slightly on the heavy side -- about 25% heavier than NAD’s Viso HP50s, the closed-back model I use most often.

I first gave the PM-3s about a month of casual use, then sat down for some serious comparisons with my reference for midpriced closed-back headphones, the NAD Viso HP50s ($299); and with Oppo’s own PM-2s ($699), which could be considered the open-backed version of the PM-3s.

During my casual listening, the PM-3s struck me as having a detailed, vivid sound with adequate if perhaps somewhat lightweight bass -- more a tilted tonal balance than an outright coloration. The PM-3s sounded just bright enough to make everything a bit livelier; they weren’t as excessively bright as some headphones -- e.g., Audio-Technica’s ATH-M50x. Still, the latter is a sound that I know a lot of headphone enthusiasts and audiophiles prefer.

For example, “Block Party,” from Orbert Davis’s Priority (256kbps MP3, 3sixteen), sounded vivid, Davis’s trumpet powerfully punching through the mix. What appeared to be a mild peak in the upper mids and lower treble emphasized the horn and piano a bit. The bass wasn’t loud through the PM-3s, but a little bit of a resonant low-frequency peak -- the norm with closed-back ’phones -- gave it a welcome punch and groove. In comparison, the bass was rounder and softer through the Viso HP50s, which also gave me a more open sound and a more realistic sense of space. 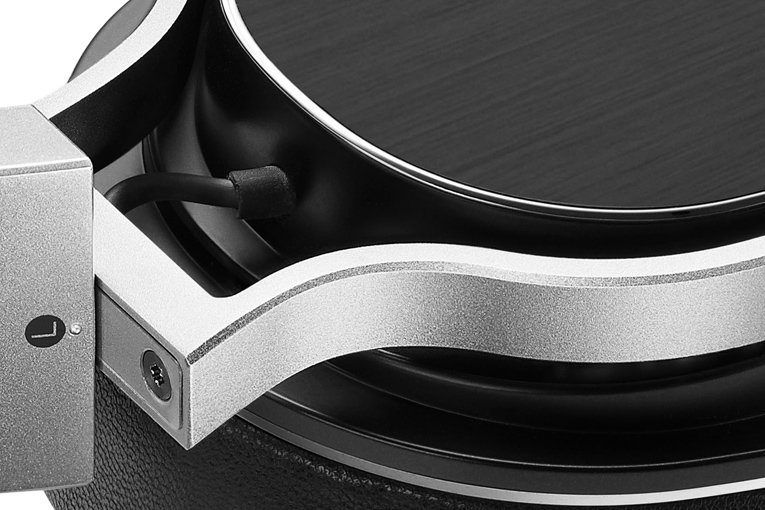 With “I Got It Bad,” from jazz singer Susie Arioli’s It’s Wonderful (16-bit/44.1kHz WAV, Justin Time), the PM-3s pulled out more of the twang and grit in Jordan Officer’s hollowbody electric guitar, and Arioli’s voice had a subtle presence peak in the lower treble that brought her out in the mix while also slightly increasing sibilance. “Everything seems to stand out better,” I noted. The HP50s, meanwhile, sounded softer and less vivid, but again, with a more relaxed vibe and more ambience.

The PM-3s are almost certain to please anyone who wants to hear all the details from their classic-rock CDs. Jimmy Page’s Middle Eastern-flavored guitar riff in “Dancing Days,” from Led Zeppelin’s Houses of the Holy (256kbps MP3, Atlantic), sang out with all the aggressive vigor I’m sure he intended, and Robert Plant’s voice was easy to distinguish in the busy mix -- although, again, I noted a bit of sibilance along with that emphasis. Once more, to describe the sound I’d have to fall back on such terms as vivid, lively, and exciting. I expect that this will be a near-perfect tonal balance for many hardcore headphone enthusiasts. 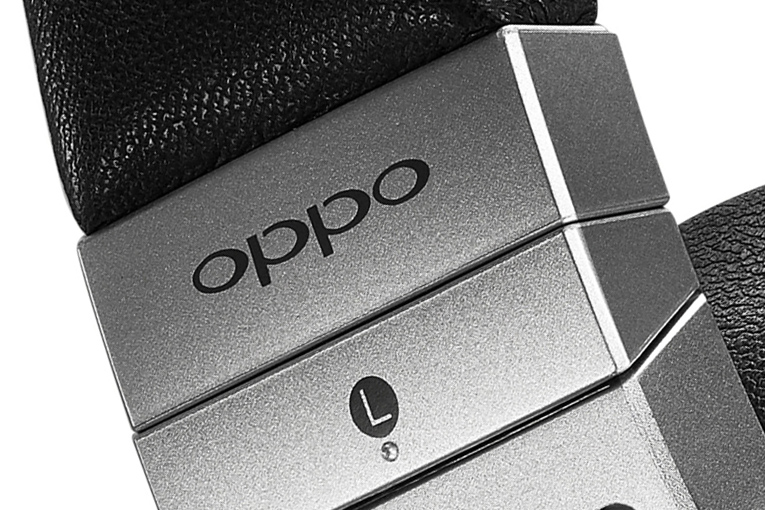 Having spent so much time comparing the Oppo PM-3s with the NAD Viso HP50s, I began to wonder how the PM-3s might compare with Oppo’s own open-back PM-2s. I spent some time swapping between the two, with Aurender’s Flow headphone amp-DAC doing the driving.

In my opinion, the PM-3s and PM-2s are substantially different headphones. There was a certain family resemblance in the sound, but the tonal balances were different, and the improvement with the open-back PM-2s was obvious. The difference was easy to hear with “Nancy (with the Laughing Face),” from Cannonball Adderley’s Know What I Mean? (16/44.1 WAV, Riverside/OJC). Through the open-back PM-2s, this recording sounded pretty darn close to perfect. The colorations were trivial enough that even a very picky audiophile would find little to complain about, and the natural sense of the recording space was stunning. Through the closed-back PM-3s, “Nancy” sounded good but more closed-in, as if it had been recorded in a smaller space, and Adderley’s alto sax was emphasized in the mix, and sounded brighter. 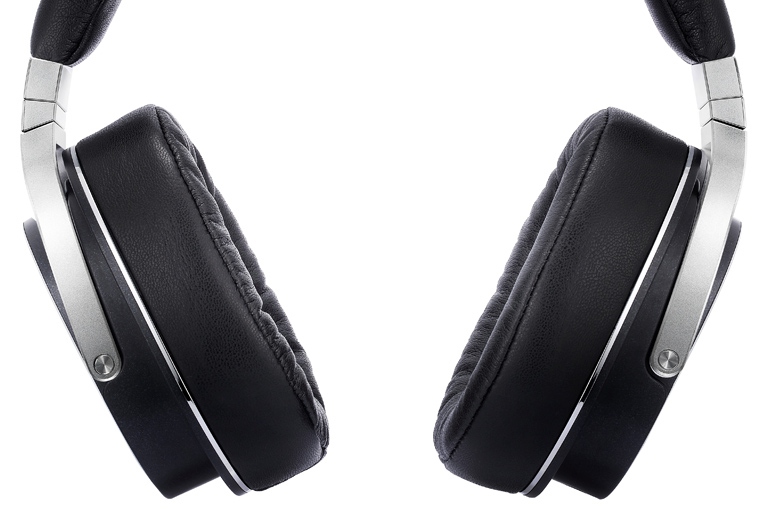 It was much the same with “We Gotta Get You a Woman,” from Todd Rundgren’s Runt (256kbps MP3, Rhino). Through the PM-2s, Rundgren’s best-ever-in-the-history-of-pop backing vocals sounded as if they were coming from singers (multiple overdubbings of Rundgren’s voice, actually) spaced all around me in a large recording studio. Through the PM-3s, the bvox sounded as if they were coming from headphones. The PM-2s also clearly revealed that the bass line was doubled by an electric piano or a clavinet, a detail the PM-3s obscured.

The Oppo Digital PM-3s are a great alternative to ordinary closed-back headphones, with a more trebly and detailed sound than most, and without the big, somewhat booming bass produced by many, if not most, closed-back ’phones. They’re a great choice for someone looking for a high-quality, high-detail listening experience on the go.