My wife and I recently moved from a Texas ranch to a downtown loft condominium in the Northwest. The condo has its benefits, most having to do with proximity to almost anything I could ever want. The primary downside is that the largest screen our new loft can accommodate is 75”. Back at the ranch, I had enough room for a massive home theater built around a 144”-diagonal screen fashioned from Stewart Filmscreen’s premium screen glass. Fed by a powerful, quasi-4K JVC projector, the picture was way better than in most cinemas.

So I decided to get the very best 75” TV I could afford, and reserve a place close enough to the screen that I could sit in the same perspective as I had before. For the 144” screen, my seating area had been 144” (12’) back.

Have you measured how close you sit to your screen? Nothing will do more to increase your immersion in a video event than getting closer to the screen. It’s similar to nearfield listening. Sadly, most of us are still constricted by the same home-decorating system that ruins the sound of our carefully chosen audio systems. You know it well: TV or speakers along one wall, sofa against the opposing wall. Such an arrangement is as deadly to a moving image as it is to sound. 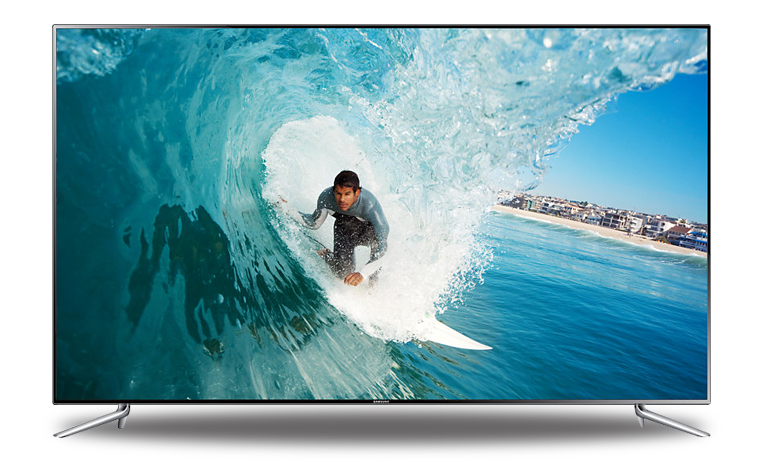 Of course, it helps if you have something to watch!

And therein lies the rub. It’s a chicken-and-egg problem -- or, rather, a software-and-hardware dilemma. Which should come first? Should I buy a 4K set and wait for 4K programming? Or wait until there’s a significant amount of 4K programming before I buy a 4K set? And if I’m thinking about those things, you can be assured the media outlets are doing the same.

Netflix has vowed to make all of their 2015 programming in 4K. ESPN was burned by the failure of its 3D network, but how long will it be before some sports broadcasts will start to be shown in 4K? I vote for hoops first! TNT, take heed! 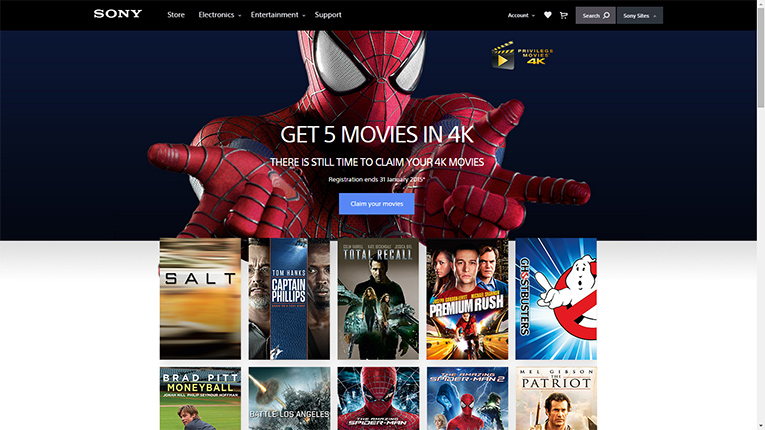 Meanwhile, we have limited outlets for 4K streams. For your first views, I highly recommend doing a YouTube search on “10 Incredible 4K (Ultra HD) Videos.” After that, you should be able to find more 4K fun on Netflix, Amazon Prime Time, and Vimeo. You can also find programs on Sony’s website, and soon on Dish, DirecTV, Comcast, Xbox, and PS4. Buying 4K movies will be hard on your hard drive. At 40-50GB per movie, a 4TB drive would hold less than 100 films. And how long does it take to download one of these?

A quick perusal of Sony’s Community Site blog for 4K UHD TVs reveals a lot of skeptics. The 4K naysayers seem to fall into two loudly vocal groups. One pleads for a universal system that works for all. Anyone who lived through the VHS/Betamax cockup is sure to be wary, especially since we see megacorp Sony’s fingerprints on this conflict as well. But think of how many other fiascos we can point to: DivX vs. DVD, HD DVD vs. BD, SACD vs. DVD-A, DVD+R vs. DVD-R vs. DVD-RAM, MP3 vs. FLAC, PlayStation vs. Xbox. Can you blame these folks if they recommend that you wait until one format has won?

I’m a capitalist at heart, and love it when companies I support end up on the winning side of a format war. But I also feel a responsibility to do anything I can to guide readers to the best format, in the hope that it will save them significant losses when the marketplace finally shakes out the losers. This time, Sony seems to have it.

The second most common complaint on the Sony blog concerns the fear that early adopters will be punished or abandoned if and when rapid changes in technology make their purchases obsolete. Prior owners of Elcaset recorders or RCA SelectaVision Video Discs will probably get the worst jitters about this, and I’m sure that some systems will drop out. But, for what I spent, I’m happy with the purchase I made.

The first thing I noticed about the Sony Bravia XBR-65X850Bwas that its picture was startlingly clear -- more clear than even the best plasma set I’ve seen. It took me virtually no time to set the image quality to my requirements. Everything is deeply adjustable, so if you choose to have an ISF-certified calibration made, all the technician will need is at hand. I began with the “10 Incredible 4K (Ultra HD) Videos” mentioned above. Most remarkable were the videos of the tiger and the fireworks in Dubai. The individual hairs of the tiger’s fur were frighteningly gorgeous. Someone in Dubai had decided that setting up and filming a New Year’s fireworks display would be fun, even if it cost millions of dollars, thank you very much.

Netflix’s 4K programming is limited but jaw dropping. Crouching Tiger, Hidden Dragon, one of the most beautiful films ever made, is even more so in 4K UHD. Netflix’s Marco Polo looks way better than we had any right to expect from a company of their size. Do yourself a favor and let the four Moving Art features track in the background some rainy day. You’ll find yourself mesmerized again and again. And should you be one of the poor souls who’ve never seen Breaking Bad or House of Cards, here’s your chance to see them in gorgeous 4K UHD. 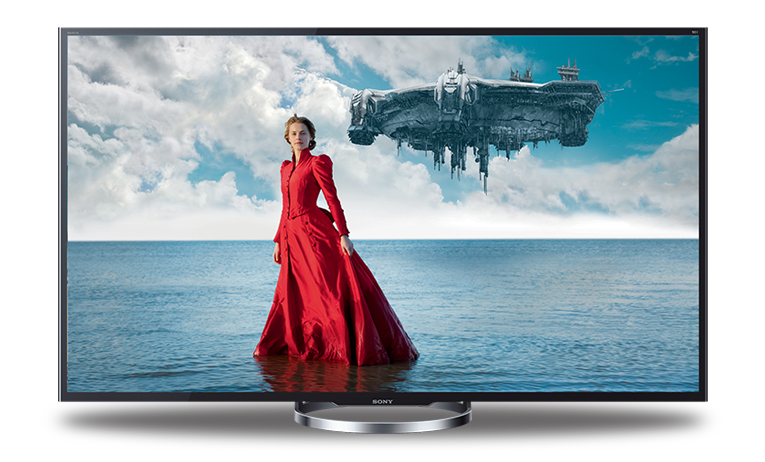 I set the Samsung up where I could see both screens playing identical material, and the Sony’s color reproduction was more lifelike. When I sat at a distance of about 0.9x the Samsung’s horizontal size, its picture began to look like a screen door. I could get within 12” of the Sony before any lines between pixels were visible at all, and only with certain programming.

Still, all was not perfect with the Sony. Its primary problem was that it has the most infuriating remote control I’ve used in recent memory. If your fingers are tiny, you might be able to use this POS. If you have stubs like mine, forget it. Whoever designed this thing’s Circle of Hell selector deserves to have to use it the rest of his or her life. Even the fingers of my rail-thin, model-bodied wife don’t fit it.

Any good reasons to wait for 4K?

The main reason to wait on a 4K TV is the lighting system used by the various displays. Right now, unless you see FULL ARRAY in giant letters in a TV’s advertising, you can assume that any TV you buy uses edge lighting. It’s cheaper, and allows the TVs to be made ever thinner. In this system, an array of lights is distributed around the edge of the screen and aimed in at the interior pixels. Good TV makers can do a fine job with this system, but, what if each individual pixel could have its own light?

Then it would be one of two things. First, it could be a full-array, direct-lit TV. These are rare, and most of them are at least marginally dishonest in their design. Instead of truly being full array, some makers divide the screen into just a few segments, then claim that they’re legit. In the ideal 4K display, every individual pixel has infinite range, from zero (black) to the peak of its abilities. Makers of OLED displays claim to offer just that, while a few LED-lit TVs are claimed to be just as good.

The problem is that the wait for full-array UHD 4K TV could end up being long. In the meantime, you could be watching a lot of great shows and films Ultra HD.

What’s most important? Sit close to the screen, if you can, and that means 4K. Pay attention to the lighting scheme, and get the best version you can afford. As the major manufacturers look for ways to push down the prices of 4K displays, you can be assured that they’ll cut corners wherever they can. That’s one of the reasons I think it might take a while to get an ideal lighting system. Having a beautiful 4K screen with edge lighting is like putting regular gas in your Ferrari. But at least you have a Ferrari!