Is High-End Audio Still About Music?

When I got into high-end audio, around 1990, I was attracted to its focus on achieving more realistic reproduction of the music that has been my passion since I was eight or nine years old. But I’m starting to feel that high-end audio now often aims at a different goal.

As an example, I refer you to an article by Peter Qvortrup posted on Part-Time Audiophile. This article depresses me because of the impression it creates of high-end audio as a haven for ego stroking and fashionably contrarian opinions, rather than as a pursuit of art and knowledge. 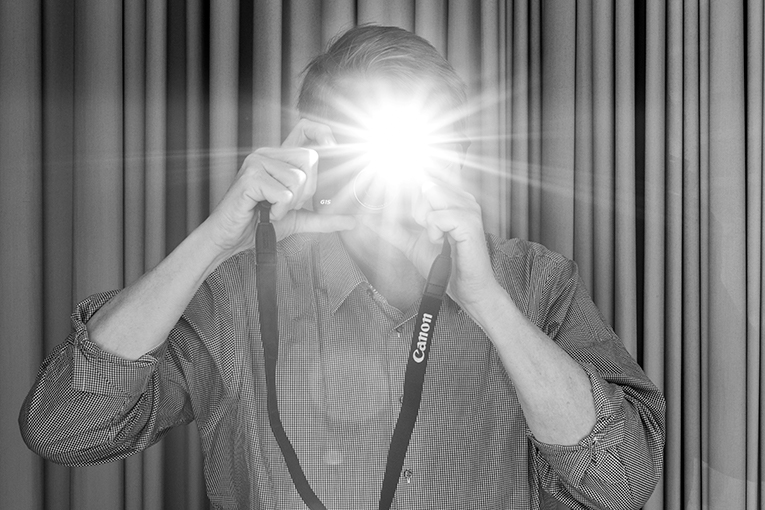 Conspicuously absent from the article is the fact that Qvortrup owns Audio Note UK, a company perhaps best known for retro-style amplifiers employing single-ended-triode tube output stages. While one might reasonably conclude that Qvortrup’s statements are motivated by a desire to promote his company’s products, I’ll accept them as sincere expressions of his beliefs.

And the key word here is beliefs. Not knowledge.

The core of Qvortrup’s article is a chart purported to chronicle the development -- and, according to him, the decline -- of quality in software, recordings, replay equipment, amplification products, and loudspeakers from 1910 to 1990. The chart looks like a presentation of objective data, but the numbers represent nothing more than Qvortrup’s opinions -- or, as he puts it, “how I see the peaks, dips and troughs of development in the five main areas of the music reproduction chain.”

With no facts or research presented to support the opinions it presents, Qvortrup’s chart is no more worthy of consideration than some guy’s chart of what he thinks are the best bands in the history of rock. In fact, it’s less credible, because while it’s hard to disprove an aesthetic judgment of a rock band, many of Qvortrup’s opinions are clearly misguided and uninformed.

Qvortrup claims that loudspeaker performance hit its zenith in the 1930s and ’40s, and declined to an all-time low in the 1990s. He claims that software and recording quality peaked in the 1960s, and by the 1990s had dropped back down to the same levels as in the 1930s. He makes no statement about speakers, software, and recordings of the 2000s and 2010s, but if he thinks any better of them, he probably would have mentioned it, especially in an article dated September 2017.

These statements are as fatuous as saying that the TVs and cars of the 1960s were superior to those of today. 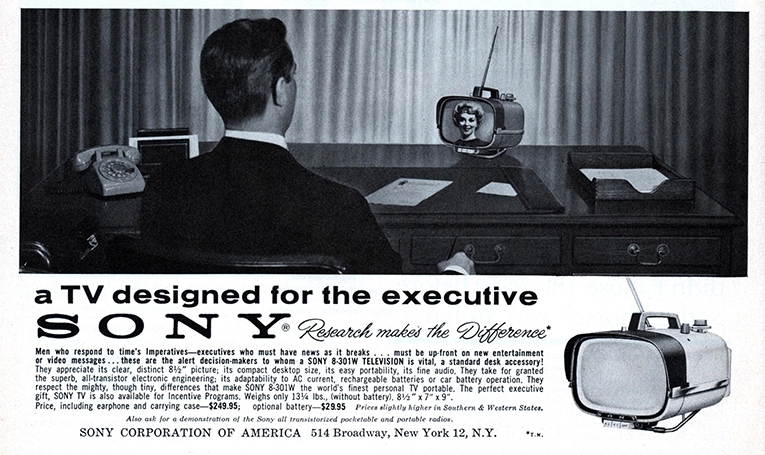 If the loudspeakers of the 1930s and ’40s really were better, the handful of companies currently building speakers based on these designs would rank among the most acclaimed in audio. But when you hear them at an audio show, you’ll probably move quickly to another room, because they usually display all sorts of sonic anomalies. Many unnaturally emphasize certain ranges of the audioband at the expense of other ranges. Their bass and/or treble extension is often poor. Some disperse midrange and treble frequencies in relatively narrow beams, which colors their sound and makes their performance more dependent on the room. An average modern budget bookshelf speaker usually sounds better. In fact, Canada’s National Research Council uses an antique speaker of the sort Qvortrup reveres as an “anchor” -- that is, a speaker that any other speaker is sure to beat in a blind listening test.

I remember what it was like to battle the noise, generation loss, tape wear, and miscalibration of the analog tape decks used during what Qvortrup claims was the high point of music recording. The recordings I make now with a couple hundred dollars’ worth of gear are far better than the ones I made in the 1980s with a $6000 tape deck, even though I use pretty much the same microphones and recording techniques. As any jazz fan knows, it’s ridiculous to equate modern recordings with those made in the 1930s, which have little bass or treble, scant detail, less dynamic range, and more noise than today’s -- and, of course, little sense of space, because they’re mono.

What appalls me about Qvortrup’s article is its dismissal of the accomplishments of countless professionals who have devoted their lives to improving audio reproduction. Let’s consider just a few of those people whom Qvortrup implies are so inept that they’ve failed even to match, much less exceed, the benchmarks set by their predecessors in the 1930s: speaker designers Paul Barton and Andrew Jones, audio engineer Ray Dolby, researchers Floyd Toole and Sean Olive, recording engineers David Chesky and Bernie Grundman . . . the list could go on for pages. 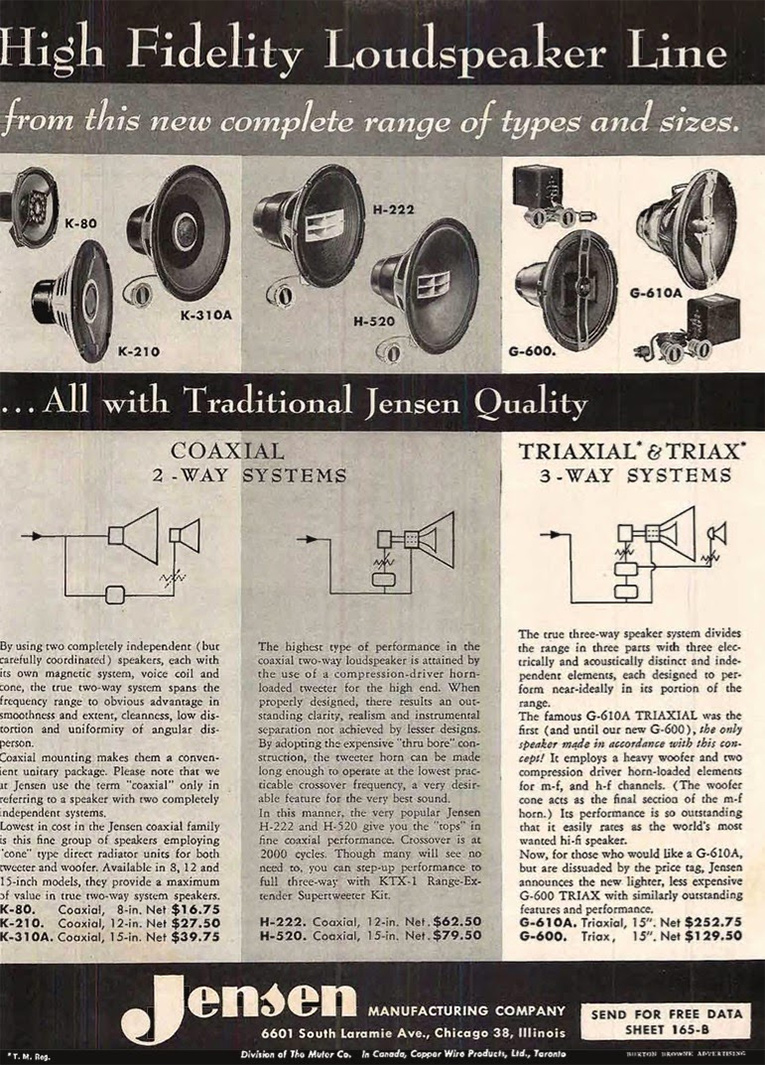 But what’s saddest about Qvortrup’s article is what it reveals about the current state of high-end audio. In high-end audio, unsupported, even demonstrably false ideas such as Qvortrup’s are now often given more weight than the most extensively researched audio science. Some of Qvortrup’s beliefs mirror those expressed by many audio writers. For example, he states, “The fact that most loudspeakers (whether claimed to be of high-end quality or not) are designed under near-field anechoic conditions compounds the issue in my mind. What use is there in designing under these conditions when most people sit at three-to-six times the distance used to measure speaker response?” This “mystery” is easily solved by asking anyone who does speaker measurements, or by reading just one paper.

Why is someone who hasn’t bothered to seek the answers to his questions being given a voice in an audio publication? If you read the comments following Qvortrup’s article and similar anti-science scribblings, the answer is apparent. A reader with slim experience in audio can spend a few minutes scanning an article like this and think himself smarter than Ray Dolby or Paul Barton. Maybe he’ll buy one of the idiosyncratic and/or outdated speakers or amps currently in vogue among many audio enthusiasts and he’ll feel even smarter -- even if he’s probably getting sound less realistic than he could have from a garden-variety stereo receiver and well-designed, $500/pair bookshelf speakers.

Articles of the sort Qvortrup has written, and the products they laud, have little, if anything, to do with achieving more realistic reproduction of sound. Such articles, wittingly or unwittingly, are crafted to create the momentary rush in author and reader that comes from feeling you’re smarter than most people. Publications that peddle appealingly simple yet clearly uninformed ideas are happy to offer this rush, and to profit from any resulting controversy. But, in return, they supply their readers only with fabrications, fads, and other nonsense. Sadly, you learn nothing from people who make you think you’re smart. You learn from people who make you realize how much you don’t know.

I worry that too much of high-end audio -- and especially the high-end audio press -- has become about pandering to customers’ egos rather than elevating their aesthetic senses. In my view, high-end audio should be about the things that attracted me to the field almost 30 years ago: the long-term joy that comes from exploring the art of music, and the satisfaction that comes from in-depth study of your chosen hobby.