The summer I turned 14, my father took us on a month-long road trip through the US Midwest, out to the western edge of Montana. Fifty years later, the enduring memories include the early mornings speeding west along Interstate 90 -- the sun rising behind us and Glen Campbell’s “Wichita Lineman” ubiquitous on AM radio.

That summer, Bruce Springsteen was 18 and about as far -- both physically and musically -- from the badlands and producer Al De Lory’s string-heavy arrangements as possible. As he recounted in his autobiography, Born to Run, in 1968 he was living in New Jersey and leading a power trio called Earth. But those lush, often-melancholy songs by Campbell, Dionne Warwick, late-’60s Beach Boys, and others obviously struck a note with Springsteen. Perhaps the bridge was De Lory, who was a long-time member of the Wrecking Crew, the band of Los Angeles studio veterans who played on many of the Phil Spector-produced songs that so heavily influenced Springsteen’s 1975 breakthrough studio recording, Born to Run.

Springsteen has always been a bit of a musical magpie, mining James Brown, Van Morrison, and the Clash, as well as Spector, at various times in his long career. His strength has always been his ability to call on those reference points -- musical signposts that are in all our heads -- and use them for his own purpose without having to apologize for the sources. Along with his onstage persona, it’s a big part of what makes him Everyman.

He has also always maintained a fascination with the American West, writing vividly about life along the Mexican border on his 1995 recording, The Ghost of Tom Joad, and detailing his motorcycle trips through the California mountains and across the desert in his autobiography. With “Outlaw Pete” (from his 2009 album Working on a Dream), he transformed his favorite childhood picture book into a twisted child bank robber who eventually appeared in a picture book of his own (a collaboration between Springsteen and illustrator Frank Caruso). In his personal life, he’s adopted a timeless western persona -- living on a horse ranch, albeit one just an hour from Manhattan, and decorating his rural New Jersey abode like he shopped in the cowboy kitsch shops of Cave Creek, Arizona. 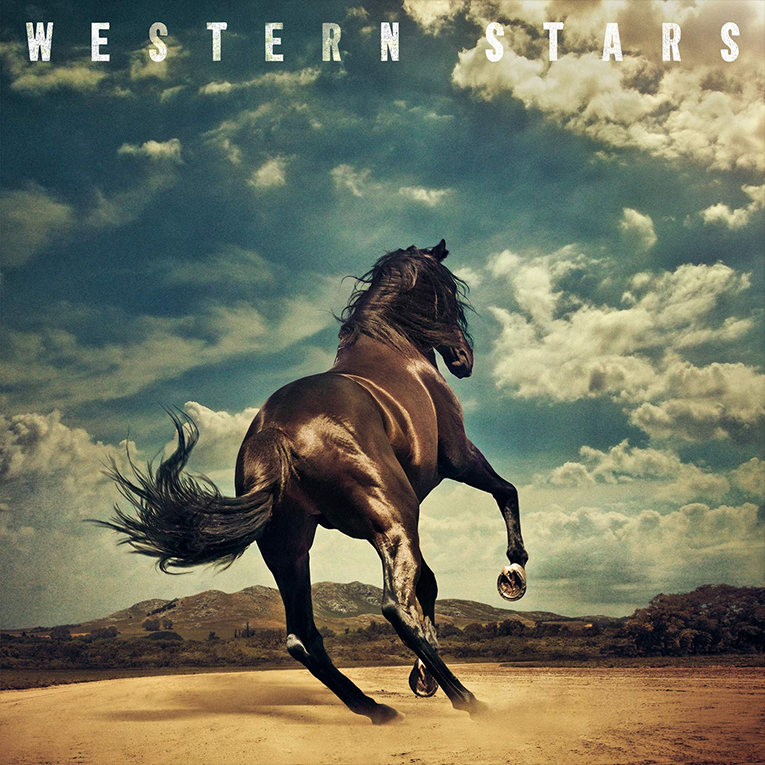 For his first new studio recording in five years -- his 19th Columbia studio album overall -- he brings those elements together, sounding like he’s stepped directly from his own westbound 1968 road trip into the studio. The strings, and sometimes synths, soar; the guitars are hushed; and the solos are kept to a minimum. The characters that inhabit these 13 songs might be the same guys who hired a prostitute in the song “Reno” or pulled a heist in “Highway 29” or drove just ahead of a desert storm on “The Promised Land,” but here the narratives are less dramatic. They simply portray everyday life: a man finds new life operating a construction crane under the burning Tucson, Arizona, sun; an aging cowboy actor reflects; an impetuous ranch hand is haunted by various incarnations of wild horses. The wary protagonist of “Sundown,” who reasons that “it’s all just going to work out in time” is one of the most sanguine characters Springsteen has concocted, and despite the classic pop soundscape he employs, these people live mainly in their heads, and are clearly, like the singer, moving into their senior years. The action is mostly in the past. Regrets are legion.

Even when measured against recent solo projects like Working on a Dream and Devils & Dust, where he occasionally referenced Brian Wilson and other ’60s pop musicians, Western Stars is Springsteen’s lushest recording. Co-produced with Ron Aniello, the strings and occasional pedal steel shimmer like the summer sun. The drums are as big as they are on every other Springsteen recording since 1978. Recorded primarily at Springsteen’s Colts Neck, New Jersey, studio, the recording delivers the depth and detail one has come to expect from the perfectionist studio veteran.

While his writing has been uneven -- if never less than adventurous -- over the past 25 years, and no album since 1978’s Darkness on the Edge of Town has come close to capturing the dynamism of his live shows, Springsteen’s albums always have a few songs that stand out among his vast catalog. Here, those songs include “Somewhere North of Nashville,” with its conflicted hero; “Tucson Train,” which features a narrative by the previously mentioned crane operator; and “Stones,” with its memorable imagery regarding a lover’s lies. Topping those is the relatively simple “There Goes My Miracle,” a lusty, full-throated vocal that pays homage to Roy Orbison, as much as possible given Springsteen’s more circumscribed range. 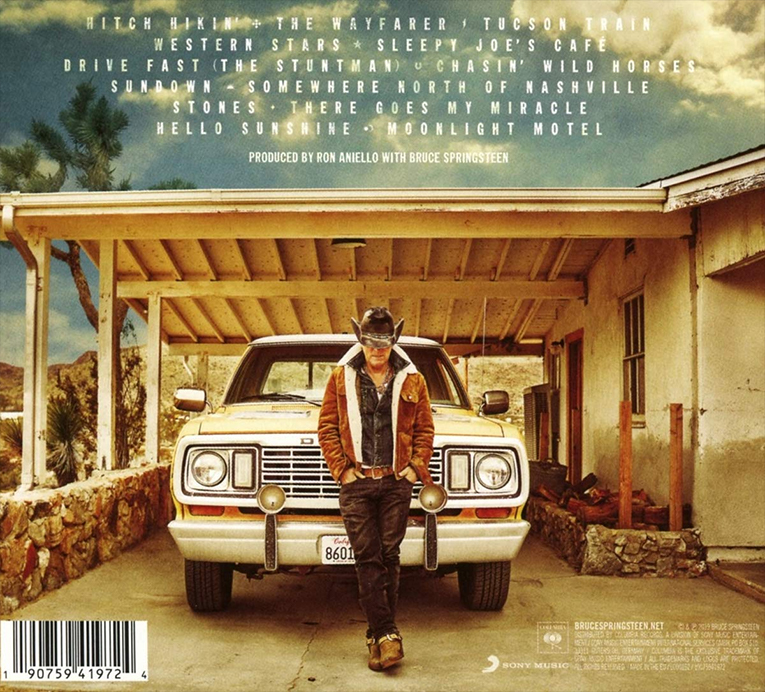 Approaching 70, Springsteen, in league with his canny manager, Jon Landau, has continued to find new ways to stay at the top. From his long-running, completely sold-out Broadway show to the way he skillfully serves up gems from his vault, he is never less than relevant. But staying relevant doesn’t necessarily mean staying brilliant. Even Springsteen, who has never been far from the top of the heap in the rock business, has struggled to write a song as powerful as his best work from the ’70s and ’80s. Only Paul Simon seems able to avoid that trap.

The opening stanzas of Western Stars -- “Thumb stuck out as I go / I’m just traveling up the road” -- don’t exactly measure up to his timeless “The screen door slams / Mary’s dress waves.” The song those lines are from, “Hitch Hikin’,” also shows the weakness of Springsteen the composer, with a chord progression and string melody very similar to “You’re Missing” (from The Rising in 2002) and other “softer” pieces he’s written.

Another disappointment, “Sleepy Joe’s Café” is just one more of Springsteen’s attempts to capture the environment of a bar, which includes “Mary’s Place,” and “Harry’s Place.” In this case, the song is a mid-tempo Tejano two-step with accordion, organ, and possibly the most flaccid guitar solo on any Springsteen recording. It sounds like it’s about a bar for folks Springsteen’s age.

If the past is any indication, Springsteen will inevitably turn “Hitch Hikin’” and “Sleepy Joe’s Café” into live show-stoppers when he and the E Street Band return to the road in 2020. Even the lamest songs on some of his earlier studio albums have found wings when the band bites into them and Springsteen turns on his incredible charisma. It’s just one more thing that makes Springsteen a legend.

At the advanced stage of Springsteen’s career -- and, remember, he’s been a professional musician for 55 years -- the defining thing about Western Stars is that it’s a huge step in a new direction, and that he’s taken that step so confidently and expressively.