Shade has its roots in an impromptu performance the band gave at a tribute to renowned blues pioneer Robert Johnson, and the approach the four members take to Johnson’s epochal “Preachin’ Blues” is exemplary of Living Colour’s strengths.

It starts with a riff. In this case, guitarist Vernon Reid makes it as elemental as possible -- hammering a basic, monolithic motif that is as old as the earth of Mississippi and West Africa. As Corey Glover sings the line “Woke up this morning / Saw the blues walking like a man,” Reid begins to overdub a slide line that draws the connection from Johnson back to his Delta predecessors. In form, the shape and texture of this opening section are far more spare than what early British blues enthusiasts like The Groundhogs or Fleetwood Mac played. Those early ’60s groups took heat for their lack of attention to the details of what made Johnson, Son House, Bukka White, and other rural blues musicians unique, but in Living Colour’s hands it sounds more like a textbook lesson on exactly how rich and basic those details are. Oh, and let’s not overlook that while deconstructing Johnson’s song, Reid and company have created a four-minute experience that flat-out rocks.

Rock is exactly what Living Colour -- and a handful of other bands that Reid either produced or mentored under the sobriquet Black Rock Coalition -- did, in the face of both skepticism and criticism that young black musicians couldn’t, or shouldn’t, rock; Jimi Hendrix notwithstanding. 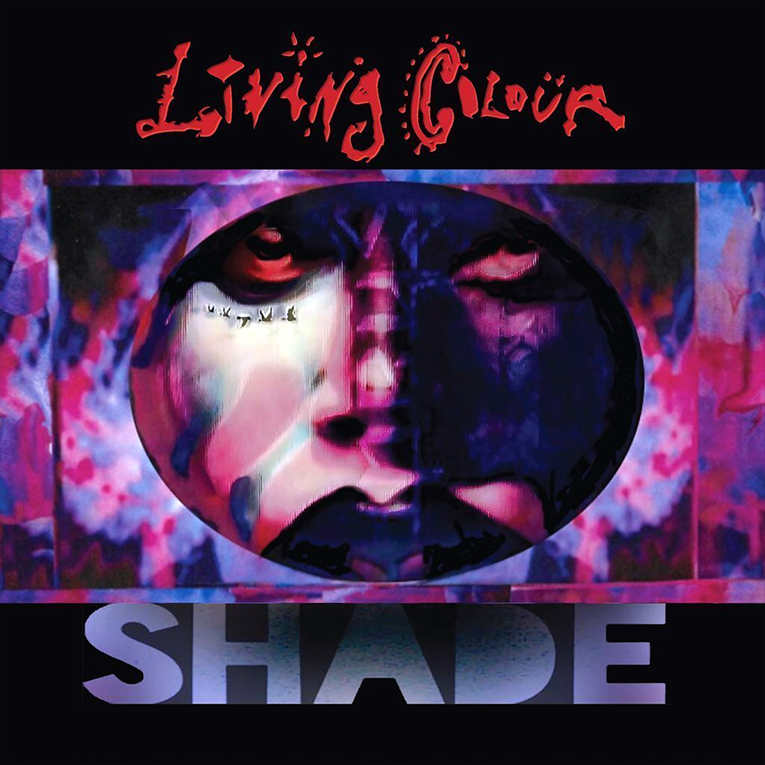 Yet Reid had always bucked expectations and type. He grew up a fan of Hendrix, Jimmy Page, and other rock guitarists, but first came to prominence playing the highly complex compositions of jazz drummer Ronald Shannon Jackson. Among contemporary guitarists, Reid’s stylistic and technical scope is probably matched only by Nels Cline, who also has the ability to straddle rock and advanced improvisation. But unlike Cline, Reid is drawn to buzz-saw tonality, sledgehammer rhythm, and 90-degree turns. Several years ago, I saw both guitarists perform separate improv/art shows at (Le) Poisson Rouge in New York, and those shows were highly graphic illustrations of where the cutting edge of electric guitar experimentation sits today.

Covers of Notorious B.I.G.’s “Who Shot Ya?” -- effectively arranged by producer Andre Betts into an anthemic heavy metal polemic -- and Marvin Gaye’s “Inner City Blues” complete the blues trilogy. As Reid has pointed out, one thread that runs through the songs is that their authors each died violently. That all three were murdered by members of their own race is the kind of socioeconomic subtext that sets Living Colour apart. While both “Who Shot Ya?” and “Inner City Blues” allude to white-on-black police violence, the larger message is one that asks, “Why are we killing each other?” and all the meaning that question carries.

If that level of substance is what caused Living Colour to be viewed as too intellectual to be taken as seriously as white rock bands, then listeners should focus more on the underpinnings of the band’s sound: the enormous thrust created by bassist Doug Wimbish and drummer Will Calhoun. The pair can readily stand with any rhythm section in the business, and Reid’s wide array of sonic textures and dynamic approaches provides a multi-layered listening experience.

Betts used four different studios and engineers to create Shade, including veteran Ed Stasium, who produced Living Colour’s 1988 debut album, and collectively they give the band the depth and separation it needs to deliver an impressive punch to accompany the clout of the lyrics.