Billy Gibbons and the BFGs: "Perfectamundo"

Starting in the mid-1960s, blues-based guitarists began to supplant lead singers like Mick Jagger and Keith Relf as the dominant frontmen in rock music. Players like Eric Clapton, Jeff Beck, and Jimmy Page were suddenly thrust into the spotlight, and once Jimi Hendrix made the move from showy soul sideman to rock god there was no turning back. Even guitarists who could not sing -- Duane Allman comes to mind -- were promoted as solo artists.

One of the most talented young guitarists -- Houston native Billy Gibbons -- bucked the trend. Despite impressing Hendrix during a 1968 tour as an 18-year-old in the Moving Sidewalks, Gibbons shunned a solo career for relative anonymity as a member of the co-operative trio, ZZ Top. Sharing songwriting and singing duties with bassist Dusty Hill, Gibbons remained something of an enigma -- burying his personality even deeper when he and Hill adopted their trademark hillbilly beards and cheap sunglasses.

Although there was no mistaking his authority and breadth as an instrumentalist, it was impossible to tease apart the elements that made ZZ Top’s quirky paeans to hot rods, long-legged women, and hipster clothing so compelling.

For almost 50 years, Gibbons has eschewed stepping forward with a solo album in favor of being just another guy in a group. The first album to bear his name, Perfectamundo, shows why that approach was a wise career choice: a mere 39 minutes long, it runs out of creative gas after the opening two songs. 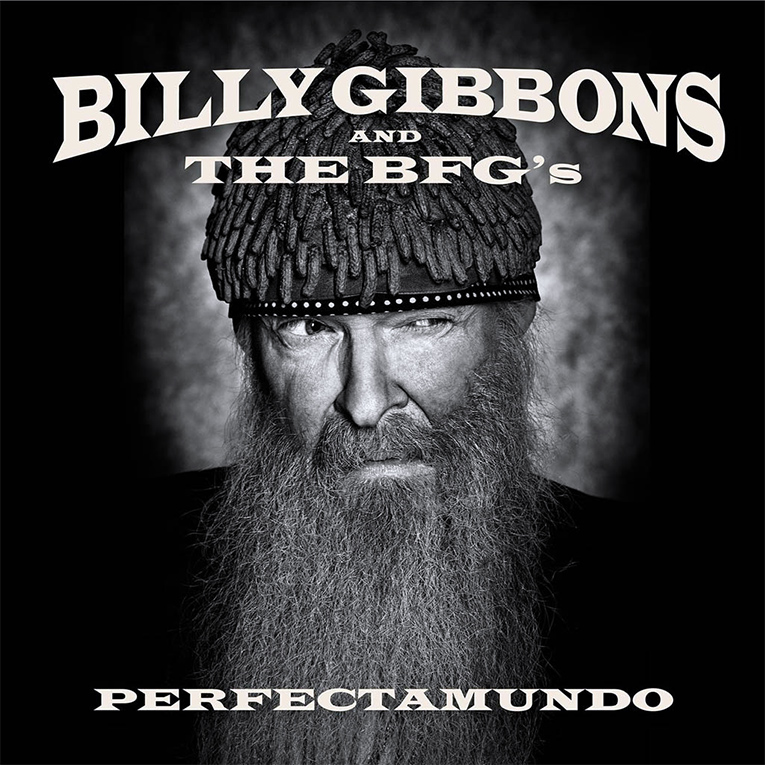 Recorded in five studios, ranging from Spain to California, Perfectamundo is heavily influenced by Gibbons’s love of Latin music and his devotion to digital technology. Tejano rhythms and Afro-Cuban riffs are thrown together into an electronic blender with large doses of Hammond B-3 organ and amped-up guitar, and Gibbons delivers it all with a sly wink and a wicked grin.

Things get off to a promising start with a crunching take on Slim Harpo’s “Got Love if You Want It,” with massive-sounding percussion (only drummer Greg Morrow is credited) and razor-edged guitar solos. Another vintage tail-shaker, fellow Texan Roy Head’s “Treat Her Right,” is a worthy follow-up, delivering a Latino backbeat worthy of War and some tasty piano by Martin Guigui. Gibbons contributes a particularly tart solo, but the ride ends after just two minutes.

Some beautifully recorded National steel slide guitar ushers in “You’re What’s Happenin’, Baby,” a Gibbons original, but it quickly shifts into what sounds like a ZZ Top outtake, with organ, congas, and a rap interlude added. Gibbons’s leering lyrics, which sounded ironic in the era of “Tush,” “Legs,” and “Tube Snake Boogie,” now sound more than a bit creepy coming from a 66-year-old. “Pickin’ Up Chicks on Dowling Street” presents more of the same -- heavy on the groove and innuendo, but light on the guitar.

Disappointingly, things do not pick up from there. While fans of Gibbons’s trademark guitar sound will find solos to savor on almost every track, electronic beats and digital sound effects dominate, and the leader seems to be grasping to stay current by including hip-hop elements on songs like “Quiero Mas Dinero” and the title track.

Put this on at a party and it will likely light up the dance floor with some interesting reactions, but for fans of one of the best guitarists of his generation, Perfectamundo sounds like an opportunity squandered.