I’ve never completely bought into the idea of a distinctive “ECM Records sound,” by which is meant an austere, spacious, dry soundstage developed by label head Manfred Eicher for the artists he records. For one thing, the ECM catalog is far too broad, and the studios and engineers they employ far too diverse, for there to be any such uniformity. Another argument against the concept is that Eicher is too much a believer in capturing the true nature of artists to impose a soundstage on anyone. That’s not to say that he isn’t known for imposing his opinions on his artists, but they are more about artistry itself and not sonic aesthetics.

That said, I believe deeply in the idea that some musicians write, arrange, and perform music in a way that reflects their geography, the dominant climatic conditions, and the mood around them. There is, indeed, a “sound of North.” It’s a concept pianist Glenn Gould explored, and it’s an idea I’ve heard improvising musicians like Canadians Paul Bley and Kenny Wheeler muse about. Many musicians in Norway, Denmark, Sweden, and Finland are believers, which helps explain why a distinctive ECM Records sound became the focus of discussion during the time when many of their recordings featured Northern artists like Jan Garbarek, Jon Christensen, and Terje Rypdal, along with Bley and Wheeler. 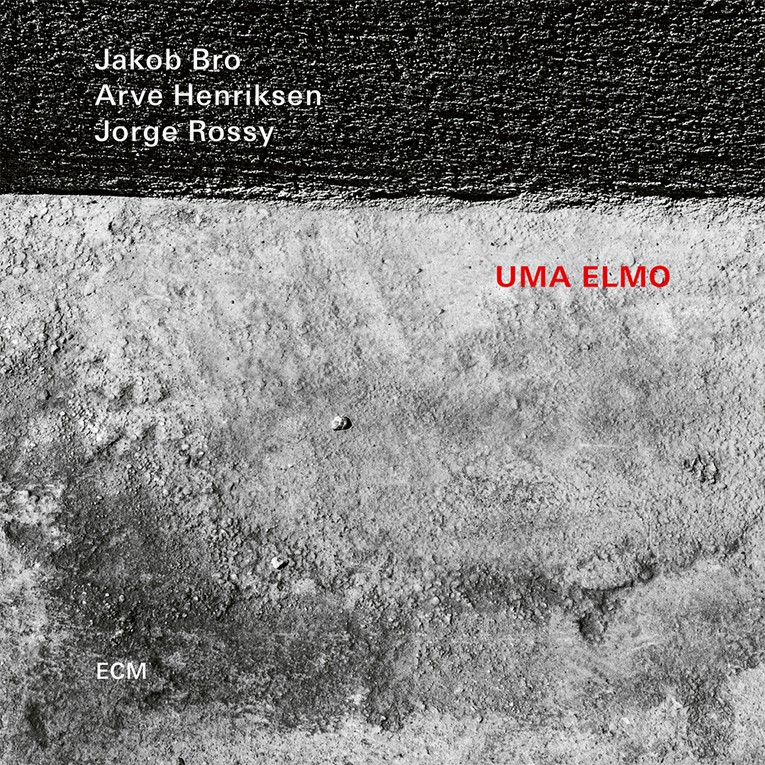 On his fifth album for the label under his leadership, Danish guitarist Jakob Bro has made a recording that epitomizes the sound of the North, and the fact that Eicher is onboard—providing direction and naming of one of the tunes on Uma Elmo—is just happenstance. Take a northern artist, place him at home with a toddler, distance him from his bandmates, and then attempt a recording in the center of Europe during a global pandemic: it’s safe to guess the result will not be a joyous romp through the Great American Songbook.

No, Bro’s trio date with trumpeter Arve Henriksen and drummer Jorge Rossy is filled with starkly beautiful gestures, heartbreaking reverence for friends lost, and space. On Bro compositions like “Reconstructing a Dream” and “Sound Flower,” the space between phrases is enormous, the pacing meditative, and the mood ethereal. Henriksen’s trumpet on both is so breathy and weightless in places that it more closely resembles a flute, and Rossy’s percussion assumes the role of textural accents rather than rhythm.

Not surprisingly, Bro’s musical touchpoints include masters of minimalism like Wheeler and drummer Paul Motian, both of them former employers. The gorgeous “Slaraffenland,” an early composition from 1999, and “Reconstructing a Dream” both date from Bro’s time with Motian and reflect the late drummer’s philosophy of not wasting a note.

“To Stanko” pays tribute to yet another of Bro’s mentors, the late Polish trumpeter Tomasz Stanko, with a simple guitar line and a wispy trumpet conveying its absolutely heartbreaking melody. It’s well matched with the melancholy “Music for Black Pigeons,” which the guitarist dedicates to saxophonist Lee Konitz. 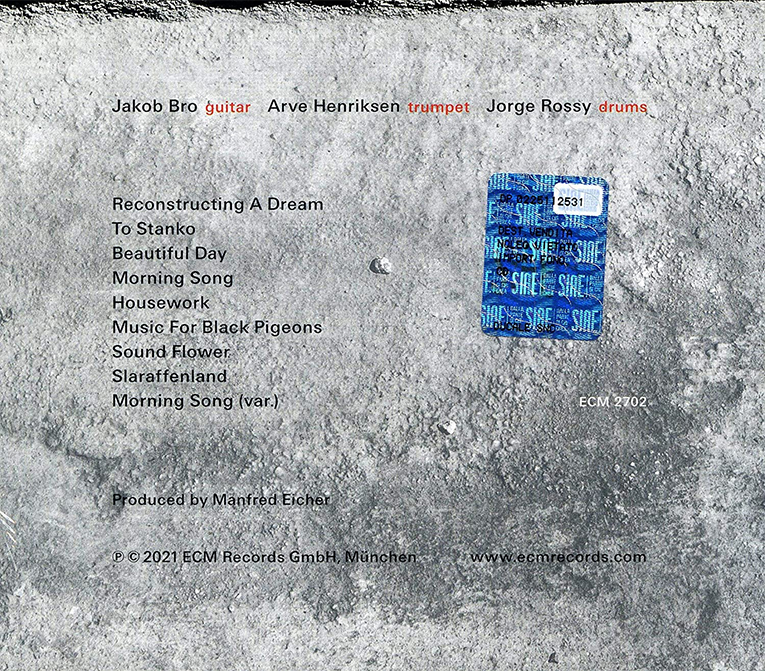 What Bro has in common with Motian, Stanko, and Konitz is a love of communicating emotion through music without being overly expressive. Subtlety and restraint are key, as is highly sensitive interaction between the musicians. Those elements require equally sensitive recording, and engineer Stefano Amerio, who has been at the board for some of ECM’s best albums in the past few years, has created a soundstage that is deep and resonant. His work capturing Henriksen’s horn is particularly strong.

Rare for an ECM project, the trio repeats one piece—entitled “Morning Song” by Eicher—that they played through once on each of the two mornings in the Stelio Molo concert hall in Lugano. While as spacious and quiet as everything else on Uma Elmo, these variations convey more expectation and lightly restrained energy, a dash of optimism and light in a program colored by a period of uncertainty and isolation.