"History Is Made at Night"

Love Conquers All, Even Love at First Sight

Love at first sight, lasting or not, is a fairly common theme, especially in film, where rules can be easily broken. The romance in the 1937 film History Is Made at Night presents a telling example. It’s the type of movie you can expect from director Frank Borzage, for whom love conquered all. Though not on the level of the director’s other work—A Farewell to Arms (1932), No Greater Glory (1934), or the somewhat revisionist Billy the Kid (1941)—the film is nonetheless an interesting testament to love and features splendid performances by its leads.

At the outset, in Paris where the film begins, Irene Vail (Jean Arthur) is trying to escape from her tyrannical shipping magnate husband, Bruce (Frankenstein’s Colin Clive). He’s arranged to catch her in a bogus tryst by having his driver pretend to be her lover. Famed headwaiter Paul Desmond (Charles Boyer) hears the uproar and steps in, pretending to be a jewel thief. He abducts Irene and places her in a taxi. During the ride, he returns her jewels and discloses that he is no thief. In the meantime, the furious Bruce kills his driver and later tries to frame Paul for the murder. 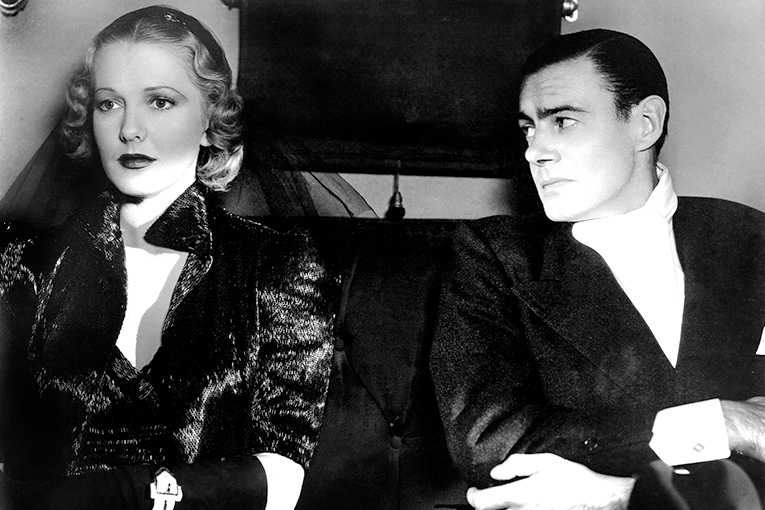 The cab takes them to Paul’s place of employment, an elegant restaurant, complete with a small orchestra. As they arrive, the establishment is closing for the night, but Paul convinces friend and owner Cesare (Leo Carrillo) to open it again, plying the orchestra members with champagne to get them to stay on—something apparently no one in France is capable of refusing. Paul and Irene end up literally dancing the night away to the orchestra. They fall in love—and since this is a romantic movie extreme—it is much more than infatuation. Each imagines they will be together forever.

But events intervene, and the manipulative Bruce forces Irene to return to him, whisking her off to America. Lovestruck, Paul follows but has no idea where she has gone. Determined to find her again by enticing her with French food, he finds a French restaurant in America, and convinces the owner to hire him so he can bring it up to Paris standards. When news of the restaurant’s reputation spreads, Bruce takes Irene there in an attempt to win back her affections by tempting her with fine food, and the lovers are reunited. Then, on an ocean trip back to France, the ship (ironically, owned by Bruce) hits an iceberg, and the movie quickly transforms into a disaster flick. But that’s one of the truly remarkable things about this film—it easily and seamlessly transitions from melodrama to romantic comedy to disaster film without ever missing a beat. 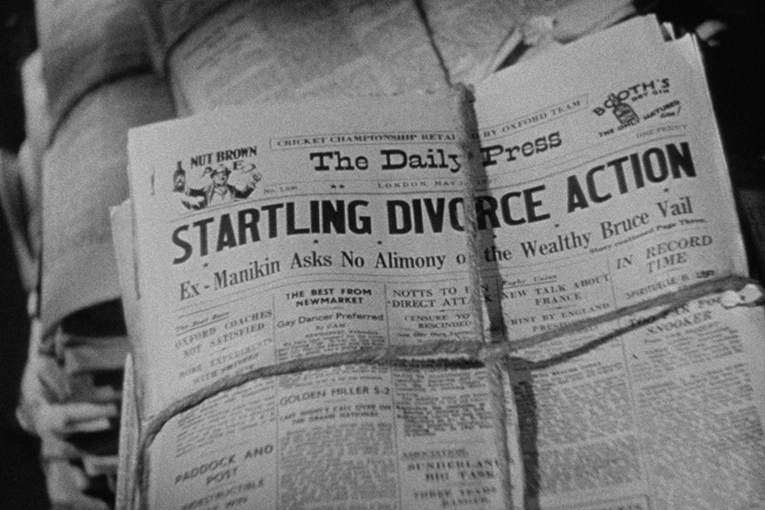 Arthur and Boyer are charismatic leads. On paper, you might assume they’re not at all well suited—a rough-edged American woman and a suave French man. But onscreen they click and make their almost impossible connection quite believable. Carrillo, as Cesare, provides excellent comic relief. But the production seems quite dated to this 21st-century viewer, and it has something of an outmoded style that can at times feel stilted.

The black-and-white original has been lovingly restored and transformed into a 4K print. This restoration is dramatically demonstrated in the extras. I was particularly impressed at how the technicians were able to restore the shipboard scenes that feature incessant fog. Criterion, as usual, has done a bang-up job of bringing this print to Blu-ray. The images are clean and detailed, the contrast is very good, and the overall result looks nothing like an 80+-year-old movie. The soundtrack is also quite good. The dialog is clean and Alfred Newman’s lush, ultra-romantic score can be heard to sometimes great effect.

In addition to presenting details of the restoration, the extras include a discussion between Hervé Dumont (author of Frank Borzage: The Life and Films of a Hollywood Romantic) and film historian Peter Cowie—an interview that reveals much about the film and its director. There’s also an interview with critic Farran Smith Nehme about Borzage’s emphasis on romantic love, plus an audio interview with Borzage and a radio adaptation of the movie by The Screen Guild Theater. This latter track is a very bad transfer with poor sound. 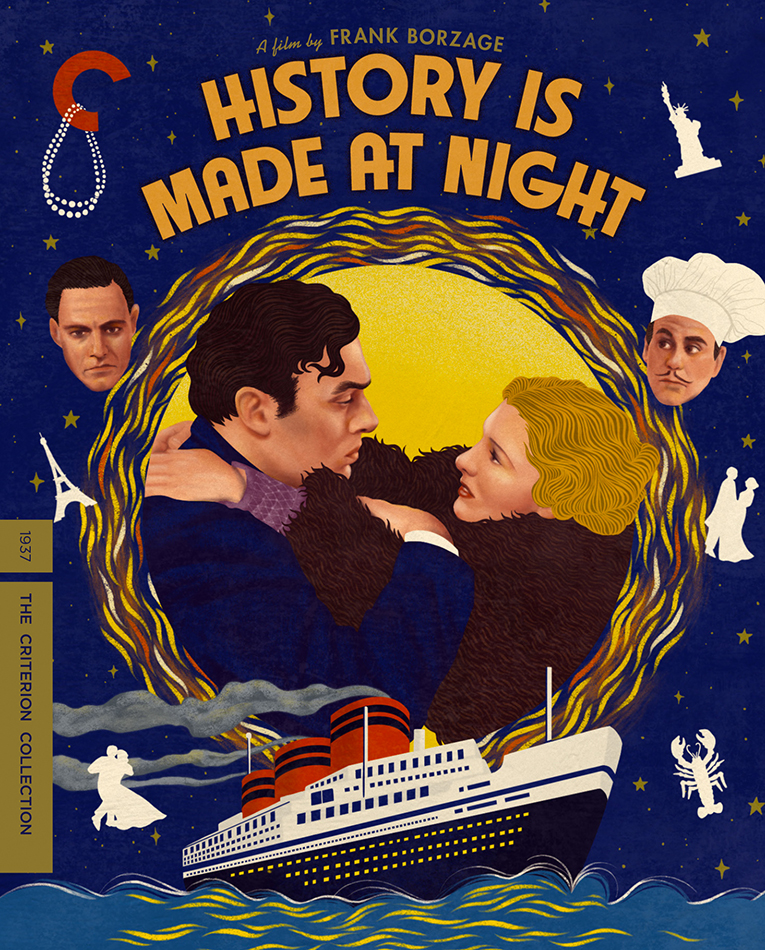 Can love at first sight last forever? After seeing History Is Made at Night, you’re liable to believe so. Its leads are very convincing, and the movie transitions seamlessly from one style to another. Parts of it are greater than the sum of the film itself, but it is still worth seeing, although perhaps as a rental rather than a purchase.

Be sure to look for: The lighting in the opening scene is quite amazing, creating silhouettes and shadows and adding tension to the events happening on screen. You’d almost think the movie was going to be a film noir.