What CES 2015 Means for the Future of Audio

As I write this, I’ve been back from the 2015 Consumer Electronics Show for two weeks. I’ve had some time to think about what I saw and heard, and chat with manufacturers and other journalists. I haven’t talked to anyone who thought this CES revealed any big breakthroughs in audio, but even while I was still there, navigating the human glacier that was the Las Vegas Convention Center and making my way through the crowded hallways of the audio exhibits at the Venetian, a few clear trends were emerging. 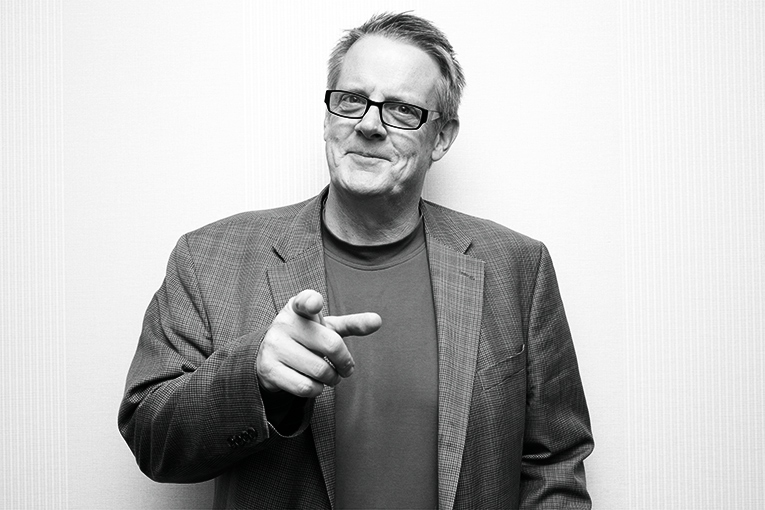 The Demise of the Bad Fashion Headphone: At the previous three or four CESes, the iLounge in the North Hall of the LVCC had always been packed with very stylish but mostly not very good-sounding headphones. (I’m being charitable.) I’m talking about brands like Fanny Wang. Last year, I spent hours auditioning lots of fairly cool-looking headphones in the iLounge, searching mostly in vain for something that could make my plus-50-year-old form look slightly hipper but not offend my audiophile ears. This year, I spent maybe 20 minutes at the iLounge. Then I bailed -- there just weren’t many headphones there. 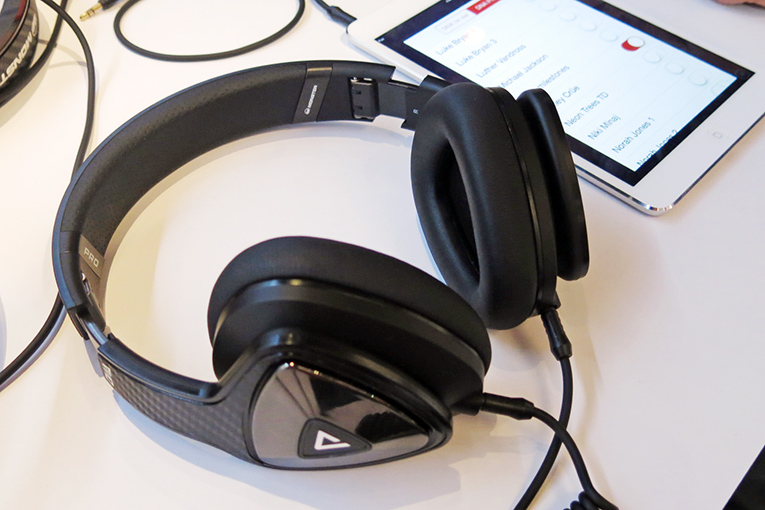 There were plenty of headphones over in the South Hall, and a few in the Central Hall, but those were all made by pretty serious companies, such as Audio-Technica, Sennheiser, and SMS. I can’t recall having seen there any obvious hunk-o’-junk ’phones. Even Monster, which has become notorious for CES press events heavy on fashion and celebrities yet devoid of actual audio technology, launched a new version of its DNA Pro headphones, the DNA Pro 2.0, that sounded really good when I heard them in the company’s booth in the Central Hall.

I guess marketing flashy headphones that sound like crap didn’t work. Hey, even Beats has gotten a lot better of late.

The Rise of the Audiophile Headphone: I was shocked and thrilled to see at CES how many companies were launching headphones that promised -- and may well deliver -- true audiophile-grade sound. HiFiMan, a company already revered by audiophiles, demoed a new ultra-high-end model, the HE-1000. AudioQuest, which practically invented the miniature USB DAC (e.g., the DragonFly), showed what I thought were the most impressive new headphones at CES: the NightHawks ($599 USD). Audeze, which makes what some enthusiasts (including this one) consider to be the best headphones in the world, launched the EL-8, which, at $699, is by far the company’s least-expensive model to date. 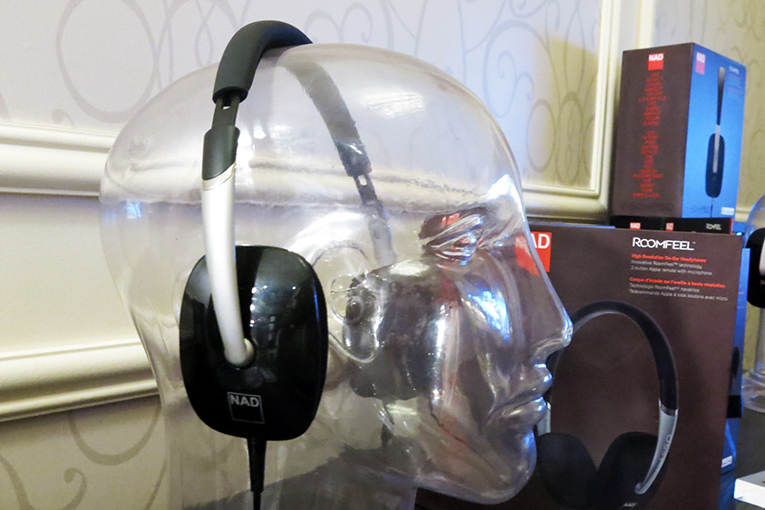 Strapped-for-cash audiophiles, too, could find some great buys at CES, most notably NAD’s new Viso HP30 ($229), an on-ear version of the HP50, my own reference ~$300 headphones.

Even Gibson -- yep, the guitar guys -- showed what seems to be a promising line of high-end ’phones. Not only were they gorgeous, thanks to design inspiration from the company’s classic guitars, but the prototypes I heard sounded really, really good.

Hi-Rez Audio, meh. CD-Rez Streaming, Yay! If anything was the buzz of CES 2015, it was Tidal, the new service that streams losslessly compressed audio at full CD resolution. So many manufacturers were talking about it, and so many I talked with are already using it. Tidal is being incorporated into many high-end audio products, including such ultra-exotic items as Dan D’Agostino Master Audio Systems’ M-Life integrated amplifier ($48,000). At $20/month, Tidal costs twice as much as most streaming services -- but with real CD quality, it can be said to offer truly audiophile-grade streaming. 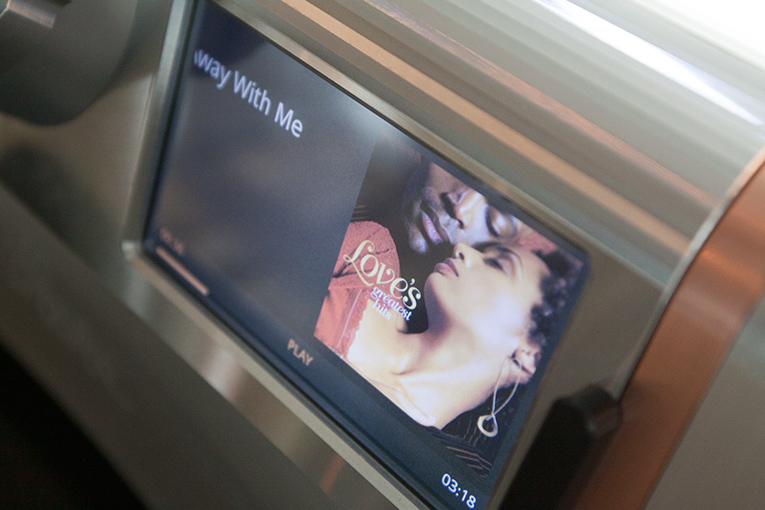 Meanwhile, every new DAC or digital preamp or headphone amp-DAC now boasts at least 24-bit/192kHz high-resolution audio, and many (if not most) now add DSD, and support for PCM files up to 32/384. But was anyone at CES really excited about hi-rez audio? No one I talked with -- unless, of course, they were employed by a company that’s promoting hi-rez.

Good affordable tower speakers: They say three makes a trend, so really good midpriced speakers must be trending. I heard three promising towers that cost in the vicinity of $2000/pair: the GoldenEar Triton Five, the RBH Signature Series SV-6500, and the Revel Concerta2 F36. Which sounded best? I have no idea -- I heard each in a different room, with different ancillary gear and different recordings. 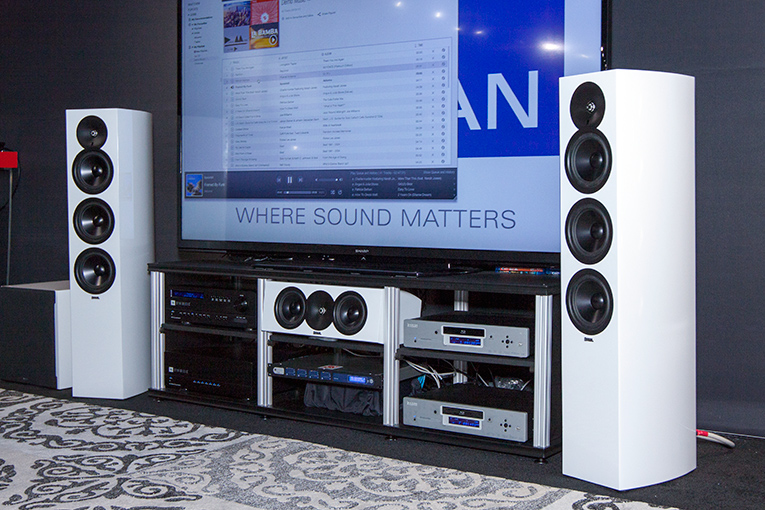 The one that most surprised me was Revel’s Concerta2 F36, for how close it sounded to my own Revel Performa3 F206 towers ($3500/pair). The Revel reps at CES expressed the same sentiment. But I expect I’ll get to hear, and perhaps even compare, all three models sometime in 2015, so maybe I’ll have a firmer opinion by next fall.