Media Players and Servers: Something for Everyone

The convergence of computers, the Internet, high-end audio, and home theater is the hottest thing in home entertainment right now, with new media players and servers seemingly announced every week. In fact, any old computer can be considered a media server, with the ability to store media files and stream them to a monitor or TV. The computer I’m writing this on -- an Acer laptop with Gigabit Ethernet, wireless-N, HDMI output, and Intel High Definition Audio -- is a capable media server. It also has the Windows 7 Media Center interface. I’m not sold on this computer’s audio capability, but an external DAC can be added to its USB port for excellent sound. And with its 11.6" screen, weight of under four pounds, and nine-hour battery life, it’s excellent as a portable device as well.

But this is the computer I regularly use for writing, and constantly plugging it into and out of my home theater and audio system is a hassle. If you’re in a similar situation, there are many solutions in every price range to meet your media-playing needs. 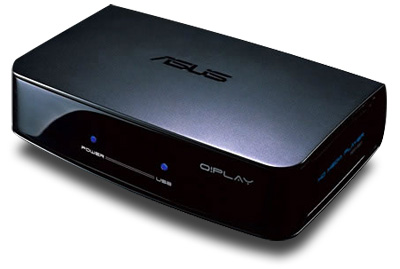 Media players play content from your network or the Internet through your audio system and TV. Over the past year I’ve used two such devices from the budget end of the market: the Asus O!Play R-1 ($99 USD) and the Western Digital TV Live ($149.99), to serve my living-room audio system and my basement home theater. They’re essentially the same, with one big difference for audio enthusiasts: the Asus O!Play will play 24-bit/96kHz audio files that you can download from such websites as HDtracks.com. The best thing about these players is that they’ll play almost any media you throw at them: video files and photos, and music files from MP3 to lossless FLAC. Western Digital’s TV Live has a nicer interface, so navigating files is a better experience. The only drawback is that with neither of these can I compile playlists of my favorite songs; finding and playing tunes is tedious.

Another inexpensive streamer is the recently announced and revamped Apple TV ($99), with which you can rent films and TV episodes via your iTunes account or from Netflix. Another cool feature of the Apple TV is also available with the Western Digital TV Live: the ability to watch YouTube videos. I can punch in "double rainbow" and, instead of crowding around my computer, share some laughs with my family in the comfort of my living room. One limitation of the Apple TV is its maximum video resolution of 720p; the Asus and WD players can play video in full-resolution 1080p.

Moving considerably upmarket, the Linn Klimax DS lists for a cool $20,000. This music-only media player plays MP3s, and FLAC, WAV, and AIFF files of up to 24-bit/192kHz resolution. Linn considers the Klimax DS to be their best music player and has spared no expense in making it their highest-resolution audio player of any kind. In fact, they think it’s so good that they’ve stopped making CD players. Still, I’d have a hard time justifying spending $20k on a Klimax DS, especially as Linn’s Majik DS costs only about a tenth the price.

An essential feature common to most of these media players is an Ethernet connection, which makes it possible for me to share files among all the computers and both media players in my networked systems. Invoking file sharing on my computers allows my media files to be visible to the media players. But a better solution is to have a network attached storage (NAS) device. If you have a networked audio system, I strongly urge you to store your files on an NAS, so that you can back up your files. 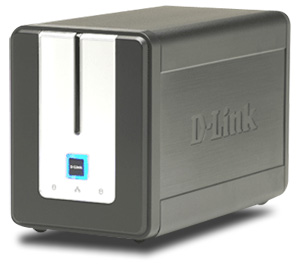 I have the excellent D-Link DNS-323; the beauty of this two-bay storage device is that it supports RAID 1, a scheme in which all of your files are backed up twice, to two different hard drives. If one drive fails, I can rip it out, and the RAID controller can rebuild the hard-drive array with a new drive without losing my media files. My D-Link’s two 1.5TB drives have plenty of room for all my files.

Other useful built-in features of the D-Link DNS-323 are its iTunes server and Universal Plug and Play (UPnP) A/V server. The iTunes server permits detection of the NAS device within the iTunes player so that all of my computers can share music. The UPnP A/V server permits detection of my NAS by any compatible A/V player, so that I can stream media files over my network.

How do these players look and sound? Surprisingly good, and far better than their $100 street price would suggest. CD-quality tracks have the punch and resolution of a good CD player, and high-resolution audio tracks sound excellent -- the dynamic range and lack of noise are astonishing for such cheap players. And the video looks nearly as good as from a standalone Blu-ray player.

Higher in price are media servers that include hard drives for storing media files. One of the more affordable and most intriguing is the Olive O3HD ($999), which has a 500GB hard drive for storing FLAC, WAV, MP3, and AAC files. It also has a free app that makes it possible to control the Olive from an Apple iTouch or iPhone, including browsing files and creating playlists. Under the hood is a 24/192 Cirrus Logic DAC, so hi-rez audio files can be played. And with the built-in CD-RW drive, you can create CDs from the stored music files as well as rip CDs to the Olive’s hard drive.

At the other end of the price spectrum is Kaleidescape, which has been at the forefront of media-server technology for some time. Their 1U server starts at $10,000, and can be expanded with additional 1Us. Each 1U contains a 2TB hard drive in a proprietary RAID-K hard-drive array. I don’t know exactly what a "K" array is, but it provides backup and rebuild capability, so your media files are safe in the event of hard-drive failure. Because these are only storage devices, you need to buy one of Kaleidescape’s media players, the M300 or M500 ($2495 or $3995). The M500’s Blu-ray ripper lets you copy BDs to its hard drive, although, to satisfy copyright laws, the original BD must be present in the disc tray before the M500 will play the movie. An entry-level price of $12,495 for a player and server is a lot of money, but the system has incredible versatility, a wonderful user interface, and file-backup capability.

Another two-piece server-player is the Vidabox RackServer V2 (starting at $3299), which can stream media content to a maximum of ten extenders, such as their ThinClientHD, which looks to be a Windows-based Media Center PC. One feature of this system that’s sure to appeal to audiophiles is DualRip, with which you can rip an audio track to two formats at the same time: MP3 and a lossless format such as WAV or FLAC. You can store the MP3 on your iPod, and still have a lossless version for listening to on your high-end system. The entire Vidabox system is upgradeable and expandable, with RAID-arrayed hard drives as an option.

Although this is just a small sample of the vast number of media players and servers out there, you can already see that there’s something for everyone in every price range, and that a network-based storage system can also be affordable and convenient. I can attest to how well the cheaper products work and sound; while you give up some slickness in the graphic user interface, not much money can still buy you a very satisfying and secure system for viewing and storing your media files.