Ever since the huge success of Sonos’s wireless home sound systems, other manufacturers have been trying to imitate or surpass them. Bluesound seems to have come closer than anyone, albeit at premium prices. The Pulse Flex 2i might be their smallest and least costly model, but it’s packed with features, if still pricey at $299 USD -- but those features, which include a nifty app and the ability to stream from just about any source, will make it worth that price to many. 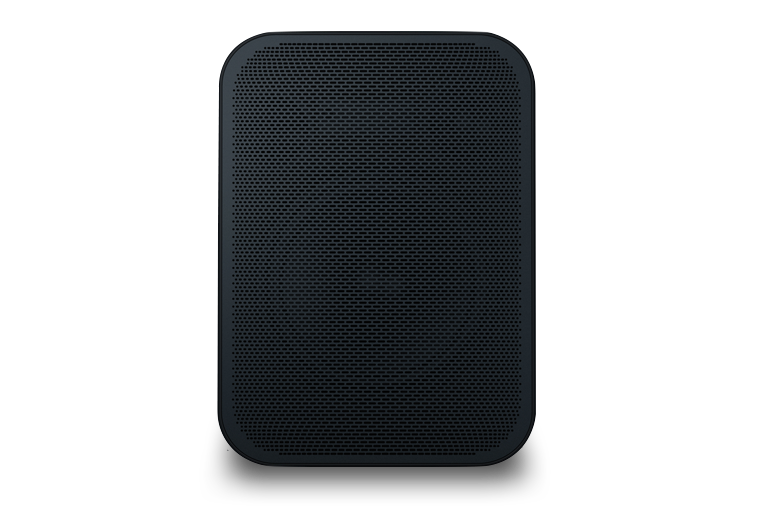 Surprisingly, no image of the Pulse Flex 2i appears anywhere on its box -- Bluesound seems to assume that potential buyers will have already seen the product in a showroom or ad. Inside are the speaker, two power cords (one each for US and EU outlets), an optical-to-3.5mm adapter, a quick-start guide, a warranty information booklet, and a license agreement. Missing was a full printed instruction manual, a must for a device this pricey and complex. The three-page quick-start guide basically tells you how to plug in your player, download the BluOS app, and add the Pulse Flex 2i to your network. I suppose the last might be just as simple as it sounds for many users, but it wasn’t for me.

The Pulse Flex 2i is basically a rectangular box with rounded corners, and side panels with very wide bevels. Its front, entirely covered by a speaker grille, measures 7.2”H by 4.92”W, its rear panel only 7”H by 2”W. The depth is 3.9”. It weighs a whopping 3.5 pounds. It comes in black or white standard; add $29 for blue or gray. The rock-solid construction is of hard and rubberized plastic. You can also make the speaker entirely portable with the clip-on Pulse Flex battery pack ($80), or hang it on a wall with the swiveling Pulse Flex wall-mount bracket ($60). 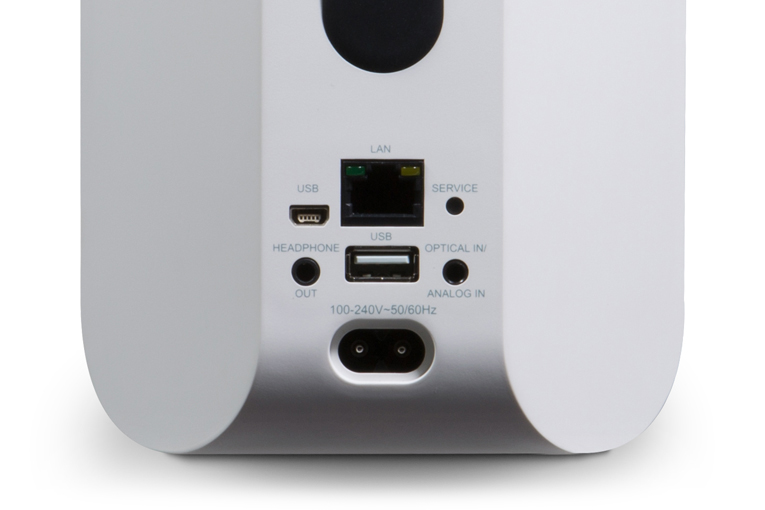 The front and sides are unadorned, without model name or even the Bluesound logo. On the rear are all the inputs -- USB, Ethernet, combo analog/optical, Mini-USB for servicing -- and a headphone output. On the top panel are the backlit controls: a round button for Play/Pause flanked by two rocker switches, one each for Next/Previous and Volume Up/Down. Below these is a row of five buttons, numbered 1 through 5, to be used for presets. These presets need not all select from the same family of sources. One could be set for an Internet Radio station, another for a subscription radio station, and a third to your music library. There’s no Power switch: The Pulse Flex 2i senses whether or not a signal is being sent to it and turns itself on or off accordingly. Behind the speaker grille is a single LED that turns different colors to indicate the currently selected function.

The Pulse Flex 2i supports bit depths of 16 to 24, sampling rates of 32 to 192kHz, and these file formats: AAC, AIFF, ALAC, FLAC, MP3, MQA, OGG, OPUS, WAV, WMA, and WMA-L. All good news -- this speaker won’t go obsolete by the time you get it home. In fact, it will probably get better -- its network capability allows it to easily receive updates via download. In fact, there was one waiting for me the first time I used the Bluesound, to enable Apple AirPlay 2.

With the Pulse Flex 2i you can surf the Internet at no charge for hundreds of radio stations, and connect via Bluetooth 4.1, which uses aptX for better fidelity. The Bluesound is Bluetooth capable, so you can pair headphones to it for listening. The Pulse Flex 2i will also play files from your computer library and from other apps. Already installed are support for Amazon Music, Deezer, Juke, KKBox, Murfie, Napster, Qobuz, SoundMachine, Spotify, Tidal, and many others. And if all other options are exhausted, you can plug almost any device into the Bluesound’s 3.5mm jack. 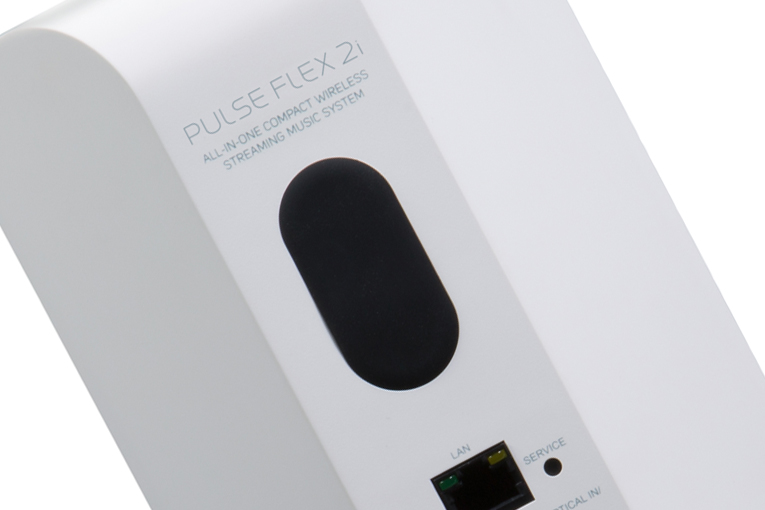 To really enjoy using the Pulse Flex 2i, you must download the free BluOS app to your device or computer. But Bluesound has also provided this little speaker with an infrared sensor -- the Pulse Flex 2i is compatible with many universal remote controls. One thing of interest about the app is that it lets you configure a pair of Pulse Flex 2i’s for true stereo sound -- and Bluesound claims that, with five Pulse Flex 2i’s and a powered subwoofer, you can have true 5.1-channel surround sound.

I was not one of those fortunate enough to get everything connected correctly by using only the quick-start guide. After I’d installed the app, the steps were clear, but my Wi-Fi network didn’t react as it was supposed to. I was beginning to think that the only thing I’d done right was plug the Pulse Flex 2i into the wall! I had to call Bluesound tech support. A most knowledgeable tech guy first had me connect the speaker via Ethernet, then talked me through the next steps, promising that when we were finished I’d never have to do it again. So far, he’s proved absolutely right. I’ve now been connecting wirelessly with the Pulse Flex 2i for over a week with no problems. And because the Bluesound is now connected to my network and I’ve installed the app on my computer, I can control it from just about anywhere in the house.

The Bluetooth was easy to pair, and once it was part of my network, Internet Radio stations were easy to find. Hooking up other apps was pretty easy: Click on the app, and you’ll probably get a notice to go online and join. Not many of these subscriptions are free any more. I already subscribe to Amazon Prime, and had no problem finding the music I wanted there. 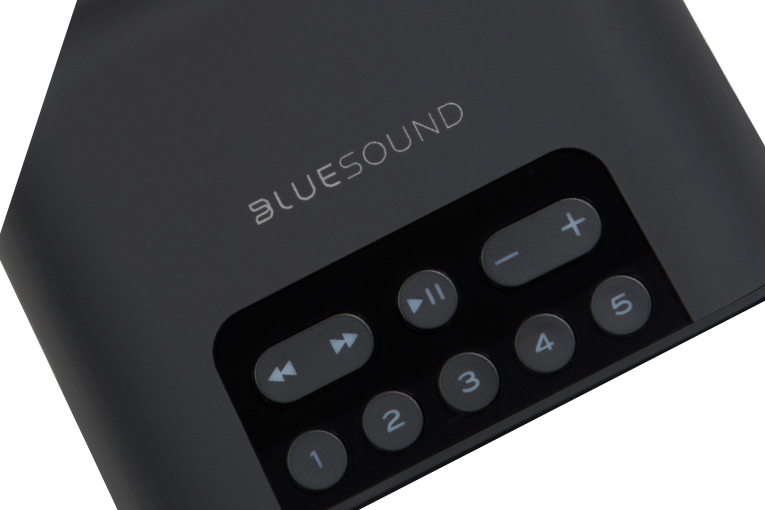 Connecting to my own music collection was a bit trickier. I had to call tech support again, and finally we got a few of my tunes loaded. This time, I spoke with a guy named Wesley, who remotely took control of my computer and quickly made the necessary adjustments, explaining what he was doing as he went along. Overall, I found Bluesound’s service unparalleled -- as good as Logitech’s in the heyday of their Squeezebox Touch.

In short, the neophyte buyer should be prepared to devote a little bit of time to setting up the speaker. But once I’d spent that time, I found Bluesound’s BluOS app powerful and fun to use. For one thing, I found out how to dim or even turn off the obnoxious backlighting of the Pulse Flex 2i’s top-panel controls, as well as the LED behind the front grille.

Bluesound states that it aims for sound that is balanced evenly from top to bottom -- i.e., flat -- and to let the music determine the sound’s timbre and character. They also want their speaker to be able to play loud and have evenly focused bass.

The Pulse Flex 2i didn’t entirely fulfill these promises. It did play loud, and it did give an impression of king-size bass from a pint-size cabinet. But a boost in the midbass and upper bass and a slight rolloff in the treble, while it made the sound rich, robust, and full, was not always the most accurate. I suspect that the Bluesound engineers deviated a bit from their stated philosophy and bumped up the Pulse Flex 2i’s midbass to make this little speaker sound bigger than it looks. 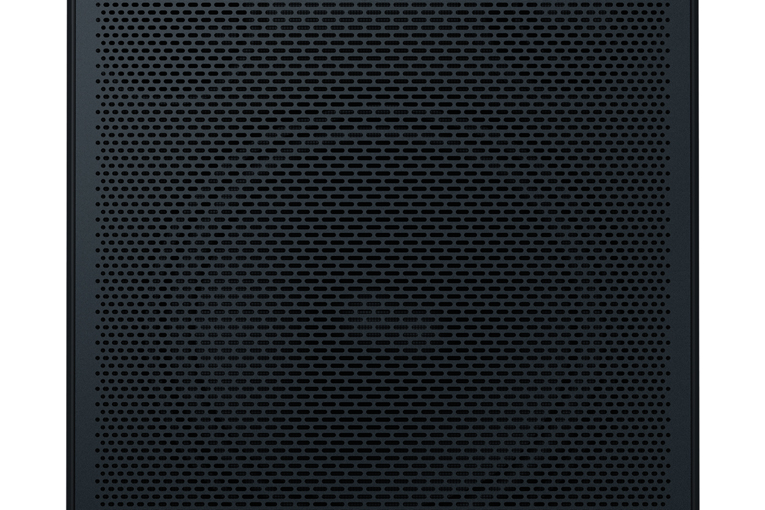 I began my listening with Mahler’s Symphony No.6, played to a turn by the Duisburg Philharmonic led by Jonathan Darlington (24-bit/96kHz FLAC, Linn/Acousence). Not surprisingly, the opening military march in the cellos and basses sounded awesome, with lots of presence and bite. A little later on, a cymbal crash shimmered authentically. The Pulse Flex 2i’s emphasized bass obscured some details in the woodwinds, but nonetheless, the sound was pretty exciting for a small mono speaker. It also proved to me that streaming from my computer via Wi-Fi sounded a heck of a lot better than Bluetooth, though Bluesound’s implementation of Bluetooth is a lot better than most.

I found Federico Guglielmo and L’Arte dell’Arco’s robust performance of Handel’s Water Music (16/44.1 ALAC, CPO) appealing, as usual, with all frequencies solidly presented, and the single bass and cello to the fore in this recording of a small chamber orchestra. The Pulse Flex 2i made it sound like a small army.

Considering its reproduction of classical music, I expected the Pulse Flex 2i to sound good with rock’n’roll. I wasn’t disappointed. David Bowie’s Let’s Dance (16/44.1 ALAC, EMI) had lots of thumping bass, and guitars and drums came through with plenty of bite. The highs, especially the cymbals, were ever so slightly subdued.

If you’re the sort of listener who, confronted with an equalizer, keeps the midrange and upper frequencies flat while boosting the bass two or three clicks, well, that’s what Bluesound’s Pulse Flex 2i does -- you’ll love it. It’s the first speaker of its size that I’ve heard that doesn’t have to apologize for a lack of bass. Still, some will prefer a more balanced sound. 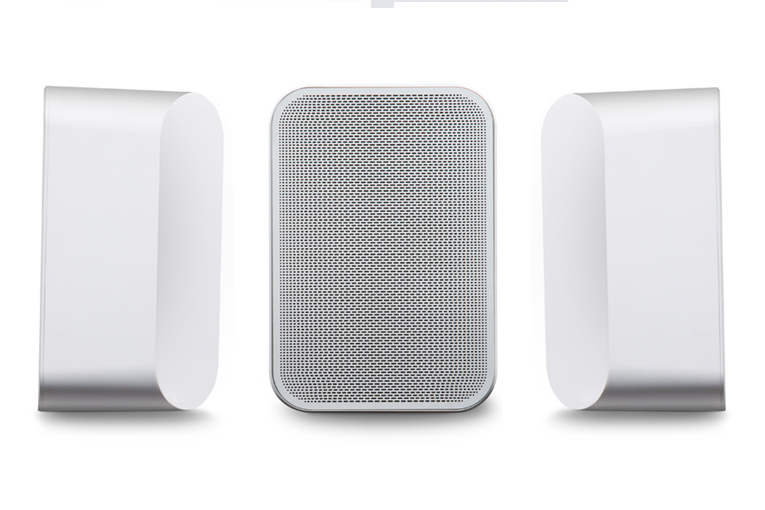 I’m still a fan of separate source components, preamplifiers, power amplifiers, and passive speakers. But nowadays it seems that most younger listeners -- and many older ones -- prefer not to own stacks of bulky separates, and instead choose powered speakers that can be controlled from a smartphone or other portable device. If such a listener likes prominent bass and is on a budget, he or she might really like the Pulse Flex 2i. It could even be the start of a compact home-theater system that could be assembled incrementally and somewhat affordably by adding speakers, or a soundbar and powered subwoofer. (Bluesound’s wireless Pulse 2i soundbar costs $799, its wireless Pulse Sub $599.) Having all Internet Radio stations available via Wi-Fi and being able to control the Pulse Flex 2i from virtually anywhere in the house are big pluses. And with the addition of the battery pack, you can move the speaker around at will. Last but not least, Bluesound provides some of the best tech support around -- and you’ll probably need it during setup. But after that . . . just point and tap.