Samsung Level In measurements can be found by clicking this link. 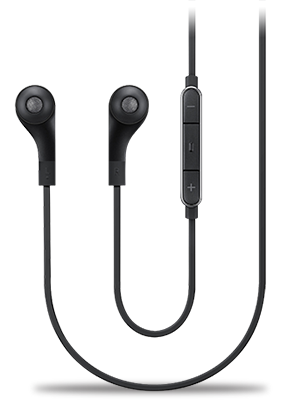 If someone told you that Samsung was offering new earphones and asked you what you thought they might be like, you’d probably guess a rather ordinary design with a generic dynamic driver and decent sound, for $30 or $40, right? Wrong. Like practically every other TV company lured by the promise of more lucrative margins than the 0.01% profit (give or take a few hundredths of a percent) now common in the TV biz, Samsung is pushing into higher-end audio products. Their new earphones, the Level In, cost a substantial $149.99 USD and are anything but generic.

The Level In -- part of Samsung’s new Level line of mildly upscale portable audio products (which they call “wearable tech”) -- is a pair of three-way hybrid earphones. Each earpiece contains one dynamic driver (basically, a tiny speaker, with a voice-coil, etc.) and two balanced-armature drivers (basically, a little teeter-totter suspended in a magnetic field and connected to a diaphragm). The dynamic driver is there to deliver strong, low-distortion bass, and the armatures to lend delicacy and detail to the midrange and treble. It’s like having a tiny three-way speaker in your ear.

A hybrid design is not an automatic path to sonic nirvana. Samsung had to cram three drivers into an enclosure barely larger than that of a typical dynamic earphone. Then they had to get the sound from the different drivers to blend inside a tiny acoustical chamber without introducing music-marring resonances.

On top of that, Samsung launched the Level In at the lowest price I’ve seen for a three-way hybrid. Sony’s three-way hybrid, the XBA-H3, lists for $349.99, and Audiofly’s three-way, the AF140 (which I recently reviewed here), costs $349.95. Can Samsung -- a company that’s never been in the headphone biz in a big way, at least not in North America -- really deliver the elevated sound quality we expect from a three-way hybrid? And for just $149.99?

Like an increasing number of premium earphones, the Level In comes with a good selection of eartips. This is incredibly important to the earphones’ performance, and arguably more so than even the specifics of the drivers -- if you get a poor seal of the tip with your ear canal, you lose bass, and usually alter the earphones’ tonal balance for the worse. The more different types of tips included with an earphone, the better chance you have of getting an ideal fit. The Level Ins come with standard silicone tips in four sizes, plus memory-foam tips in three sizes.

Also included is a small zippered case and an airplane adapter.

The memory foam in the Samsung tips is firm -- unlike with the foam used in tips from Comply, you can’t mash ’em down, shove ’em in your ears, and let the foam expand to fill your canals. Between the firmness of the memory foam, the bullet-like shape of the Level Ins’ foam tips, and my rather wide ear canals, I couldn’t get the Samsung tips to work for me -- but, of course, they might be perfect for you. I had to settle for the extra-large silicone tips, which worked fine.

Here’s one thing I totally, completely love about the Level In: Its inline remote control and microphone are made to work with Samsung smartphones and tablets instead of iPhones and iPads. How long have I and other Android users suffered the indignity of inactive or marginally functional inline remotes, even though Androids outsell Apple iOS phones seven to one? Way too long. Fortunately for us, the Level In’s inline remote/mike works perfectly with Samsung phones, such as my own Galaxy S III. Yet it didn’t work at all with my Apple iPod Touch. Unfortunately, I didn’t have the chance to test it with a non-Samsung Android phone. 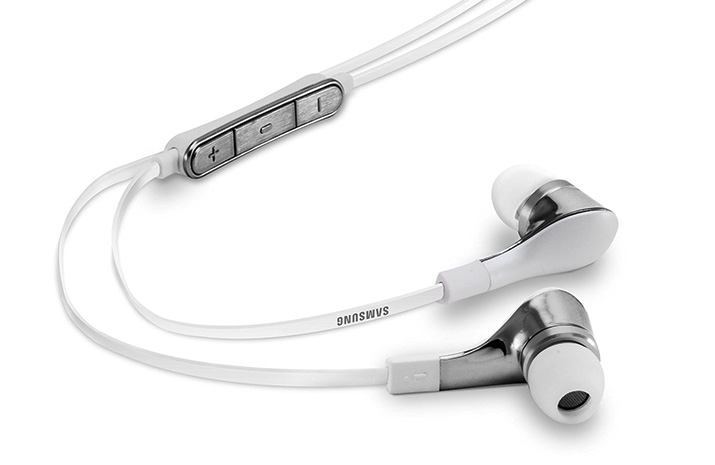 One thing many people (headphone enthusiasts perhaps excepted) will love about the Level Ins is that they don’t require over-the-earlobe cable routing, as do many higher-end earphones. They’re also light and relatively compact, so there’s little worry about the earpieces falling out as you dash through the airport trying to make a connection.

The only thing I didn’t like about the Level Ins’ ergonomics is that the L and R on the earpieces (indicating left and right) are extremely difficult to see, even in good light. But as long as you can remember that the remote and mike are part of the right-channel cord, you’re good to go.

One of my favorite test tunes with headphones, earphones, or any other audio product is “Shower the People,” from James Taylor’s Live at the Beacon Theatre (DVD, Sony). The version stored on my iPod Touch in Apple Lossless is a 16-bit/44.1kHz PCM dub taken from the DVD’s stereo tracks, which Amazon says are in Dolby Digital but which my Blu-ray player says are in 24/48 PCM. This recording is, I think, far better than the studio version, and the best part is the opening: Taylor’s ultrasmooth, unaffected voice accompanied by his gorgeous-sounding acoustic guitar.

Through the Level Ins, Taylor’s voice in this snippet was ultraclear but had an emphasized quality, with an apparent lower-treble boost that enhanced the clarity but also made him sound a bit less like James Taylor and a little more like Steely Dan’s Donald Fagen. The same lower-treble boost also seemed to increase the apparent spaciousness of the piano and backing vocals, and brought out the high-pitched glockenspiel notes, which many headphones struggle to reproduce. But overall, the Samsungs’ tonal balance was too bright to my ears. It helped when the bass came in to counteract the hyped-up treble, but still, it didn’t sound natural. 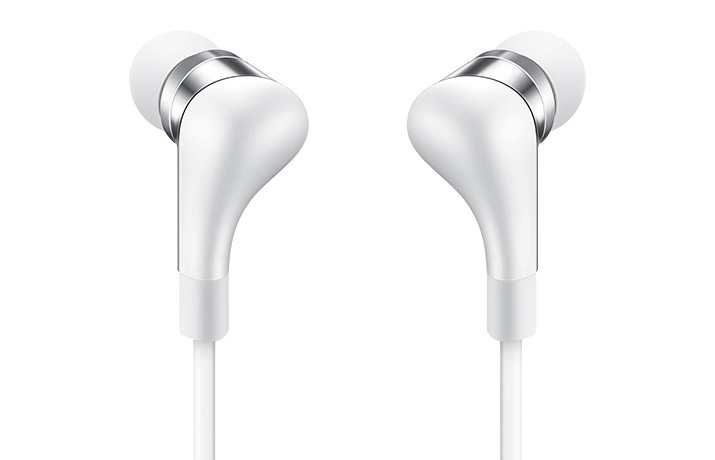 The Hanser-McClellan Guitar Duo’s La Vida Breve (256kbps MP3, JKG) is one of the cleanest, best-performed recordings of acoustic guitar that I know of. My favorite tune on the album, Jorge Morel’s “Guitarreando,” sounded distinct but too crisp through the Level Ins; I heard too much of the duo’s fingers scraping against the nylon strings of their guitars, not enough of the guitars’ body and resonance. Through different hybrid earphones -- Sony’s XBA-H1 ($149.99), a two-way model I reviewed here several months ago -- the guitars had more body, and more of the mellow sound nylon-strung guitars are supposed to have.

Wondering what the Level Ins would sound like with heavier fare, I put on “The Ocean,” from Led Zeppelin’s Houses of the Holy (256kbps MP3, Atlantic). The result was more of the same. The high frequencies of John Bonham’s snare and hi-hat were overemphasized, and seemed to mask some of the awesome ambience of Jimmy Page’s guitar chords as they echoed off walls or banged around inside some sort of mechanical reverb device. Again, the guitar didn’t have the body it should have. Switching to the XBA-H1s brought back that awesome “hammer of the gods” sound for which Zep -- and this tune in particular -- are so famous. 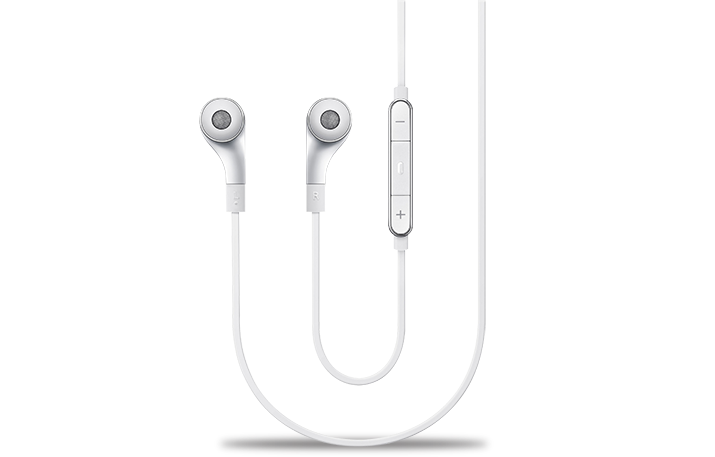 Noticing that the Level Ins’ bass sounded similar to the Sonys’, I put on “The Blue Whale,” from jazz saxophonist David Binney’s Lifted Land (256kbps MP3, Criss Cross), to better hear the differences. The low frequencies in double bassist Eivind Opsvik’s opening solo did indeed sound similar through both earphones; I didn’t develop a preference for either model’s bass. But the sounds above that instrument’s fundamental tones differed substantially. Once again, the XBA-H1s gave me more sense of the body and natural resonance of the bass, while the Level Ins overemphasized the nonmusical sounds in this recording -- Opsvik’s breathing, or perhaps his sleeve rubbing against his instrument, I’m not sure.

I’m thrilled that Samsung is making better audio products, and giving Android users the attention we deserve. I’m also impressed that the company could deliver a three-way hybrid earphone for just $149.99. And I’m impressed at the overall quality and design of the Level Ins. However, these earphones’ lower-treble peak spoils them for me. That’s disappointing -- I suspect that the Level Ins may be only a tweak away from greatness.